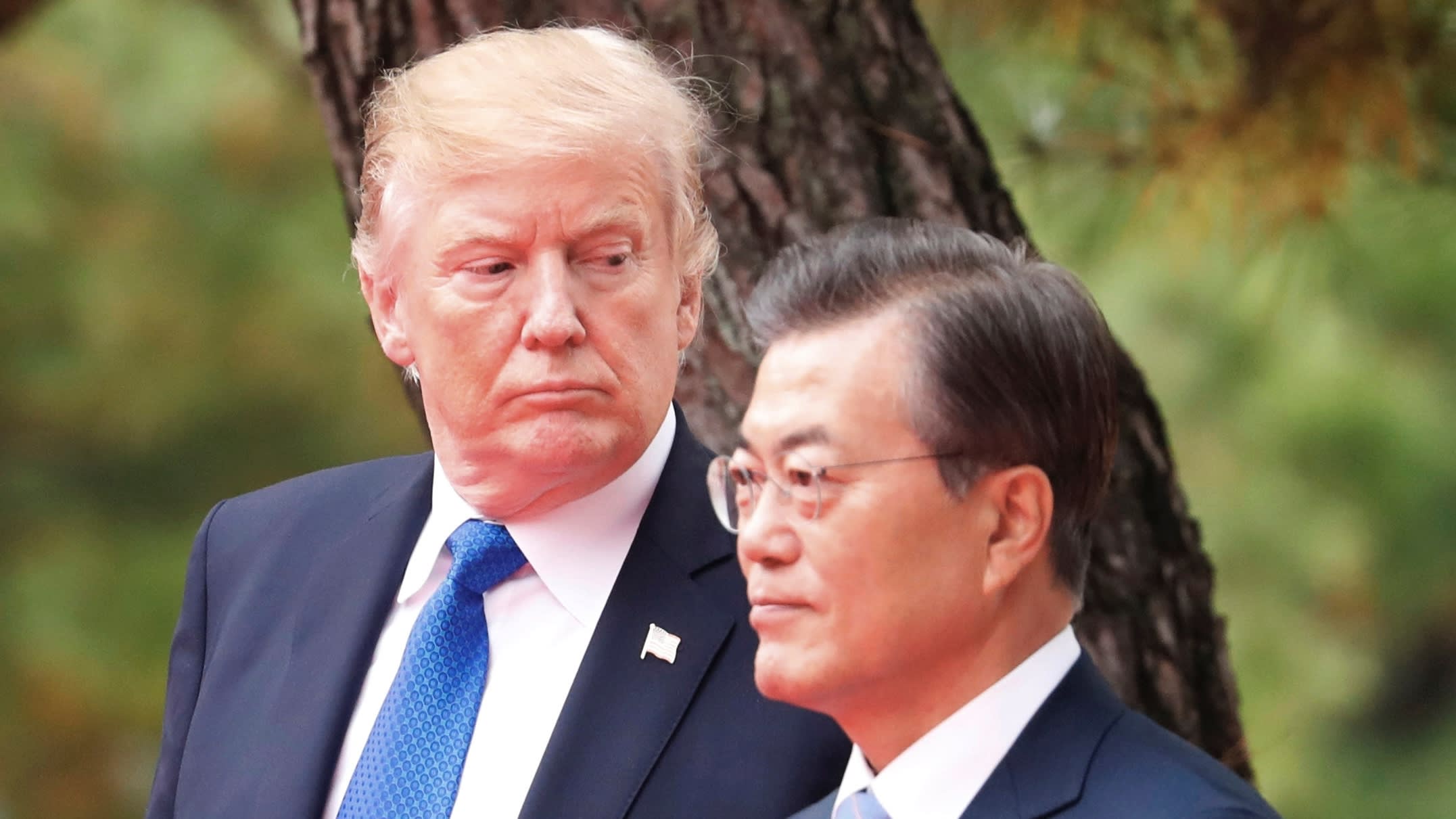 SEOUL -- The Blue House, South Korea's presidential office, on Thursday urged Washington and Pyongyang in a statement to show respect for each other. The office held a National Security Council meeting the same day, to discuss South Korean President Moon Jae-in's position as mediator as he tries to narrow the gap between the U.S. and North Korea over how to denuclearize the peninsula.

He has taken the peace broker role ahead of the historic summit between the two countries next month.

"Our government or president will take a more active mediator role," said a high-ranking official of the office, who asked not to be named. "We will tell the U.S. what North Korea's stances and attitudes are at the South Korea-U.S. summit on Tuesday. We will also talk to North Korea on the U.S.'s stance and opinions so that we can adjust their differences as well as expand their common ground."

The announcement came after North Korea said it will consider pulling out of its summit with the U.S. if the Americans continue to pressure it to give up its nuclear weapons without proper compensation. Pyongyang also issued a statement on Wednesday saying the U.S. should end its hostile actions against North Korea, referring to a joint drill conducted by the American and South Korean military.

Trump took a wait-and-see stance, saying he had not yet been notified about the summit from North Korea.

"We haven't been notified at all, we'll have to see," Trump told reporters in the Oval Office, where he was meeting his Uzbek counterpart. "We haven't seen anything, we haven't heard anything. We will see what happens."

"This is something that we fully expected. The president is very used to and ready for tough negotiations, and if they want to meet, we'll be ready, and if they don't, that's OK, too," she said.

Experts said such a move is typical of North Korea, which wants to take the initiative in the upcoming summit with the U.S.

"This kind of provocative behavior is not surprising -- it has always been part of North Korea's playbook," said Scott Seaman, a director at Eurasia Group, in a note. "In this case, Pyongyang likely aims to push back on what it views as Trump's excessive demands for a rapid and full denuclearization, while also trying to gain the upper hand in its bilateral interactions with Seoul."