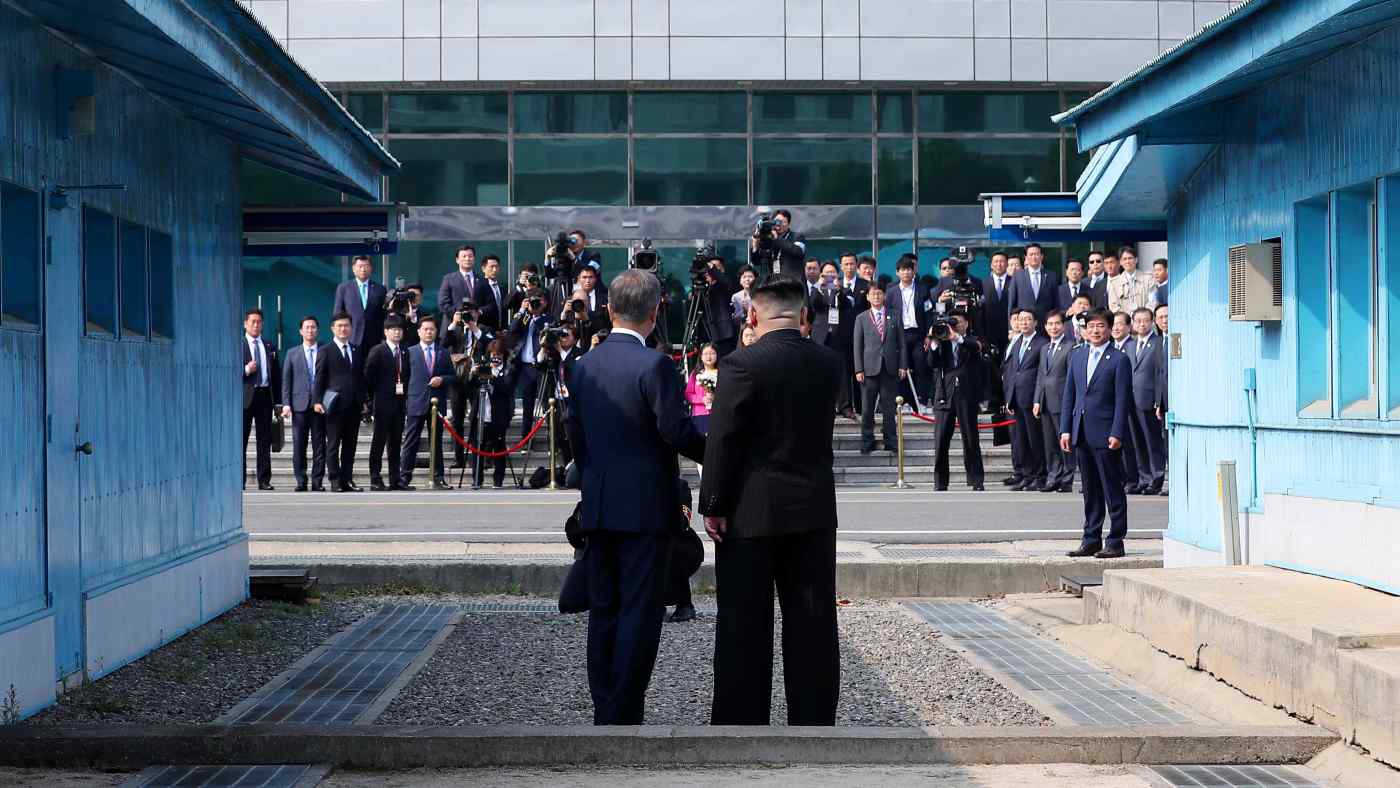 SEOUL (Kyodo) -- North Korea's leader Kim Jong Un told South Korea during summit talks that it will close its nuclear test site in May and allow the monitoring of the process externally, the South Korean presidential office said Sunday.

The pledge regarding North Korea's Punggye-ri nuclear test site in its northeast, made during the inter-Korean summit on Friday, comes ahead of planned talks between U.S. President Donald Trump and Kim.