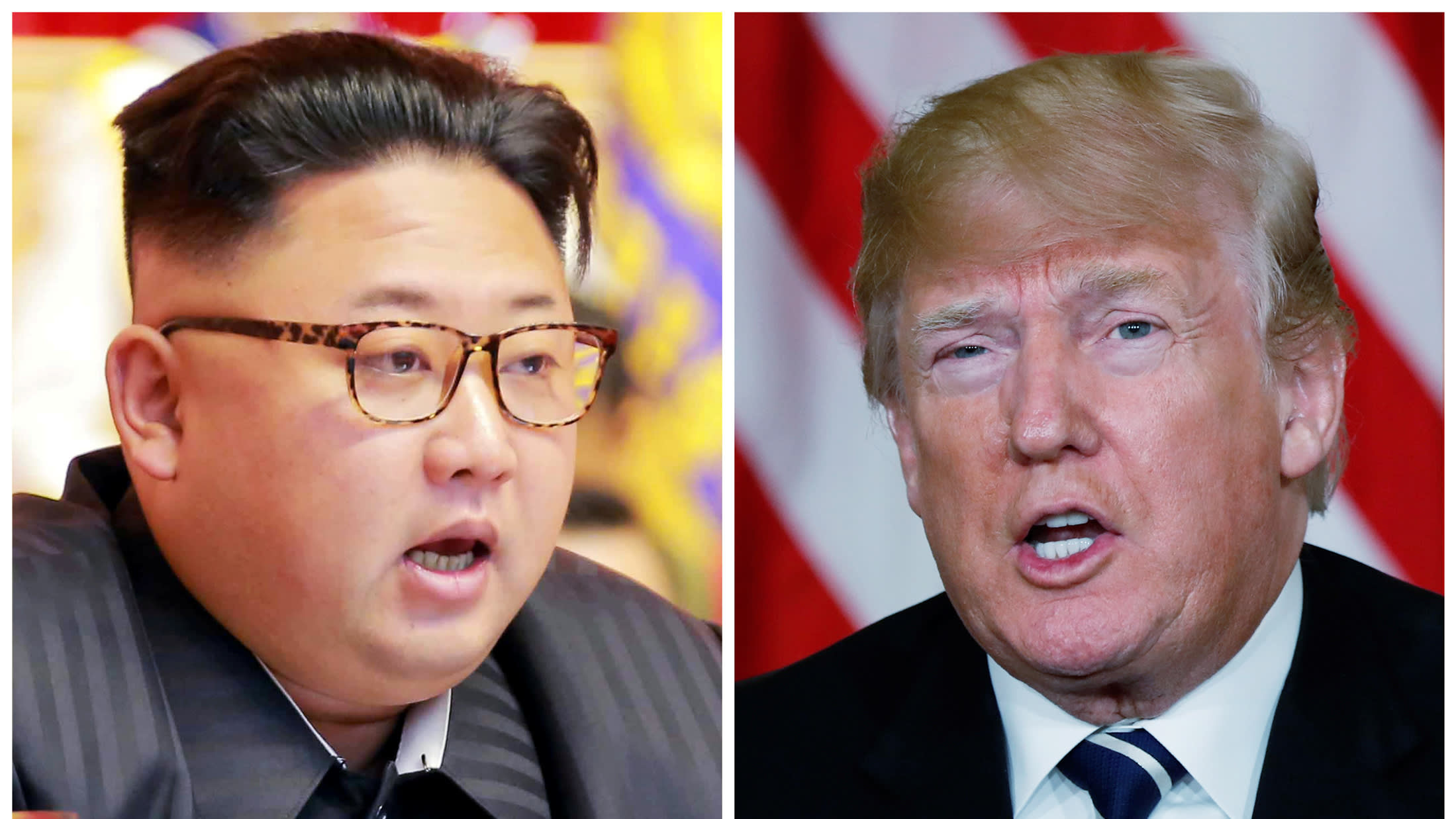 SEOUL -- North Korea on Wednesday said it will consider canceling its summit with the U.S. next month if Washington insists that it give up its nuclear weapons without the Kim Jong Un regime receiving security guarantees.

"If the Trump administration corners us and tries to force us to give up nuclear [weapons] unfairly," it says, "we will not be interested in such talks anymore and cannot help but reconsider having the upcoming DPRK-U.S. summit."

"We already expressed our willingness for the denuclearization of the Korean Peninsula, and made it clear that the precondition for denuclearization is that the U.S. end its hostile policy toward the DPRK and nuclear threats," the statement says.

The announcement marks an about-face from months of diplomatic progress and comes as Kim Jong Un prepares for a historic summit with U.S. President Donald Trump in Singapore on June 12.

North Korea's statement also expresses anger toward National Security Advisor John Bolton and other "high-ranking officials of the White House and State Department." It says these officials are spoiling the planned summit by threatening North Korea.

The statement makes clear that Pyongyang will not accept the so-called "Libyan model" of denuclearization, which requires a state to first give up its nuclear arms and then receive relief from sanctions as well as other economic incentives.

"They intend to enforce the fate of Libya and Iraq, which collapsed, on our honorable country," the statement says. "I cannot help but get angry with the U.S. treatment and doubt whether the U.S. wants to improve DRPK-U.S. relations through talks and negotiations."

In the statement, North Korea also makes clear that it is not satisfied with U.S. demands for complete, verifiable and irreversible denuclearization as well as for the complete dismantling of nuclear arms, missiles and chemical weapons.

Jin Chang-soo, president at the Sejong Institute, said North Korea's remarks are more like jockeying ahead of the summit with the U.S., and not a serious threat to pull out of the meeting.

"North Korea and the U.S. agreed on the big picture, but they still have different ideas on a detailed process. Pyongyang is trying to boost its negotiation power with such actions," Jin said.

Earlier in the day, the South Korean government issued a statement regarding North Korea's decision to suspend ministerial-level talks ahead of the Trump-Kim summit.

"It is regrettable that the North has suspended inter-Korean high-level talks with no consultation with us," said Baik Tae-hyun, a spokesman for South Korea's Unification Ministry. "The government has a firm will to carry out the Panmunjom Declaration faithfully, and urges the North side to come to the table quickly for the peace and prosperity of the Korean Peninsula."

Pyongyang called off the meeting to protest a military drill in South Korea between South Korean and American forces.

The Unification Ministry said North Korea's suspension of the meeting violates the spirit of the Panmunjom Declaration, which the leaders of the two countries agreed to during their summit in April. At the time, South Korean President Moon Jae-in and Kim agreed to improve relations and halt hostilities.

The Unification Ministry said the North had not objected to the Max Thunder military exercise during these talks. The ministry also said it agrees with the U.S. position that the drill is defensive in nature and similar to drills it holds with other allies.