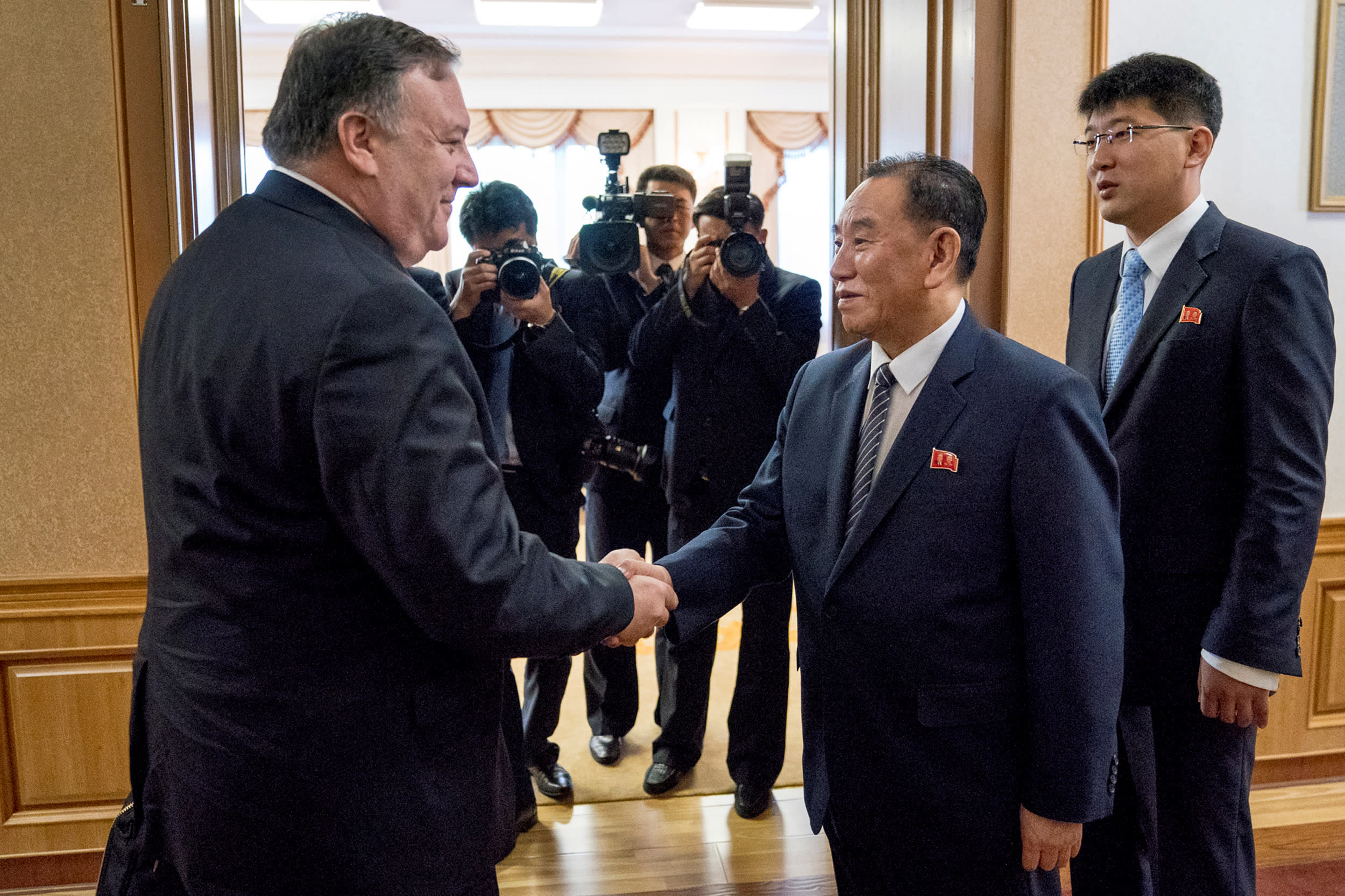 SEOUL (Reuters) --  U.S. Secretary of State Mike Pompeo is "very firm" on complete denuclearisation of North Korea as he began a second day of talks in Pyongyang on Saturday, according to a pool report from reporters travelling with him.State Department spokeswoman Heather Nauert said there has been no softening in Washington' position towards the North's denuclearisation.

She said Pompeo is being "very firm" in seeking three basic goals - complete denuclearisation of North Korea, security assurances, and the repatriation of the remains of U.S. service members from the 1950-53 Korean War, according to the report.