TOKYO -- Leaders from Japan, China and South Korea met in Tokyo on Wednesday and reaffirmed their commitment to work toward the complete denuclearization of North Korea.

Abe went on to mention the possibility of the normalization of ties with Pyongyang, "if North Korea decides to walk on the right path for comprehensively resolving issues," including the regime's nuclear and missile tests and the abduction of Japanese citizens. "The three of us have openly exchanged opinions on [what constitutes] the path."

Chinese Premier Li Keqiang admitted the talks had been intensive. "We held detailed discussions regarding the Korean Peninsula and the nuclear issues." 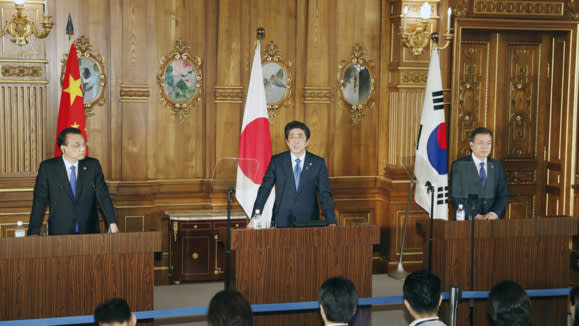 In addition to discussing the situation on the Korean Peninsula, the three leaders reiterated a commitment to supporting free trade. (Pool via Nikkei)

Li welcomed North Korea's return to the negotiating table. "China hopes to fulfill a productive role during the process."

"The three countries share [the view that] the complete denuclearization of the Korean Peninsula, lasting peace, and improved inter-Korean ties are important not only for the peninsula, but also for regional peace," said South Korean President Moon Jae-in.

The three leaders also stressed the importance of strengthening economic ties. "With our large presence in the world's politics and economy, there is nothing the three countries cannot do," said Abe. "On developing innovation, AI technology and digital collaboration, cooperation between the three countries has infinite potential," he added.

Li stressed the importance of increasing trade. "The three countries are the beneficiaries of free trade," he said. "We should proceed to globalize our economy, solve problems rationally and counteract protectionism by promoting trade liberalization." 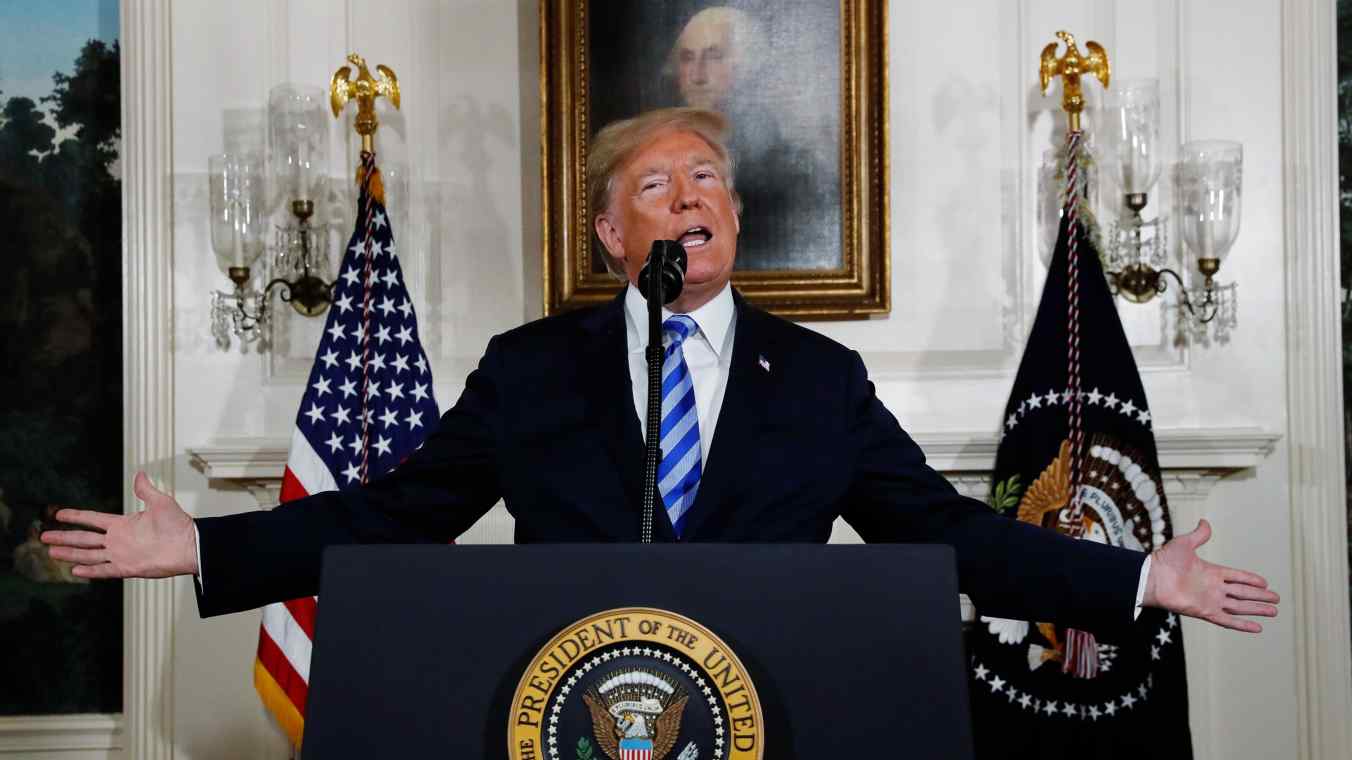 The Chinese premier suggested accelerating talks on issues such as a prospective trilateral free trade agreement and the China-backed Regional Comprehensive Economic Partnership. "Through action, we should display that our three countries support free trade," the premier said.

Li also proposed creating a new framework that would allow for additional countries to join the trilateral agreement.

"Our three countries play important roles in the world's economy and development, as we cover one fifth of the world's population and gross domestic product," said Moon. "With our power and knowledge, we can achieve peace and prosperity of the peninsula and Northeast Asia."

Wednesday's meeting marks the first trilateral summit since November 2015. Such encounters were held annually from 2008 to 2012, but became less frequent amid tensions over territorial disputes and other points of contention. A Japanese government official said that nothing significant was exchanged on these issues during the summit.