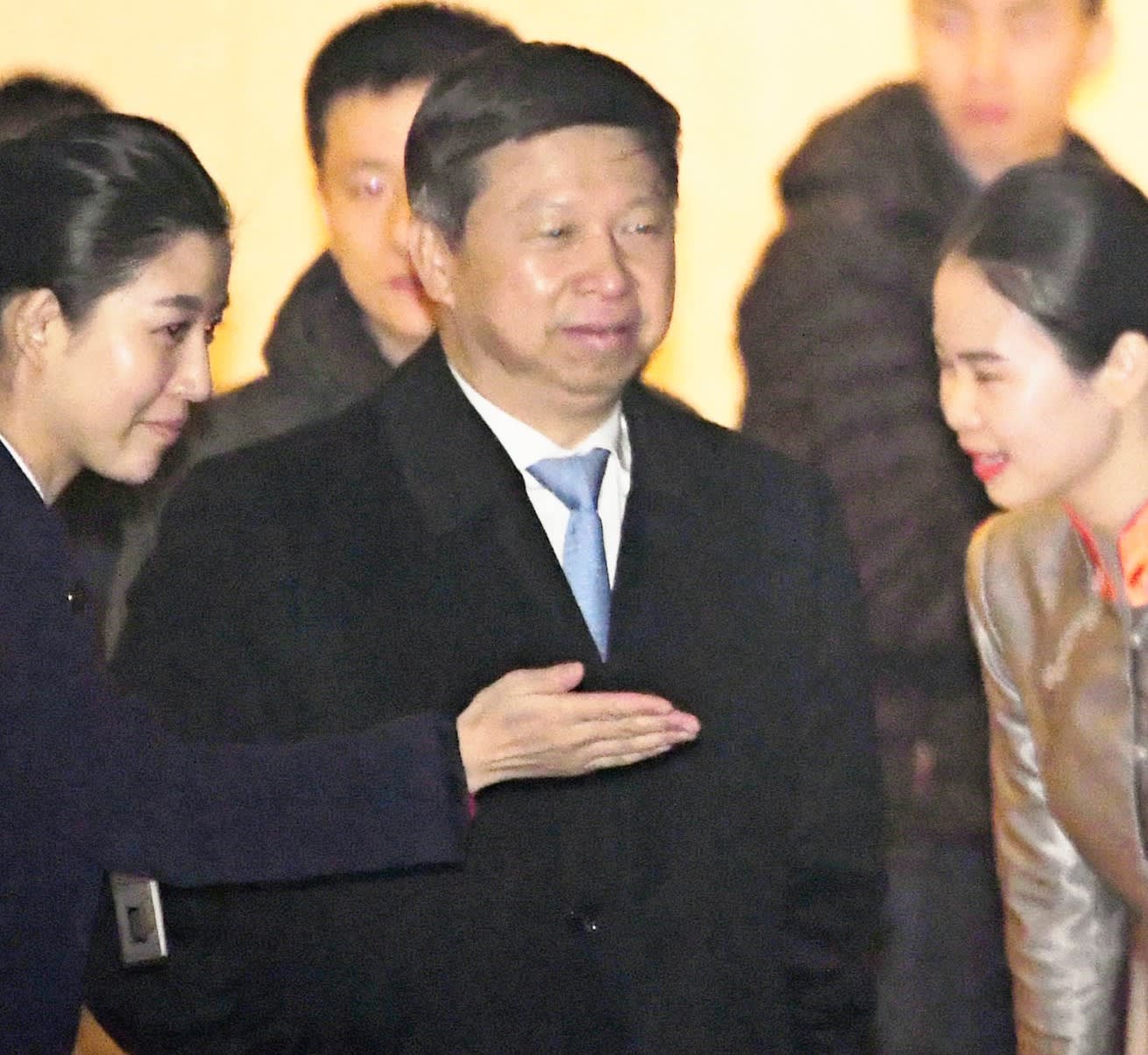 Song Tao, a high-ranking Chinese official representing President Xi Jinping, will visit North Korea with a cultural delegation in a show of solidarity with the isolated state.   © Kyodo

BEIJING/SEOUL -- A senior Chinese official who is close to President Xi Jinping will lead an art troupe to North Korea, where he is widely expected to meet with leader Kim Jong Un in a show of solidarity before the U.S.-North Korea summit.

A delegation led by Song Tao, head of the Chinese Communist Party's International Department, will arrive Friday and participate in an event Sunday marking North Korea's major state holiday, the birth in 1912 of founder Kim Il Sung, grandfather of Kim Jong Un. The current leader is likely to attend the celebration.

"The Central Committee of the Workers' Party of Korea will warmly welcome the artists of the friendly neighboring country and specially greet them," the North's official Korea Central News Agency said. It also said the visit will elevate bilateral ties "onto a new high state."

Song has been a close adviser to Xi since the president's days as a provincial leader. He attended the recent Xi-Kim summit and accompanied Kim on his tour of Beijing. He also visited Pyongyang last November as China's special envoy to North Korea but was unable to meet with Kim then.

Since Kim's visit to China, North Korean television has highlighted the allies' historic ties by airing, for the first time in four years, a documentary about Kim Il Sung's meetings with several generations of Chinese leaders. Pyongyang is apparently touting its rapprochement with its main backer to prepare for Kim's summit with U.S. President Donald Trump, planned for May or June.