Singapore likely to be the first in a series of meetings, president says 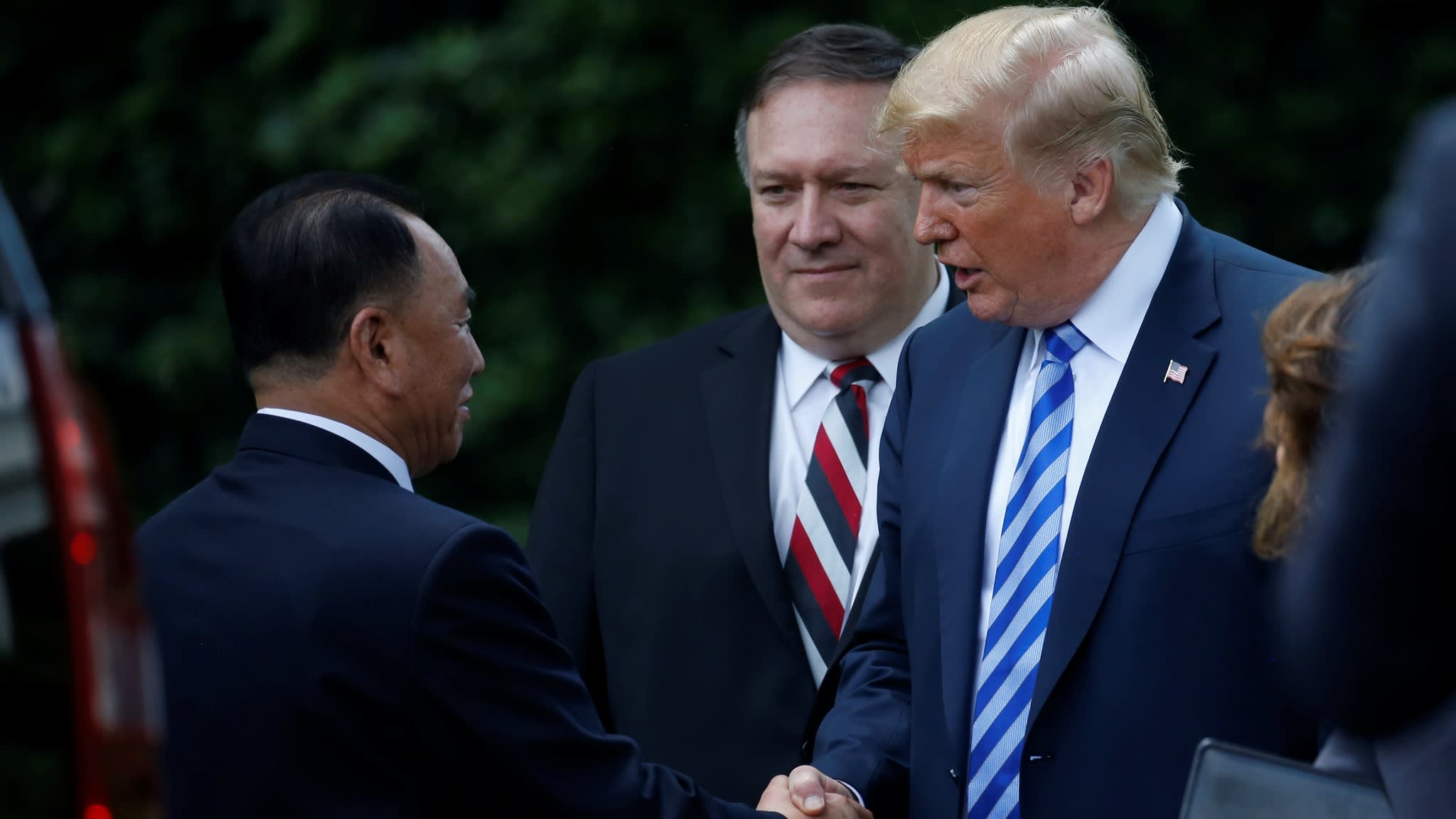 NEW YORK -- U.S. President Donald Trump said on Friday that his face-to-face with North Korean leader Kim Jong Un will be held on June 12 in Singapore as planned.

After meeting with Kim Yong Chol, a top aide to the North's leader, at the White House, the president told reporters that the summit will take place. The meeting "went very well," he said.

"I think it'll be a process," Trump said of the summit, suggesting that other meetings would probably follow.

"I never said it goes in one meeting," he said. "I think it's going to be a process. But the relationships are building, and that's a very positive thing."

"I think you're going to have a very positive result in the end," Trump said. The president also said he believes that Kim Jong Un is serious about denuclearization, Washington's key demand going into the summit.

Sanctions were among the topics discussed at the meeting, which lasted around an hour and a half. Such economic pressure would not be lifted ahead of action by Pyongyang, Trump said, but the U.S. strategy of "maximum pressure" appears to have petered out.

"I don't even want to use the term 'maximum pressure' anymore," said Trump, who noted that he looks forward to removing sanctions from North Korea.

Future economic aid to the North, he said, would likely not be an American responsibility but would come from countries in the region: South Korea, Japan and China.

Kim Yong Chol, vice chairman of the ruling Workers' Party of Korea's Central Committee, is the highest North Korean official to visit the White House since 2000. He hand-delivered a letter from his leader to the president. Trump told reporters he had not yet read it.

Kim was greeted upon arrival by White House chief of staff John Kelly before being shown into the Oval Office.

In a Thursday news conference, Pompeo showed optimism about paving the way for the first-ever summit between the American and North Korean leaders. "We've made real progress in the last 72 hours toward setting the conditions," he told reporters here.

Trump had canceled the summit last week after North Korea threatened a "nuclear-to-nuclear showdown" in response to remarks by Vice President Mike Pence.