Trump and Kim will not discuss US forces in South Korea at June 12 summit, Mattis says SINGAPORE (Kyodo) -- The United States and North Korea will not discuss the reduction of U.S. military forces in South Korea at their first-ever summit, planned for June 12 in Singapore, U.S. Defense Secretary Jim Mattis said Saturday.

His remarks came amid growing speculation that Washington may consider decreasing the U.S. military presence in South Korea if Pyongyang pledges to achieve complete and verifiable denuclearization.

Any discussions about the number of U.S. troops in South Korea are "separate" from negotiations going on with Pyongyang, Mattis said, adding the issue will not be raised in talks between U.S. President Donald Trump and North Korean leader Kim Jong Un.

"If we can reduce the threat...then of course these kind of issues can come up subsequently between (the) two sovereign democracies" of the United States and South Korea, Mattis said. But the "issue is not on the table here in Singapore on the 12th."

Mattis made the comments at a question-and-answer session following his speech at the three-day Asia Security Summit in Singapore, known as the Shangri-La Dialogue, which started Friday. 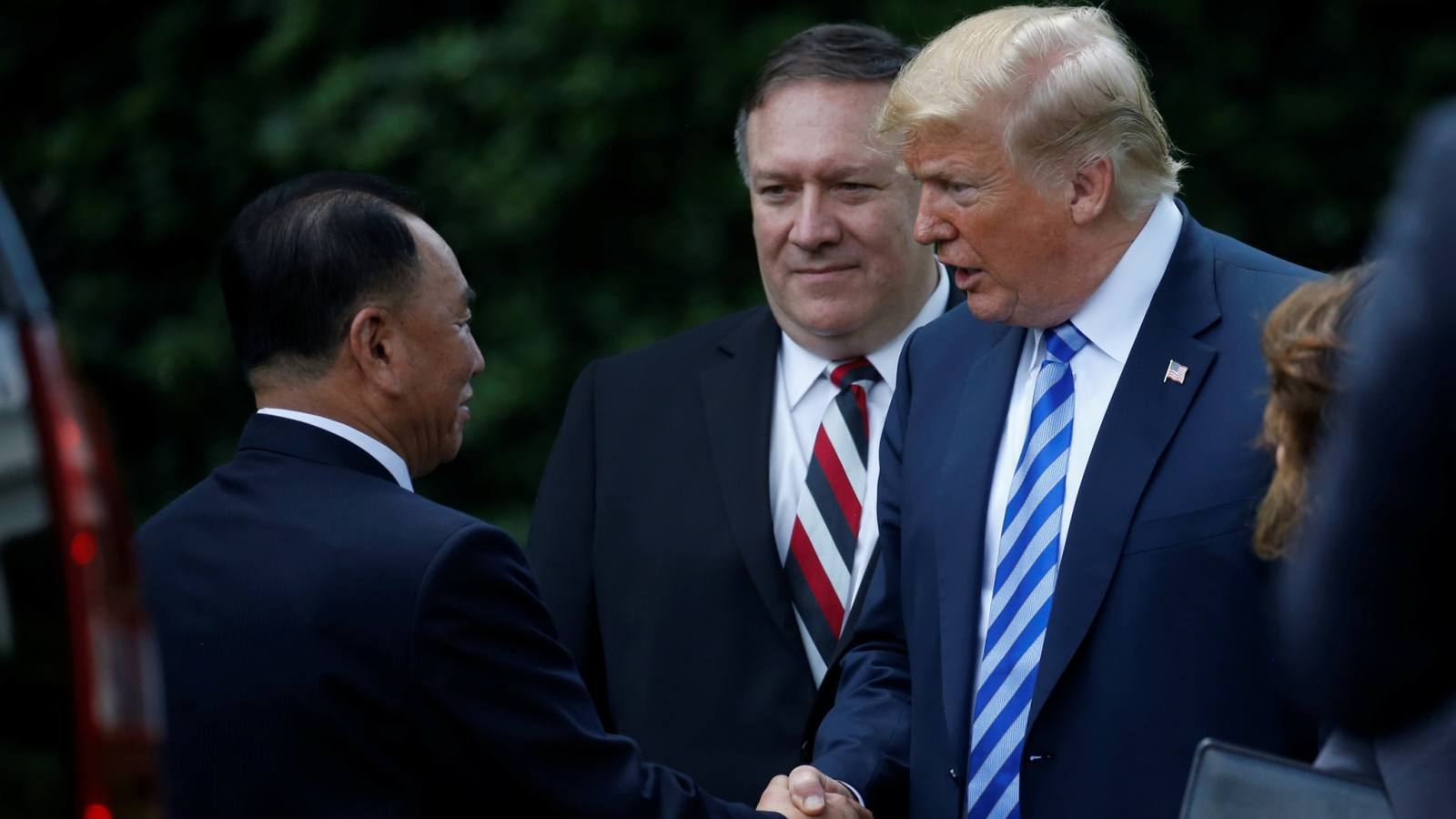 The U.S. defense chief also reiterated that Washington is seeking the complete and verifiable denuclearization of North Korea for peace and stability in the Asia-Pacific region.

Kim has committed to "complete" denuclearization, but North Korea and the United States are still at odds over how to approach that goal.

Trump on Friday reinstated a meeting with Kim in Singapore on June 12 as originally planned but suggested the two sides will not make a breakthrough in the standoff over Pyongyang's nuclear weapons program at that meeting.

While North Korea has tried to secure concessions from the United States in exchange for vowing to denuclearize in a "phased" and "synchronized" manner, Trump has urged Pyongyang to scrap its nuclear program sooner rather than later.

"We still stand for the verifiable and irreversible denuclearization of all of the peninsula," Mattis said.

Trump said Friday that he does not want to use the term "maximum pressure" on Pyongyang because the two countries are "getting along," but Onodera noted, "We recognize that pressure will be maintained." After months of sabre-rattling and missile and nuclear tests that raised tensions on the Korean Peninsula, Kim suddenly extended an olive branch, saying in his New Year's address on Jan. 1 that he would prepare for his country's participation in the Feb. 9-25 Pyeongchang Winter Olympics hosted by South Korea.

In recent months, Kim has promoted diplomacy by holding talks with South Korean President Moon Jae In and Chinese President Xi Jinping twice, separately, and he is scheduled to meet with Trump.

Japan, however, has warned against North Korea's "smile diplomacy," through which Pyongyang is apparently trying to weaken international economic sanctions against it by getting close to South Korea, China and the United States.

Onodera said, "We should not give rewards (to North Korea) only because (Pyongyang) has agreed to hold dialogue."

Tokyo will call on Pyongyang to resolve the issues of nuclear weapons, ballistic missiles and North Korea's abductions of Japanese nationals in the 1970s and 1980s, a top priority for Prime Minister Shinzo Abe, Onodera said.

Meanwhile, South Korean Defense Minister Song Young Moo, who attended the same session at the Shangri-La Dialogue as Onodera, said progress will "not be made without negotiations."

At the gathering, defense officials also exchanged views on China's military buildup in the South China Sea, with Mattis calling Beijing's development of weapons systems in the contested water "intimidation and coercion."

"China's policy in the South China Sea stands in stark contrast to the openness of our strategy," the defense chief said, expressing willingness to boost U.S. involvement in the Asia-Pacific region to counter Beijing.

A Chinese delegate to the security dialogue told reporters later Saturday that the United States has hurt China's sovereignty and security interests.

The Asian Security Summit, sponsored by the International Institute for Strategic Studies, a British think tank, has taken place every year in Singapore since 2002.

Defense officials from around 50 mainly Asian and European countries as well as the United States, are taking part in the meeting to discuss security issues in the Asia-Pacific region.