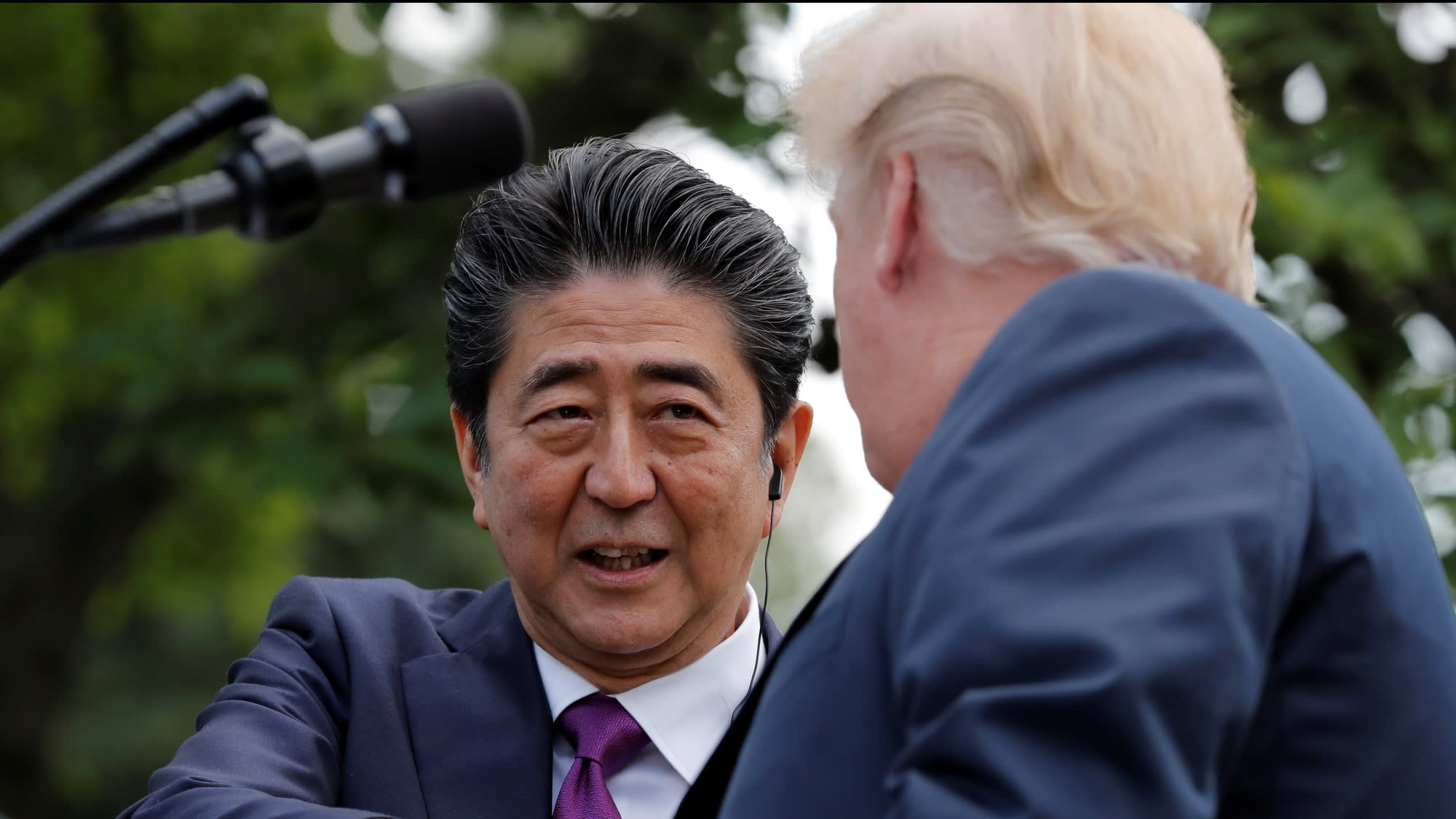 TOKYO -- The thaw between the U.S. and North Korea is putting Japanese Prime Minister Shinzo Abe's political future to the test, particularly his diplomacy heavily characterized by closeness to the American president and an uncompromising stance on Pyongyang.

Japanese officials secretly sighed in relief when U.S. President Donald Trump called off his June 12 summit with North Korean leader Kim Jong Un a few weeks ago. "It was impossible from the start and not something to be rushed," one said.

To these officials, canceling meant averting the worst-case scenario: Trump and Kim quickly grow close, the issue of Pyongyang's past abductions of Japanese nationals falls by the wayside, and Tokyo has to help pay for denuclearizing the North without a clear consensus on what the process would entail.

But the summit is now back on for Tuesday after Kim asked for another chance in response to Trump's threats. Abe immediately made his way to Washington to warn the American leader against short-sighted compromises, relaying greater concerns within Tokyo.

"Japan stands ready to make every effort to assist you for the success of the U.S.-North Korea summit," Abe told Trump in a news conference after their Thursday meeting at the White House. But "pressure" -- an Abe catchphrase on Pyongyang -- was conspicuously absent from his remarks.

As a young lawmaker, Abe took note of the abductions of Japanese by North Korea in the 1970s and '80s -- a topic few in the ruling Liberal Democratic Party paid much mind at the time. His push to resolve the issue helped him scale the party ladder and eventually become prime minister at the age of 52.

After leaving the prime minister's seat midway through his first stint for health reasons, Abe made a miraculous comeback to the top job. This resurrection was fueled by young voters supporting his hard line on Pyongyang.

This generation does not remember Japan's glory days as a rising economic power. It has instead watched the nation lose out to China in gross domestic product and South Korea in smartphones and semiconductors. But it is a generation brought up on the internet with communication tools like no other generation before it. These youths have stood by Abe even amid his recent favoritism scandals.

In the snap general election last fall, the prime minister warned against a "national crisis" -- North Korea -- and won in a landslide. Voters agreed with his perspective.

Abe is now one of the longest-serving prime ministers in postwar Japan. One key advantage over rivals in the LDP is that he already knows other world leaders. But a failure in the diplomatic arena could unravel this in an instant.

Abe invited members of the LDP's third-largest faction to dinner last Tuesday, exactly a week before the Trump-Kim summit. Their conversation there was innocuous enough. But his attempt to woo the faction, which lacks its own candidate for the party presidency, itself shows his desperation to win the post a third time in the LDP leadership election this September.

Trump is expected to continue a dialogue with North Korea until the U.S. congressional midterm elections in November. Diplomatic success would provide him with a major electoral boost as well. But Trump's triumph could ultimately upend Abe's best-laid plans.