Trump seeks joint statement with Kim to lock in gains

Detailed steps to denuclearization would be a win for president 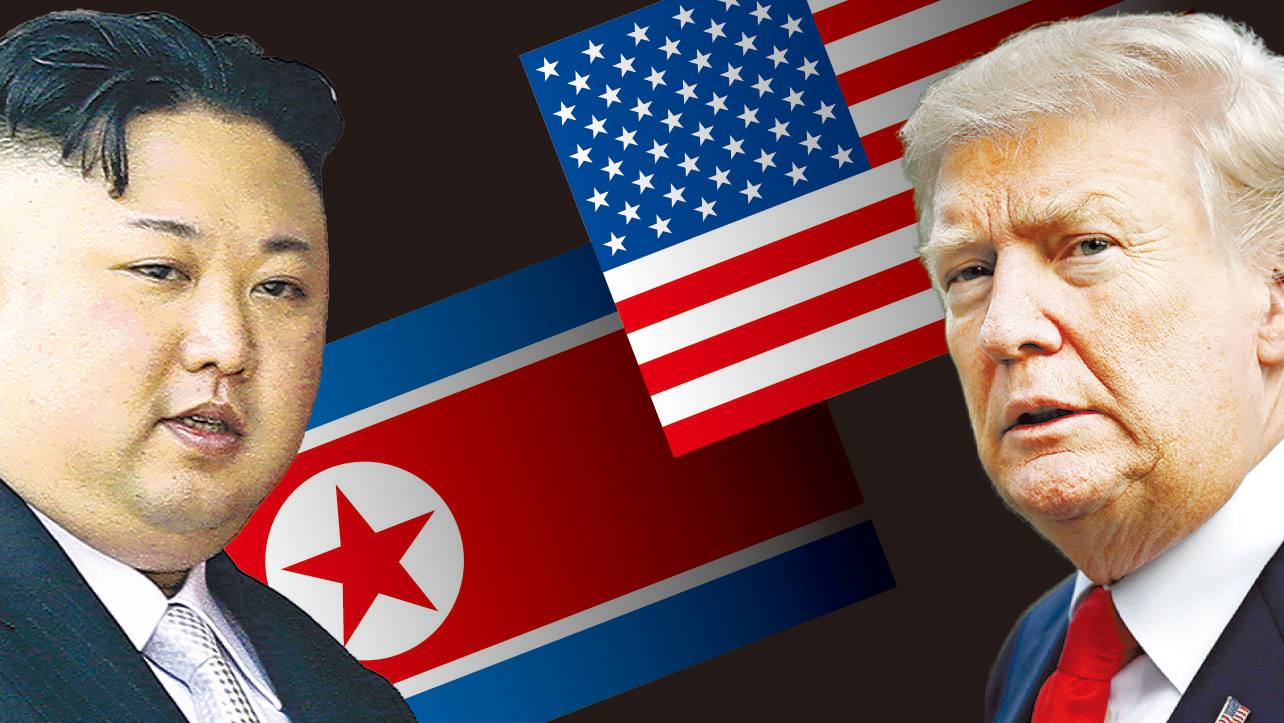 WASHINGTON/SEOUL -- As next month's meeting in Singapore between President Donald Trump and North Korean leader Kim Jong Un approaches, the U.S. is considering a joint statement that would include agreements on denuclearization and declaring an end to the Korean War.

Pyongyang has a history of breaking agreements on its nuclear program, including a framework established with Washington in 1994. The U.S. plans to add a deadline and a process for security guarantees sought by the North to give Kim more reason to abide by the deal. Japan -- which is also pushing for a deadline along with South Korea -- envisions a 2020 time frame, coinciding with the American presidential election that fall.

Washington also aims to establish as detailed a schedule as possible for such steps as International Atomic Energy Agency inspections and dismantling nuclear-related facilities. Japanese Prime Minister Shinzo Abe said in a Friday television appearance that his country "must bear its share of the costs" of IAEA inspections, given that its security is at stake.

U.S. principal deputy press secretary Raj Shah stressed to reporters on Thursday that "our policy is to ensure the complete, irreversible and verifiable denuclearization of the Korean Peninsula."

Trump aims to use the summit to notch a clear foreign policy victory ahead of November's midterm congressional elections. At a Thursday rally in the Midwestern state of Indiana, the president said he would meet with Kim to "pursue a future of peace and security for the world" and expressed confidence that they would "make a great deal." This is seen as a reference to declaring the Korean War over, which would constitute a major achievement. Soldiers stand guard at the truce village of Panmunjom between North and South Korea. Recent diplomatic developments have eased tensions on the peninsula.   © Reuters

On Friday, Trump thanked Singaporean Prime Minister Lee Hsien Loong by phone for his willingness to host the summit, the White House said.

Rumor has it that leaders from other countries, including China and South Korea, could participate in the summit. A senior American official acknowledged the possibility but said it remains unclear whether that will happen.

Declaring an end to the war would pave the way for talks with Beijing and Seoul to turn the armistice into a peace treaty to officially end hostilities, which may work in Kim's favor. The North Korean leader likely aims to distance the U.S. from the Korean Peninsula, weakening the greatest threat to his continued rule.

Though Washington and Pyongyang are still not entirely on the same page, other countries close to the situation see signs of a compromise emerging.

Reporting on Secretary of State Mike Pompeo's meeting with Kim this week, official North Korean media said on Thursday that Kim thanked him for bringing a message from Trump, "highly appreciating that the U.S. president has shown deep interest in settling the issue through dialogue" with a "new alternative plan." This may indicate progress on negotiating denuclearization and a peace regime, an official at South Korea's presidential Blue House said. But whether and how these two main goals will be achieved hinges on the regional balance of power, and interested players are moving to maintain or expand their influence.

Kim and South Korean President Moon Jae-in agreed at their meeting on April 27 to hold three-way talks with the U.S., or four-party discussions including China, toward signing a peace treaty.

Beijing, fearing that it may be marginalized, has reportedly urged North Korea not to accept any framework produced solely by Seoul, Pyongyang and Washington. Xi is believed to be arranging a visit to the North shortly after the Trump-Kim summit.

China has played up its role as North Korea's patron of late, including by inviting Kim for two visits in the course of a month. By mending this previously fractious relationship, Beijing hopes to leverage its influence over Pyongyang in trade talks with the U.S.

Russia, too, worries that it may be left out of the loop. No plans have been made for a summit between Kim and President Vladimir Putin, though the Russian leader is slated to meet with Moon next month. Moscow seeks a revival of the stalled six-party talks on denuclearizing the North, which included it along with the two Koreas, host country China, the U.S. and Japan.

Russia has been stepping up economic cooperation with the North Koreans, particularly through infrastructure projects. Its Ministry of Foreign Affairs responded to last month's North-South joint statement by announcing plans to pursue three-way partnerships in such areas as rail, electricity and gas. Pyongyang and Moscow will also hold working-level talks next month on building an automobile bridge across the Tumen River, which runs along their land border, according to the Ministry for the Development of the Russian Far East.

And now that the North has agreed to work toward denuclearization, Seoul is also weighing restarting halted economic cooperation plans in anticipation of sanctions being lifted. At the summit, Moon handed Kim a USB drive containing a blueprint for North Korean economic development after it ends its nuclear program.

Despite the positive signs, negotiations could still break down, and the U.S. has not taken military options off the table. "No one in the Trump administration has any illusions about the negotiations ahead," wrote national security adviser John Bolton, a prominent hawk and a longtime advocate of a military approach to the North Korea crisis, in a Washington Post opinion piece.