US and North Korea back at table as rhetoric cools 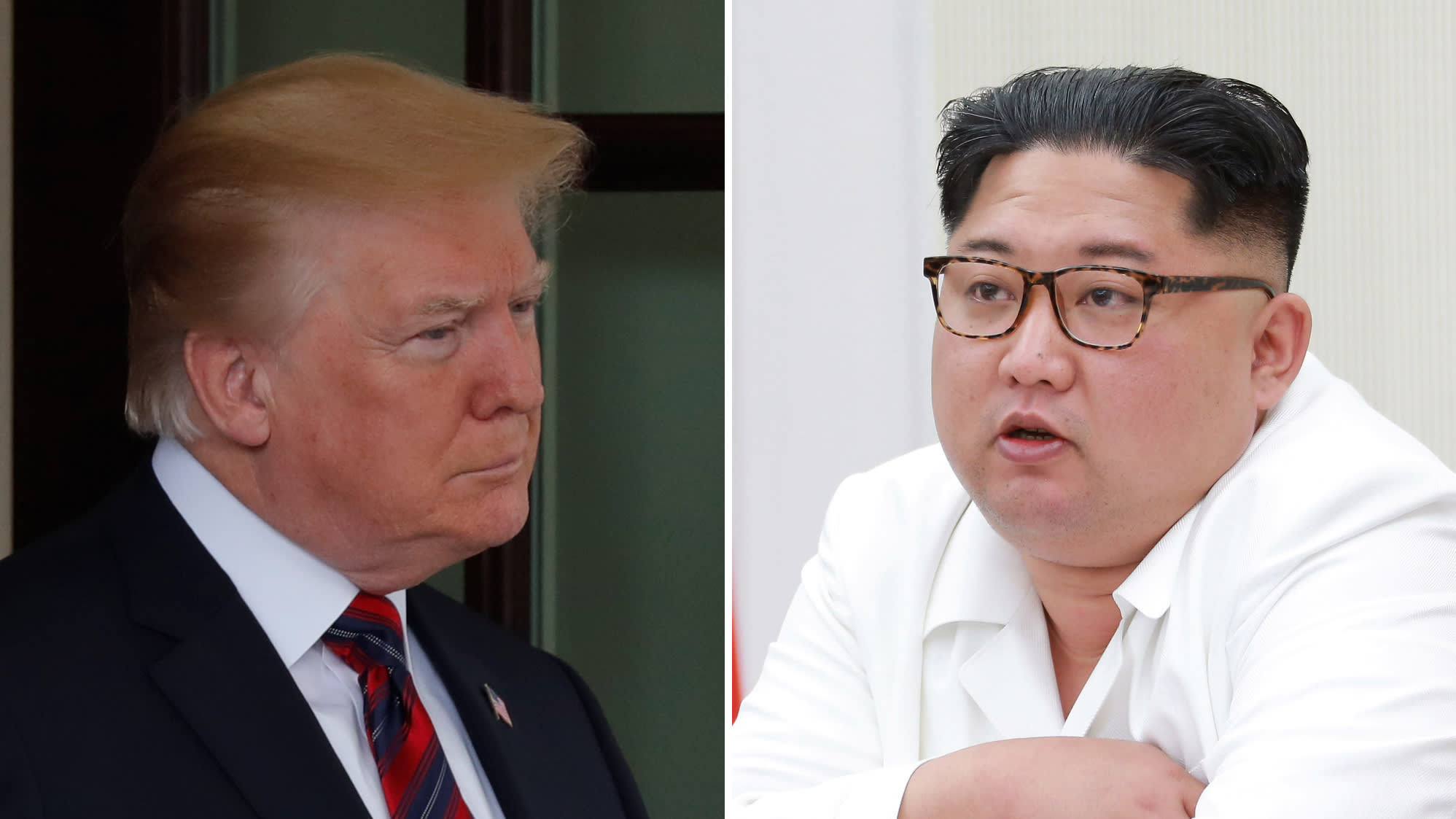 WASHINGTON/SEOUL/BEIJING -- The game of brinkmanship on the Korean Peninsula went into overtime, with U.S. President Donald Trump hinting that the North Korean summit he just canceled may still happen after all.

The U.S. has resumed talks with Pyongyang, Trump told reporters Friday. "We're going to see what happens. We're talking to them now," he said outside the White House, leaving open the possibility that negotiations for a June summit may resume.

"It could even be the 12th," the president said, suggesting he could meet North Korean leader Kim Jong Un on the date they originally intended.

Trump said in a Twitter post late on Friday: "We are having very productive talks about reinstating the summit which, if it does happen, will likely remain in Singapore on the same date, June 12th, and, if necessary, will be extended beyond that date."

Trump had earlier offered a tweet Friday morning cheering what he called a "warm and productive statement" from North Korea in response to the cancellation.

Trump's decision to scrap the meeting planned for Singapore came in the early hours Thursday, while on the phone with aides from his private quarters, U.S. media reported. The president feared that the bellicose rhetoric in a North Korean statement earlier in the day was a sign that Kim would cancel the summit first, embarrassing him on the international stage.

His doubts grew stronger when North Korea failed to invite nuclear experts to verify the demolition of its test site in Punggye-ri on Thursday, despite promising to do so.

Furthermore, the North Koreans "never showed up" to a meeting in Singapore last week to iron out the logistics of the summit, a senior White House official said. A source familiar with the matter also said that discussions on the agenda "had barely progressed."

But Pyongyang's usual tactic -- extending an olive branch, then abruptly raising tensions to buy time and draw out concessions -- backfired this time. Trump has stressed that he would not repeat the mistakes made by previous U.S. administrations over the past two decades.

The cancellation took the North by surprise. Trump's "sudden and unilateral announcement" to cancel the summit was "unexpected," North Korean Vice Foreign Minister Kim Kye Gwan said in a statement. "We cannot but feel great regret for it." The minister's statement came just nine hours after the cancellation, signaling a will to clarify Pyongyang's stance quickly.

"Great regret" was quite a shift from the words issued May 16 by the same diplomat. Then, Kim Kye Gwan had said North Korea "will no longer be interested" in a summit "if the U.S. is trying to drive us into a corner to force our unilateral nuclear abandonment." Another concern brewing inside Trump was the presence of China. The president believed that North Korea became bolder after Kim Jong Un's second meeting with Chinese President Xi Jinping, held May 7-8 in Dalian. Xi expressed sympathy for Kim's desire to denuclearize in steps, and later called Trump to convey Pyongyang's concerns.

Around that time, China began to ease up on North Korean products and workers crossing the border against United Nations sanctions. Though Beijing claims it remains completely committed to the sanctions, its actions suggest otherwise.

Trump's cancellation of the summit also served as a warning shot to China. The U.S. leader considers the Asian power a rival for global hegemony, and he was unwilling to ignore Beijing's involvement with the North Korea dialogue.

Though Trump hints that the summit is not dead, the hurdles that have prevented progress remain. "The U.S. has not agreed with North Korea about when and how to denuclearize," a Japanese Foreign Ministry official said. "The time frame remains unclear."

North Korea holds out hope for a step-by-step denuclearization even in light of recent developments. "The first meeting would not solve all [the issues], but solving even one at a time in a phased way would make the relations get better," Kim Kye Gwan said in Friday's statement.

Pyongyang historically has conducted military provocations as a way to extract concessions from other countries. But it probably will not risk that option now, given the unpredictability of Trump. "Our military -- which is by far the most powerful anywhere in the world and has been greatly enhanced recently, as you all know -- is ready if necessary," the U.S. leader said Thursday.

The roller coaster of events has driven Asian neighbors back to the geopolitical drawing board.

Chinese Vice President Wang Qishan, in the Russian city of St. Petersburg for an economic forum, said a summit between Washington and Pyongyang was necessary to ensure security on the Korean Peninsula. Wang, Xi's right-hand man, said security on the peninsula affected China's core interests and that conflict should be avoided at all costs.

"It is important that the summit becomes an opportunity to make substantial progress on the nuclear and missile issues, and most importantly on the issue of abduction of Japanese people" by the North decades ago, Abe said. "But a summit between the U.S. and North Korea must still be pursued. It is vital to resolving certain issues."

Ken Moriyasu in New York and Yukio Tajima in St. Petersburg contributed to this report.