Foreign ministers to meet in Seoul on Thursday 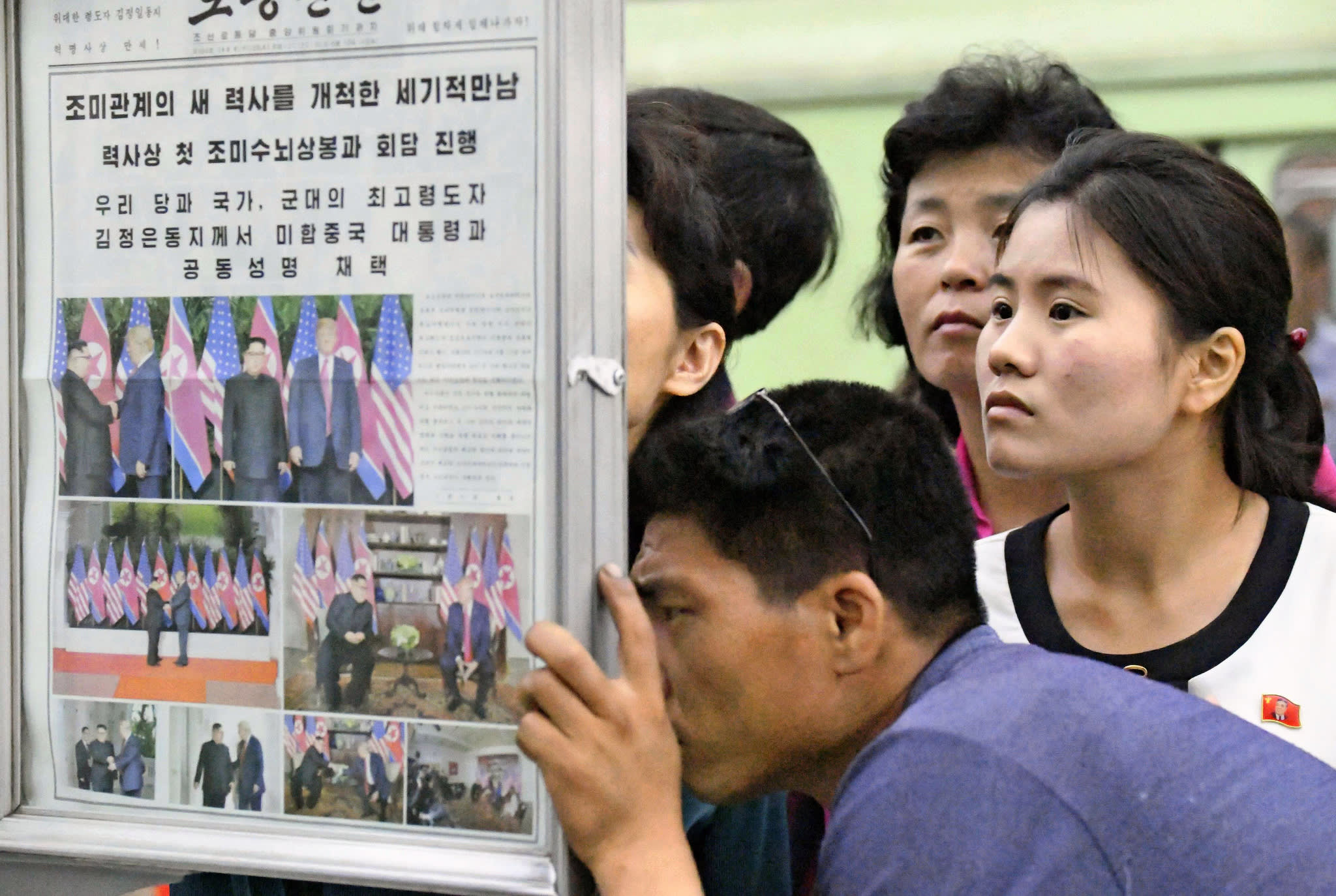 TOKYO -- The Trump administration will follow up on Tuesday's U.S.-North Korea summit by working together with allies Japan and South Korea to draw up a strategy going forward as the top diplomats of the three countries gather in Seoul on Thursday.

U.S. Secretary of State Mike Pompeo, Japanese Foreign Minister Taro Kono and South Korean Foreign Minister Kang Kyung-wha will discuss ways to realize denuclearization, while affirming the importance of complying with United Nations sanctions in the meantime to push Pyongyang into concrete action. Pompeo will also brief Kono and Kang on the Tuesday summit, which he attended.

North Korean leader Kim Jong Un agreed to work toward the "complete denuclearization of the Korean Peninsula" in a joint statement with U.S. President Donald Trump. But the document was silent on the verifiable and irreversible denuclearization Washington has also pushed for.

Pompeo, Kono and Kang are expected to express support for the joint statement and agree on the importance of the complete, verifiable and irreversible denuclearization. They will reaffirm cooperation ahead of Pompeo's talks with a top North Korean official to iron out further details on dismantling the North's nuclear program. Those talks could come as early as next week.

Kono will also urge cooperation regarding the Japanese citizens abducted by North Korea in the 1970s and '80s. He is expected to tell Pompeo and Kang that Japan will start working to normalize ties with the North and start providing it with assistance if the countries can reach a comprehensive resolution addressing the abduction issue as well as Pyongyang's nuclear weapons and missiles.