US floats economic sweeteners for a North Korea deal 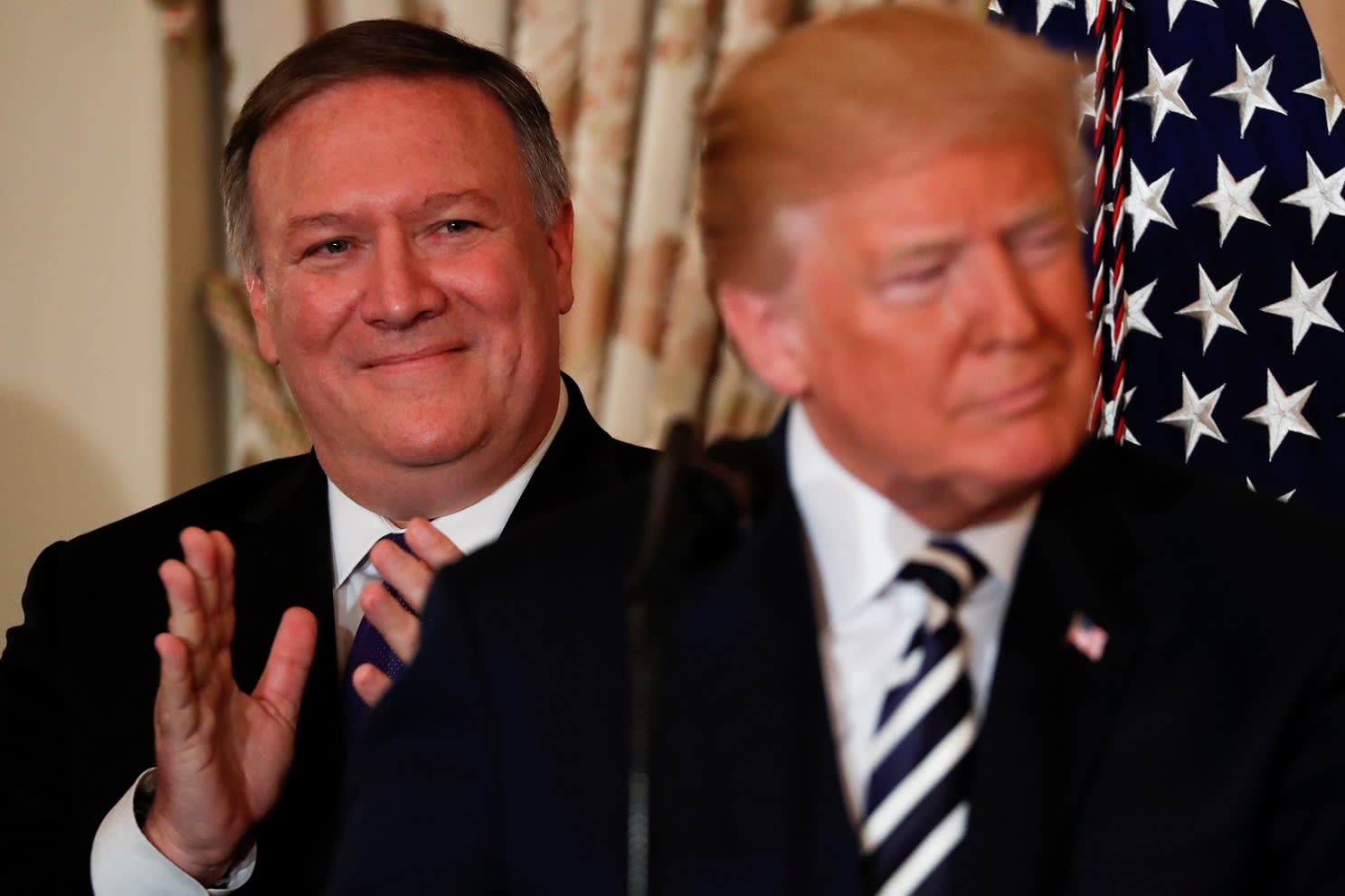 U.S. Secretary of State Mike Pompeo, left, says that the U.S. can help North Korea boost its economy so that it can rival that of the South.   © Reuters

SEOUL/WASHINGTON -- From the possibility of preserving North Korea's ruling regime to bringing American entrepreneurs to the country, the U.S. is testing the waters on what it would take for North Korea to agree to a "complete and total" denuclearization at their upcoming leaders summit on June 12.

U.S. President Donald Trump wants North Korean leader Kim Jong Un to commit to a complete, verifiable and irreversible dismantlement of his nuclear program by a set deadline, when they meet in Singapore. This would include warheads, missiles and facilities related to research, storage, fuel production and reprocessing.

But North Korea prefers to denuclearize in steps, receiving economic assistance during the process. Some in South Korea consider it unrealistic to offer North Korea nothing in return until all requirements are met, and Washington may decide to offer certain incentives ahead of the actual denuclearization.

Though the United Nations sanctions ban companies from financial transactions or joint ventures with the North, they still could participate in humanitarian measures and public infrastructure projects with special permission from the U.N. committee overseeing the sanctions.

Private-sector investment in North Korean infrastructure could become a reality in the near future, depending on the purpose of the project. South Korea also has been supportive of humanitarian aid to the North and offered concrete steps toward reviving economic cooperation between the countries. Trump relies on spies over diplomats in dangerous game with Kim

But the growing conciliatory mood could let China and Russia poke holes in the international sanctions regime against North Korea. Beijing and Moscow support Pyongyang's calls for a more gradual denuclearization process, while the Communist Party-linked media in China argue for easing U.N. sanctions.

China already brings in more laborers from the North using a loophole in the U.N. sanctions against new work authorizations for North Korean nationals, a source familiar with the matter said. North Korean seafood also is sold in China despite an import ban.

North Korea is working hard to keep China in its corner. A delegation including a top ruling party official and regional leaders arrived in Beijing on Monday as part of the high-level exchanges the countries agreed on during a March summit. The North Korean officials will discuss economic cooperation with Chinese representatives in hopes of presenting a united front with the Asian power.