Abe, Moon and Li weigh impact on security balance if presence is shrunk 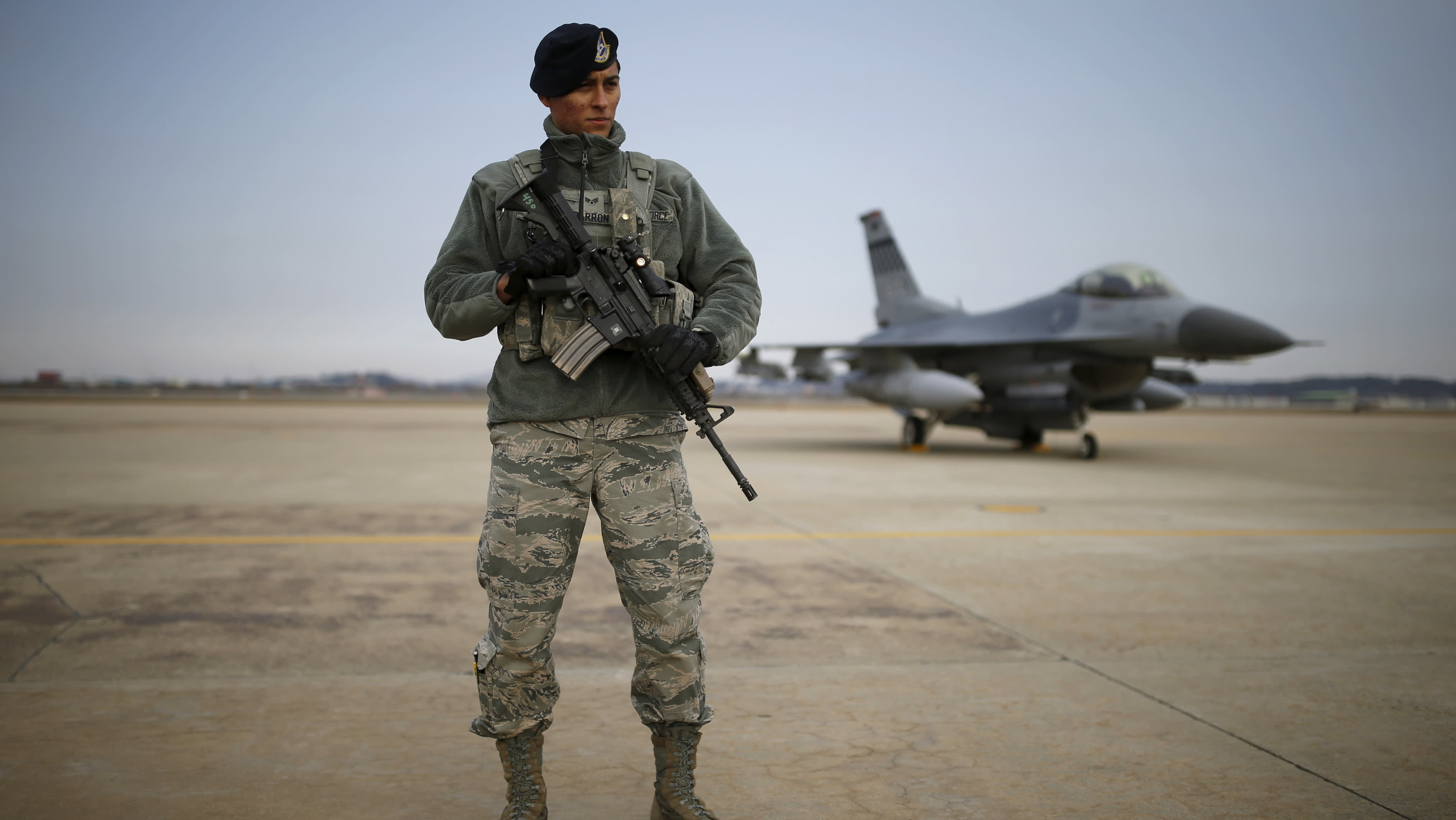 The future of U.S. troops in South Korea is expected to be a key topic in negotiations over the North Korean crisis.   © Reuters
Nikkei staff writersMay 9, 2018 05:53 JST
CopyCopied

TOKYO -- The fate of U.S. troops stationed in South Korea is expected to figure heavily in the calculations of Tokyo, Seoul and Beijing leaders as they discuss the path to the denuclearization of the Korean Peninsula.

About 28,000 American service people, mainly from the Army, are currently stationed in South Korea, ostensibly to prevent the 1950-53 Korean War from flaring up again. Together with the roughly 47,000 in Japan, they play a key role in maintaining the security of East Asia and curbing both North Korea and China.

The U.S. has deployed surface-to-air missiles and is in the process of installing the controversial Terminal High Altitude Area Defense missile shield in the South to counter the North Korean threat, and stationed nuclear weapons at bases there until 1991. The deploment of THAAD led to a significant chill in relations between China and South Korea

As part of denuclearizing North Korea, South Korea wants to work with both the North and the U.S. to formally end the war as quickly as possible. It then wants to start negotiations, including China, toward signing a formal peace treaty. Because the presence of U.S. troops in the South is tied to the war, peace negotiations are expected to spark a debate regarding their future role and scale.

U.S. President Donald Trump has ordered the Department of Defense to prepare options for scaling back the military presence in South Korea, the New York Times reported last week. He has been pushing to cut the cost of keeping U.S. troops abroad since his election campaign.

Some South Koreans are questioning the rationale for keeping American soldiers there as well. "What will happen to U.S. forces in South Korea if a peace treaty is signed? It will be difficult to justify their continuing presence in South Korea after its adoption," Moon Chung-in, an adviser to South Korean President Moon Jae-in, recently wrote in Foreign Affairs magazine.

China is also uneasy with having American troops so close to its own borders. Scaling them back or even pulling them out completely could lead to greater Chinese cooperation toward denuclearizing North Korea.

Still, Trump on Friday said he is not considering withdrawing troops from South Korea "at this moment." But "at some point into the future, I would like to save the money," he added.

On the other hand, Japan and South Korea are urging the U.S. not to make any moves that could upset the security balance in East Asia. They believe the American presence in the region is crucial even after the North Korean issue is resolved, given that China and Russia are expanding their influence in the Pacific.

"U.S. Forces Korea is a matter for the South Korea-U.S. alliance. It has nothing to do with signing a peace treaty," the South Korean president has said, according to his spokesman.