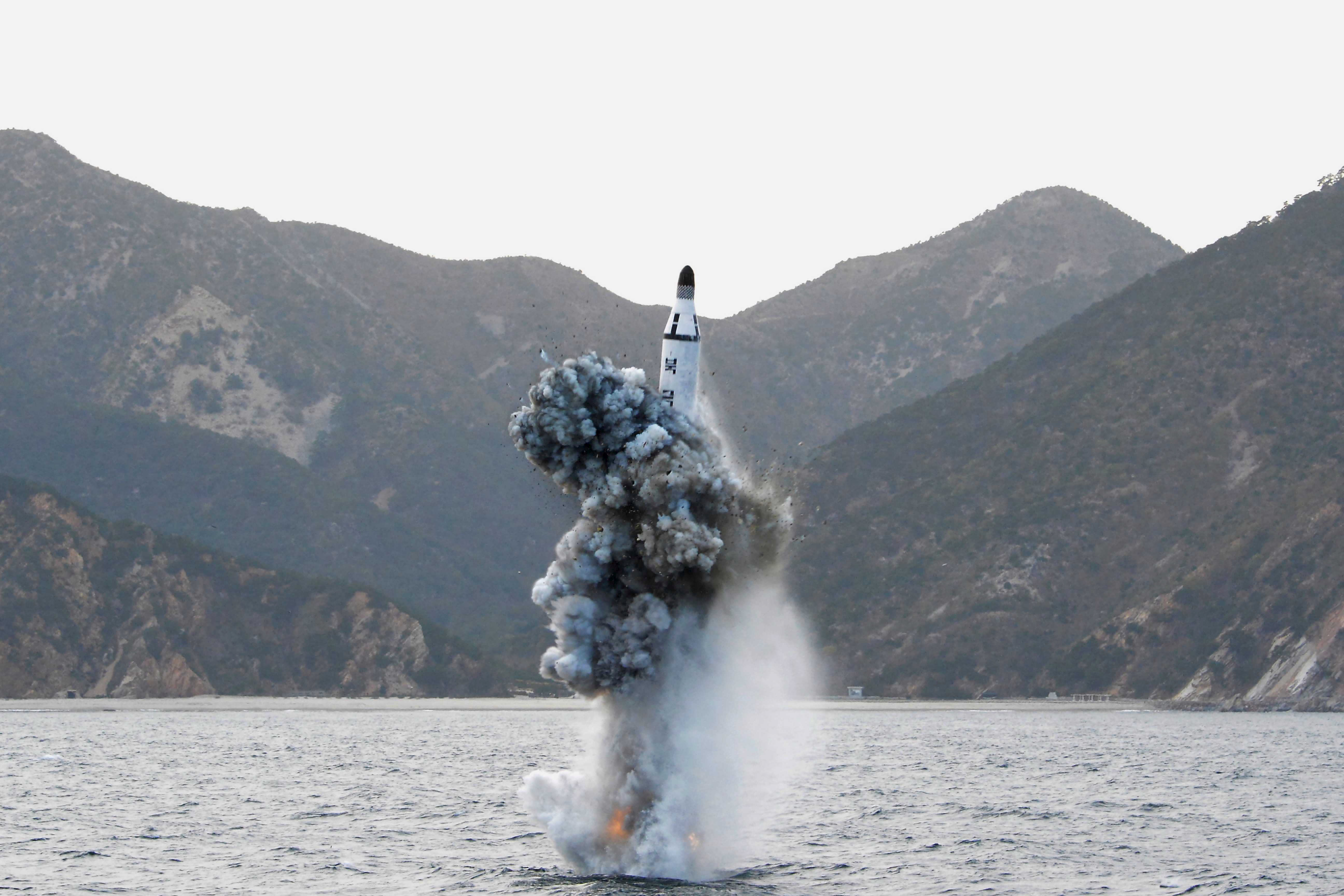 SEOUL -- With North Korea having long brandished its nuclear weapons and missile programs, another expert says it is time to start considering the rogue state's submarine program as well.

Moon Keun-sik, a director at the Korea Defense Forum, on Monday told the Nikkei Asian Review that Pyongyang's submarine-launched missile program could pose the most dangerous military threat to South Korea and its allies.

"North Korea is in the final stage of building a 3,000 ton-submarine that could carry three SLBMs," Moon said, referring to submarine-launched ballistic missiles. "In the long term, it plans to have a nuclear-fueled submarine that can carry 10,000km-range SLBMs."

China sending envoy to North Korea with message of restraint

Moon said this range is similar to that of U.S. and U.K. submarine-based ballistic missiles. The long range is most ominous to the U.S., since it would carry North Korea's missile threat closer to the U.S. mainland without a submarine having to sail too far across the Pacific, risking detection.

Moon's comments come days after a website called 38 North reported that North Korea's program to develop a submarine capable of launching ballistic missiles is moving ahead. According to the site, run by the U.S.-Korea Institute at Johns Hopkins School of Advanced International Studies, images taken by commercial satellites show indications of shipbuilding and missile ejection testing. The website's researchers say work is underway in the northeastern port city of Sinpo to build and deploy North Korea's first operational submarine capable of launching ballistic missiles. The Kim Jong Un regime is on an aggressive schedule in this regard, the website says.

Moon is a former South Korea Navy officer and captain of a submarine. He said the U.S. is afraid that North Korea is working on a ballistic missile-launching submarine because of these craft's stealthiness.

"North Korea can hide its SLBMs in a submarine," he said. "Japan is also preparing for possible attacks from this," Moon said.

North Korea is in its final stage of building a 3,000 ton-submarine that could carry three SLBMs

Yang Moo-jin, a professor at the University of North Korean Studies, appears less concerned. He said it will take considerable time and money for North Korea to complete such a program. "It needs billions of dollars to build submarines," Yang said. "Pyongyang may have improved [its submarine capabilities], but I don't think these are game-changers. I think North Korea is focusing on developing its ICBMs," or intercontinental ballistic missiles.

South Korea's military said it acknowledges North Korea's submarine and missile programs pose threats and that it will prepare to defend against them. "North Korea is obsessive in developing IRBMs, SLBMs and ICBMs targeting Hawaii and the U.S. mainland," said Gen. Kim Yong-woo, the South Korean Army chief of staff, at an international seminar earlier this month.

Intermediate-range ballistic missiles can travel between 3,000km and 5,500km.