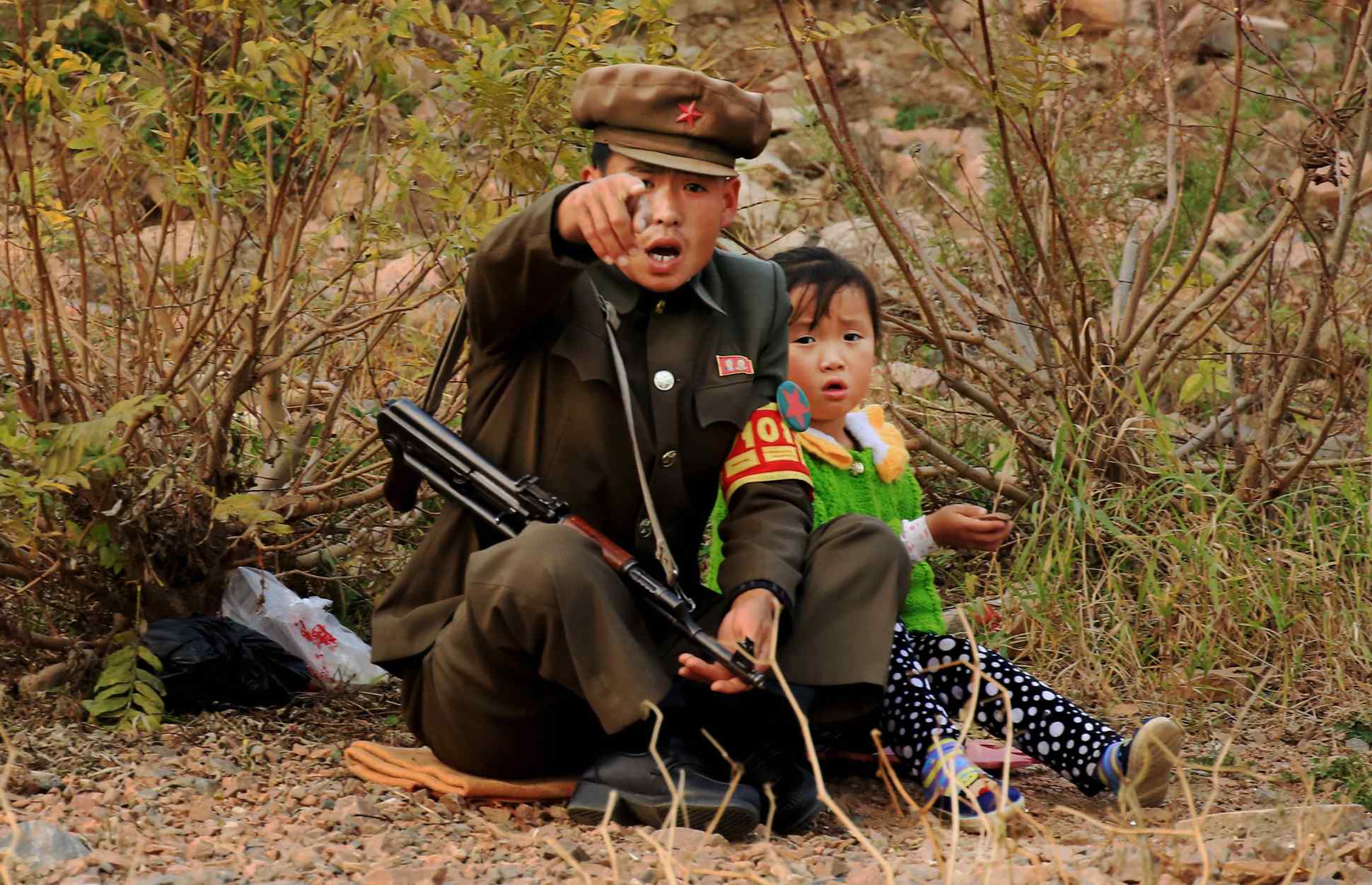 A North Korean soldier and a little girl sit on an islet in the Yalu River.
North Korea Crisis

Images from Dandong: A crack in the door to the Hermit Kingdom

DANDONG, China -- Close to the mouth of the Yalu River lies the city of Dandong -- a gloomy, nondescript place that lays claim to being the gateway to North Korea.

On a boat ride along the river in late October, we spotted a soldier sitting on the ground with a little girl on an islet a few meters ahead. After a brief exchange in Korean, the boat captain assured us permission had been given to take photos.

But the young man's expression switched instantly when cameras were raised. We might not have understood a word of what he shouted, but felt little need for a translator as he leaped up and pointed his gun in our direction. 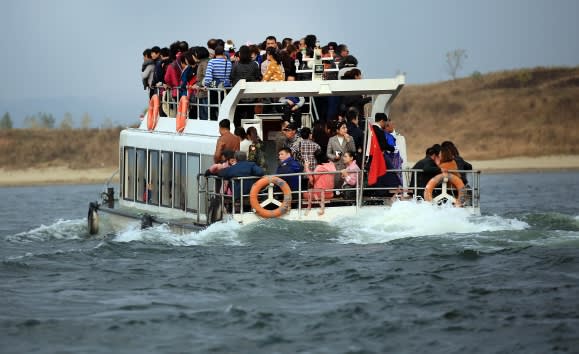 A boat makes its way along the Yalu River, filled with Chinese tourists hoping to get a glimpse of North Korea.

About 70% of trade between China and North Korea passes through Dandong. Trucks rumble back and forth carrying farming machinery and building materials across the city's Sino-Korean Friendship Bridge -- a vital land link between the two countries. Many of the workers in the city's textile factories come from across the border. The once-strong ties between Beijing and Pyongyang have become increasingly fraught in recent years. Interestingly, however, curiosity in the mysterious neighbor seems to be growing. At the Hushan Great Wall, supposedly the easternmost point of the Great Wall of China, a man sells North Korean stamps and bank notes labeled as "sample" as souvenirs.

Chinese tourists are everywhere in the city. They dine at North Korean restaurants where they are treated to singing and dancing by the waitresses, they buy North Korean bank notes at the souvenir shops and take boat tours along the river -- despite the near-freezing temperatures.

In Dandong, they can get a brief glimpse of what life might be like on the other side. 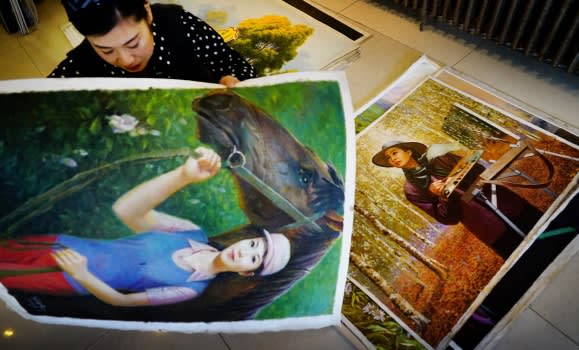 A dealer holds up a painting priced at about $1,500 at a gallery handling North Korean art.

The international community may have imposed sanctions in response to Pyongyang's nuclear and missile program, limiting the isolated country's access to foreign currency, but here in Dandong, there is no shortage of backdoor routes for trade. 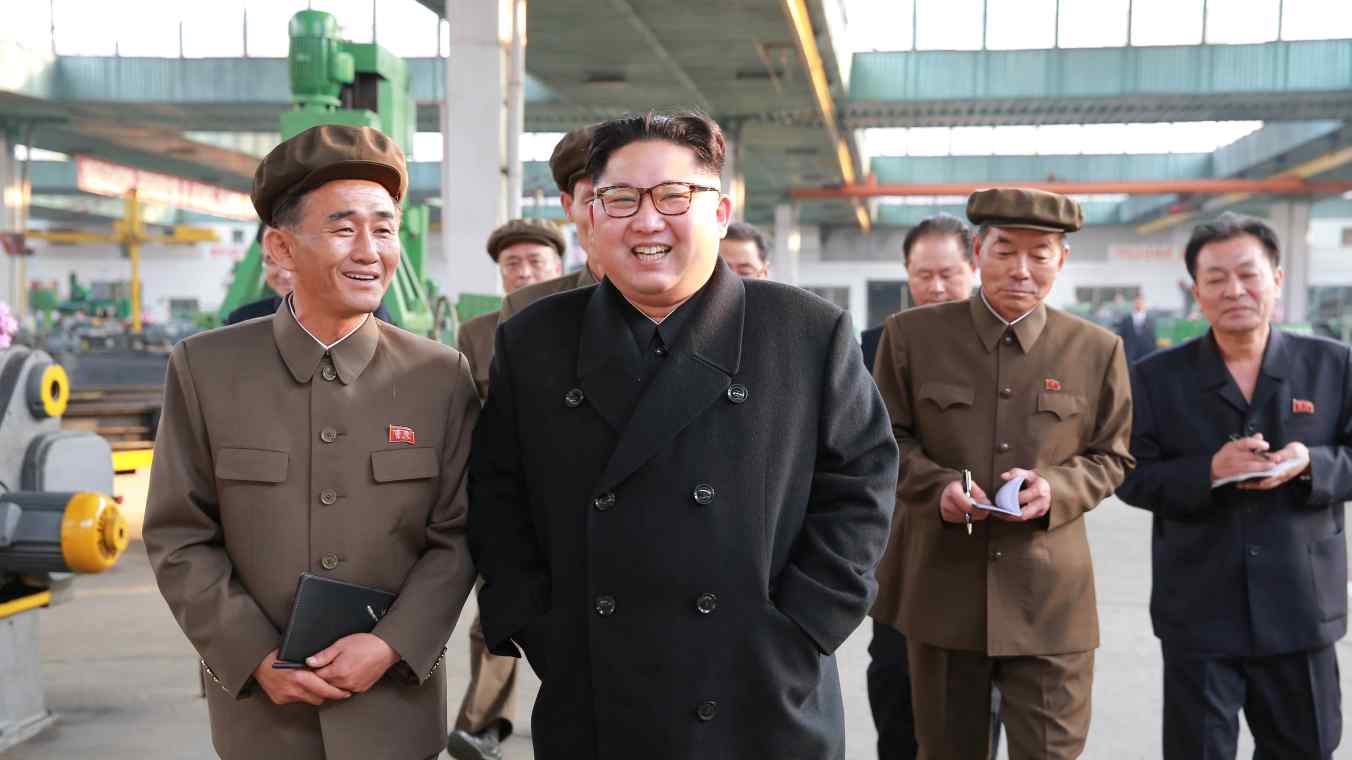 China sending envoy to North Korea with message of restraint

Near the mouth of the river, goods change hands covertly and there is a gallery handling paintings by North Korean artists in the city. Some customers will happily spend in the region of $10,000 on a picture, according to a gallery insider.

It seems somewhat ironic that, as North Korea grows increasingly isolated, it becomes more and more intriguing for some. On the other side, young North Korean girls giggle and chat with soldiers.