US dials up pressure on North Korea, says China 'must cut off' rogue regime's oil

NEW YORK/WASHINGTON -- The U.S. remains resolved to pressure Pyongyang to give up its nuclear weapons and missiles, but says results hinge on China's actions, among which must be to halt all shipments of oil to North Korea.

The U.S. takes the latest missile launch, carried out on Tuesday U.S. time, "very seriously," President Donald Trump told lawmakers later that day. The new Hwasong-15 intercontinental ballistic missile is thought to have a range of 13,000km, putting all of the U.S. mainland within its reach.

U.S. Ambassador to the United Nations Nikki Haley was more blunt, saying that if war comes, "the North Korea regime would be utterly destroyed." 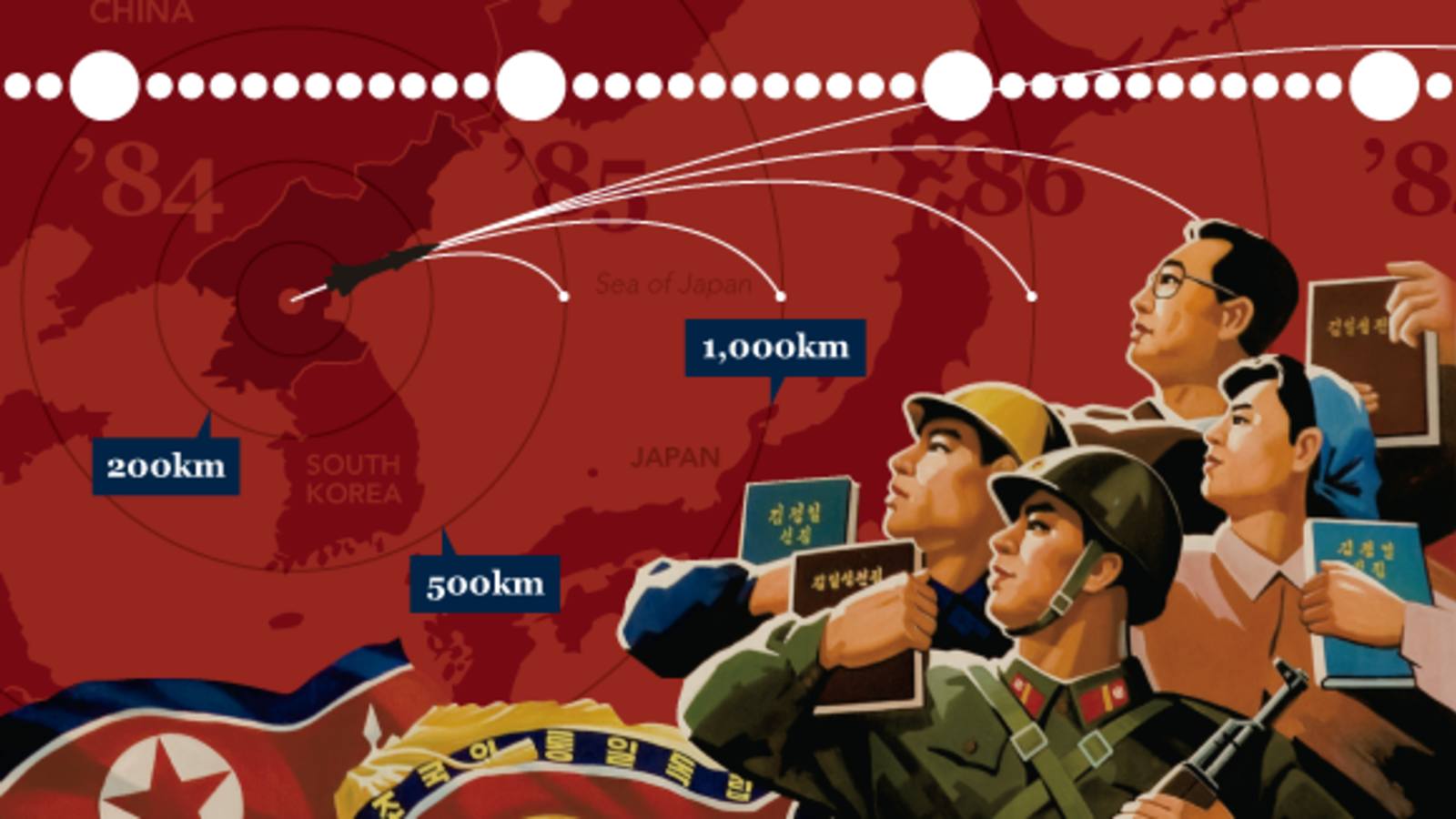 Trump's administration has already toughened unilateral sanctions on the North in light of provocations over the summer, including a nuclear weapons test and two ICBM launches. The U.N. Security Council adopted additional sanctions such as restrictions on the North's oil supply in September.

But Pyongyang is pushing ahead regardless, intent on obtaining a functional nuclear arsenal. The question now is whether China can be persuaded to stop oil shipments to the North entirely, cutting off a key lifeline for the Kim Jong Un regime. Trump urged Chinese President Xi Jinping over the phone on Wednesday "to use all available levers to convince North Korea to end its provocations and return to the path of denuclearization," according to a statement from the White House. U.S. ambassador to the United Nations Nikki Haley speaks during a meeting of the U.N. Security Council to discuss a North Korean missile launch at U.N. headquarters in New York on Nov. 29.   © Reuters

"Additional major sanctions will be imposed on North Korea today. This situation will be handled!" Trump tweeted on the same day.

The U.S. requested a U.N. Security Council meeting to discuss the North Korea situation. "We have never sought war with North Korea and still today we do not seek it," Haley said at the session on Wednesday. "If war does come, it will be because of continued acts of aggression like we witnessed yesterday. And if war comes, make no mistake, the North Korean regime will be utterly destroyed."

"President Trump called Chinese President Xi this morning, and told him we have come to the point where China must cut off the oil [to] North Korea," Haley said. "That would be a pivotal step in the world's effort to stop this international pariah."

Geng Shuang, a spokesman for China's Foreign Ministry, said Wednesday that "China expresses grave concern and opposition" to the North's missile testing -- stronger language than Beijing has used before. But China remains leery of an oil embargo, fearing it could push the North too far into a corner.

U.S. Secretary of State Rex Tillerson said in a statement Tuesday that, in addition to implementing existing U.N. sanctions, "the international community must take additional measures to enhance maritime security, including the right to interdict maritime traffic transporting goods to and from" North Korea. But while this pattern of tougher responses for each new nuclear and missile test seems set to continue for the time being, Pyongyang is continuing its weapons development unabated, and tensions continue to build.

The U.S. has pledged to apply "maximum pressure" on the North, but it can do so only for so long. If Pyongyang manages to get both a functional, missile-mountable nuclear warhead and a rocket capable of delivering that payload to the U.S. mainland, a strategic shift could be in order to handle that new level of threat. Some American experts already believe the U.S. will have little choice but to recognize North Korea as a fellow nuclear power.

Such a technological leap could also push the Trump administration in the direction of dialogue. Talks could result in an arrangement akin to that with Pakistan, under which the U.S. tacitly permits the country to hold nuclear weapons incapable of reaching the American mainland. In exchange, the North could freeze ICBM development. But this trade-off is among the worst possible scenarios for America's allies Japan and South Korea. Having nuclear-armed midrange missiles aimed at Japan could further hinder Tokyo's attempts to officially determine the fates of citizens abducted by the North in the 1970s and '80s. Such a threat could also revive the idea of Japan and South Korea getting nuclear weapons of their own.

Tillerson insisted in his statement that "diplomatic options remain viable and open, for now," and that the U.S. "remains committed to finding a peaceful path to denuclearization and to ending belligerent actions by North Korea," implying military force will be used only as a last resort. The U.S. government calculates military action against North Korea could result in millions of casualties, and most view it as an unrealistic option.

But the growing threat to the U.S. mainland could be changing that calculus. "If we have to go to war to stop this, we will," Sen. Lindsey Graham, Republican of South Carolina, said Tuesday.

Up to the edge

The Trump administration has not yet made public what sort of provocation would prompt a military response, arguing that to reveal that information would put the U.S. at a strategic disadvantage. A missile strike on the waters surrounding the U.S. territory of Guam or a hydrogen bomb test in the Pacific Ocean could be taken as a de facto declaration of war.

The higher-than-normal trajectory of the latest launch, which landed the new Hwasong-15 missile in the Sea of Japan, may have been "calculated to avoid crossing red lines that could provoke military action by Washington," the Wall Street Journal wrote. This could mean the Kim regime aims to preserve the option of dialogue.

It is unlikely that the North has yet secured the technology needed to protect a nuclear warhead from the stress of re-entering the earth's atmosphere -- an essential element for ICBMs to be deployed as weapons. But even that may not be far off. "If things continue as they are," the North "could obtain reentry technology and reach the first stage of deployment within a year and a half," according to Japanese military analyst Kazuhisa Ogawa.

Washington is therefore reluctant to take military action off the table entirely. The Trump administration is thought to be weighing a host of options, including regime change in the North.