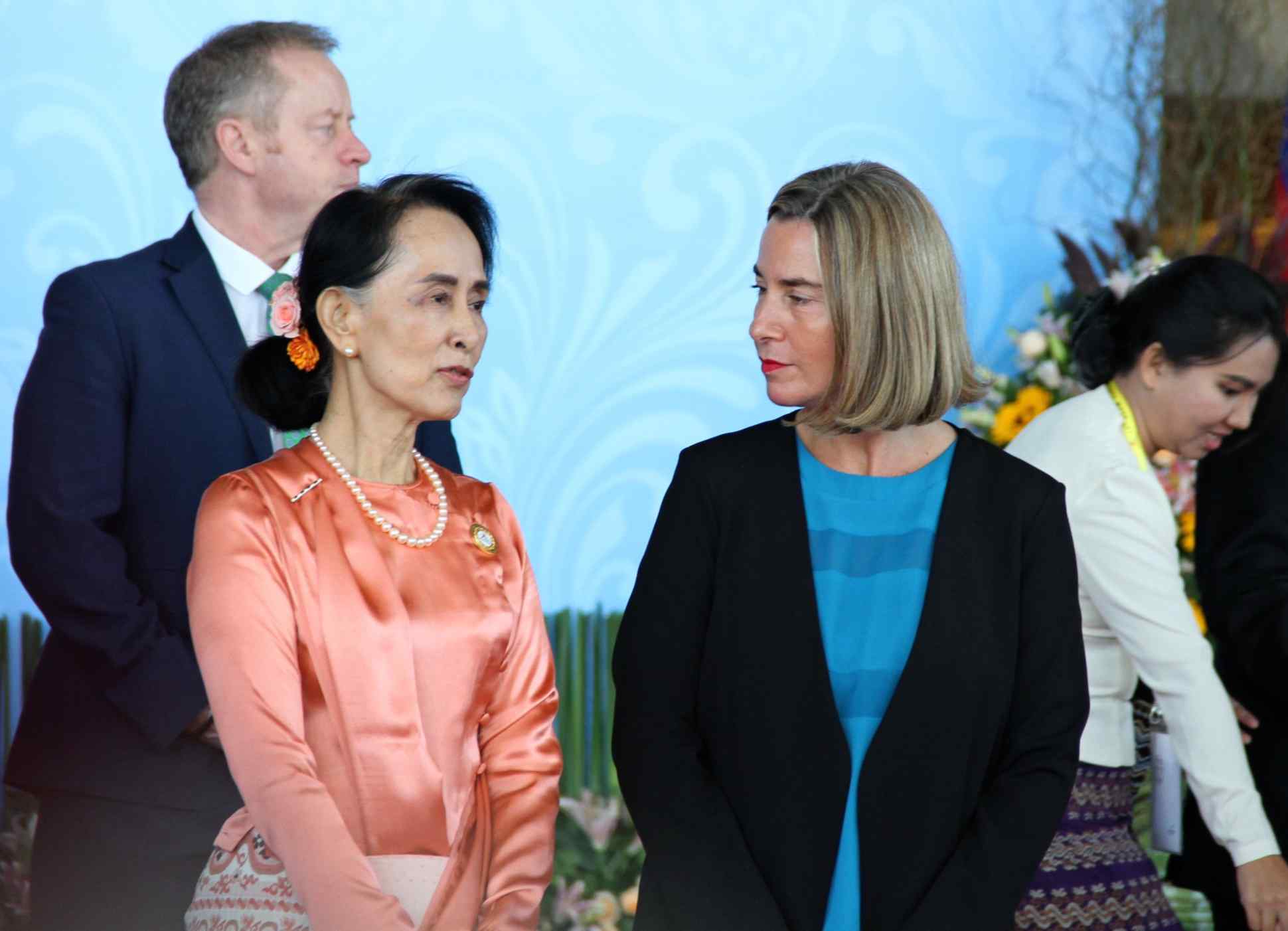 NAYPYITAW -- European foreign ministers on Monday urged Myanmar to work quickly to resolve the Rohingya refugee crisis and lauded progress toward a repatriation agreement with Bangladesh.

European Union representatives met unofficially with State Counselor and Foreign Minister Aung San Suu Kyi, Myanmar's de facto leader, ahead of the Asia-Europe Meeting of foreign ministers that began here that day. Bangladesh, where hundreds of thousands of refugees from the ethnic Muslim minority have fled from Myanmar's neighboring Rakhine state, was represented as well.