The sun rises as thousands of Rohingya refugees who fled from Myanmar a day before wait by the road where they spent the night between refugee camps near Cox's Bazar, Bangladesh, on Oct. 1.   © Reuters
Politics

NAYPYITAW -- Myanmar plans to begin letting Rohingya Muslim refugees who fled to neighboring Bangladesh during a military crackdown back into the country as early as next month, but at a glacial pace that would not complete the process for nearly a decade.

Win Myat Aye, Myanmar's minister for social welfare, relief and resettlement, discussed the plans with the Nikkei Asian Review in an exclusive interview here Wednesday. In addition to heading the ministry in charge of repatriation, he is responsible for implementing recommendations compiled in August by a commission on the Rohingya issue led by former U.N. Secretary-General Kofi Annan. 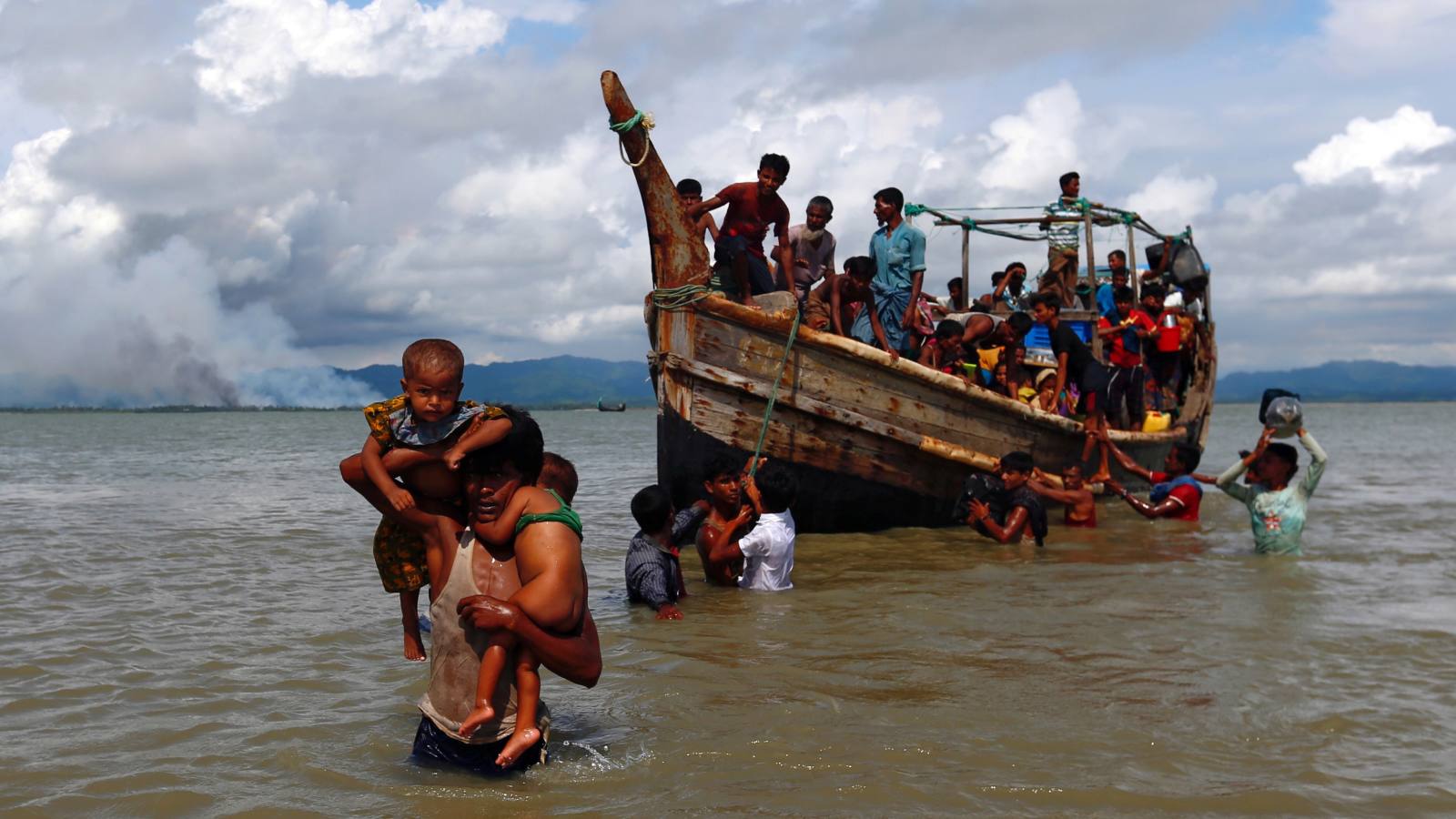 Myths and realities behind the Rakhine crisis

State Counselor Aung San Suu Kyi, Myanmar's de facto leader, declared in a Sept. 19 speech that the country is ready to begin verifying the residency of Rohingya refugees -- a prerequisite for repatriation -- "at any time." But little headway has been made, with the Myanmar and Bangladesh governments having only recently agreed to set up a working group for planning.

Win Myat Aye acknowledged that an agreement between Naypyitaw and Dhaka would be needed in order to start returning refugees to Myanmar. He stated that the working group is slated to hold its second meeting in the last week of October.

"If we reach an agreement, we can start repatriation from next month," he said. "It is not difficult."

Though Bangladesh has pushed for repatriation to begin soon, the two sides remain sharply at odds on how to go about it.

An estimated 520,000 Rohingya have crossed the border into Bangladesh since clashes between government security forces and armed Rohingya groups began Aug. 25, the International Organization for Migration said Sunday.

"We don't know the number" of refugees in Bangladesh, Win Myat Aye said, but he stressed that "all refugees who want to return and can be verified as former residents will be allowed to return."

The pace at which Myanmar plans to accept refugees is likely to be a sticking point. The country expects to take in "100 to 150 per day based on our past experience," Win Myat Aye said. Processing more than 500,000 at that rate would take nearly a decade, at a minimum. This is not a proposal Dhaka is likely to accept. The Bangladeshi government and international organizations have been conducting relief operations on an unprecedented scale. Law and order issues are arising in some areas, and some fear that refugees could take low-wage jobs from locals if allowed to settle down in Bangladesh.

Win Myat Aye cited three main conditions for accepting refugees. Repatriation must be voluntary, returnees' refugee documentation must match the Myanmar government's residency information, and those separated from their families should bring confirmation from a Bangladesh court. Even those lacking proof of identity will be allowed back if the name, former residence and parent's names reported by Bangladesh match those in Myanmar's records.

Returnees will remain at the border checkpoint for about a day to a day and a half while their information is checked again, then allowed to return to their former residences, if they still exist. Those who lived in the many Rohingya villages burned to the ground during the military crackdown will be relocated to a temporary camp in northern Rakhine state until the government rebuilds their homes.

The complex verification process is likely to be a major hindrance to resolving the Rohingya problem. The ranks of refugees continue to swell, with the pace picking up this week after a momentary lull. "Bangladesh border guards say that more than 11,000 Rohingya refugees crossed by land on Monday into southeastern Bangladesh through several points," Adrian Edwards, spokesman for the U.N. High Commissioner for Refugees, said Tuesday.

Many Rohingya refugees have reported human rights abuses by Myanmar government forces. Win Myat Aye firmly denied any deliberate persecution, vowing that "we will punish" anyone, including in the military, found to have used excessive force during the crackdown.

That said, the minister said the matter will be investigated mainly by the ministries of home affairs, defense and border affairs. The leaders of each of these bodies are nominated by Myanmar's security chief, raising questions about how neutral the probe is likely to be.

Human rights groups argue that U.N. agencies should provide humanitarian aid on the ground. But Win Myat Aye indicated that the government is unlikely to allow it, emphasizing the importance of ensuring the safety of aid workers. Hostility toward the U.N. is mounting among local Buddhists over its sympathy toward the Rohingya. The minister cited such incidents as an attack on a Red Cross truck carrying aid packages.

The U.S. and the European Union are considering sanctions against top military officials. The minister did not touch on this directly, saying only that "we are doing nothing wrong."

The Rohingya advisory committee issued 88 recommendations in August, among the most noteworthy of them a call for the government to "set in motion a process to review" a 1982 law denying citizenship to the Muslim minority. But Win Myat Aye, who heads the commission in charge of carrying out the report's recommendations, indicated that some items on the list may be skipped.

"We do not have to implement all of them," he said. "They are just suggestions."