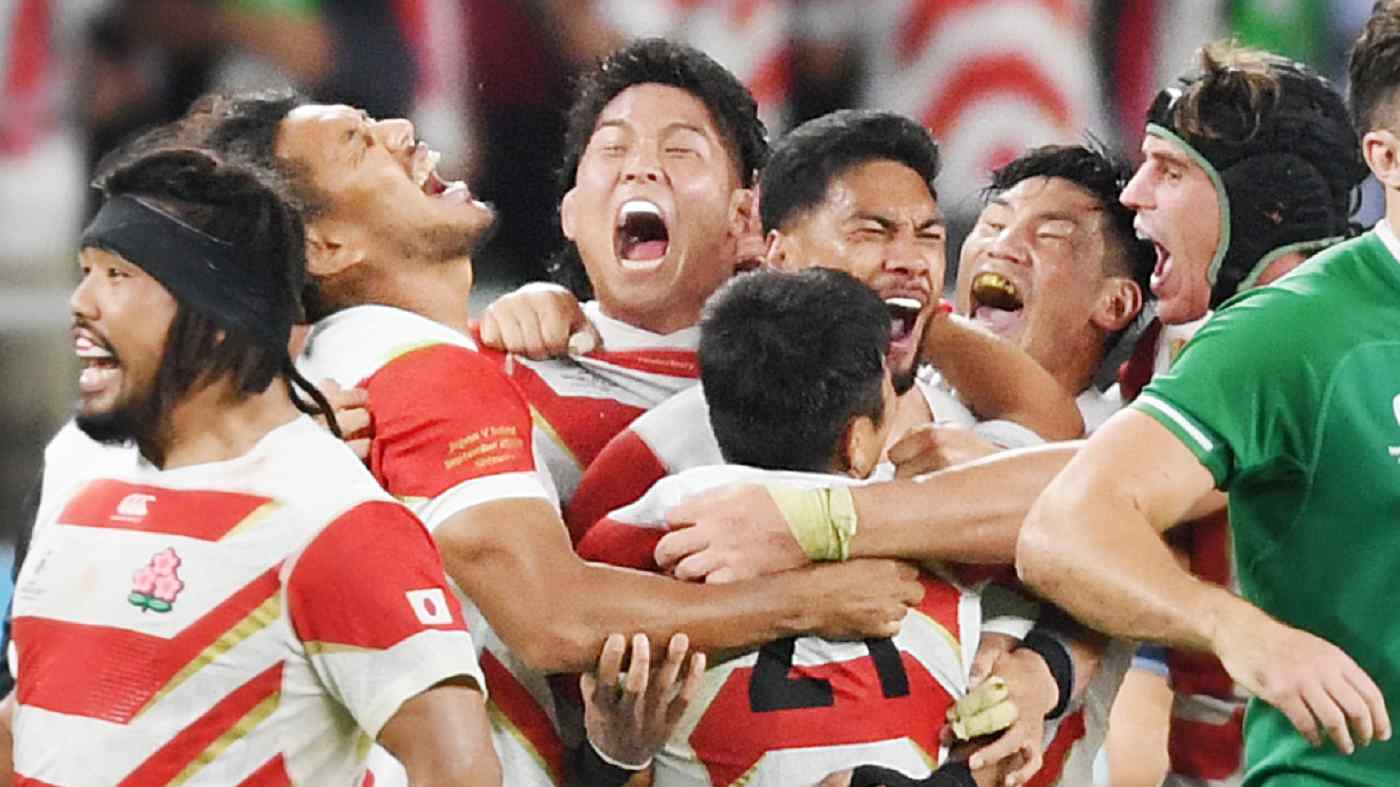 SHIZUOKA/TOKYO -- A historic win for Japan's Brave Blossoms against world No. 2 Ireland on Saturday capped off a week of excitement at the Rugby World Cup as local and foreign fans alike crowded into stadiums across Japan to witness the pinnacle of the sport.

In front of a crowd of 48,000 in the central Japan prefecture of Shizuoka, the Japanese team barged through a wall of green and clinched an upset, a shocker on par with its victory against South Africa in the 2015 World Cup. Jubilant fans jumped up and down throughout the stadium.