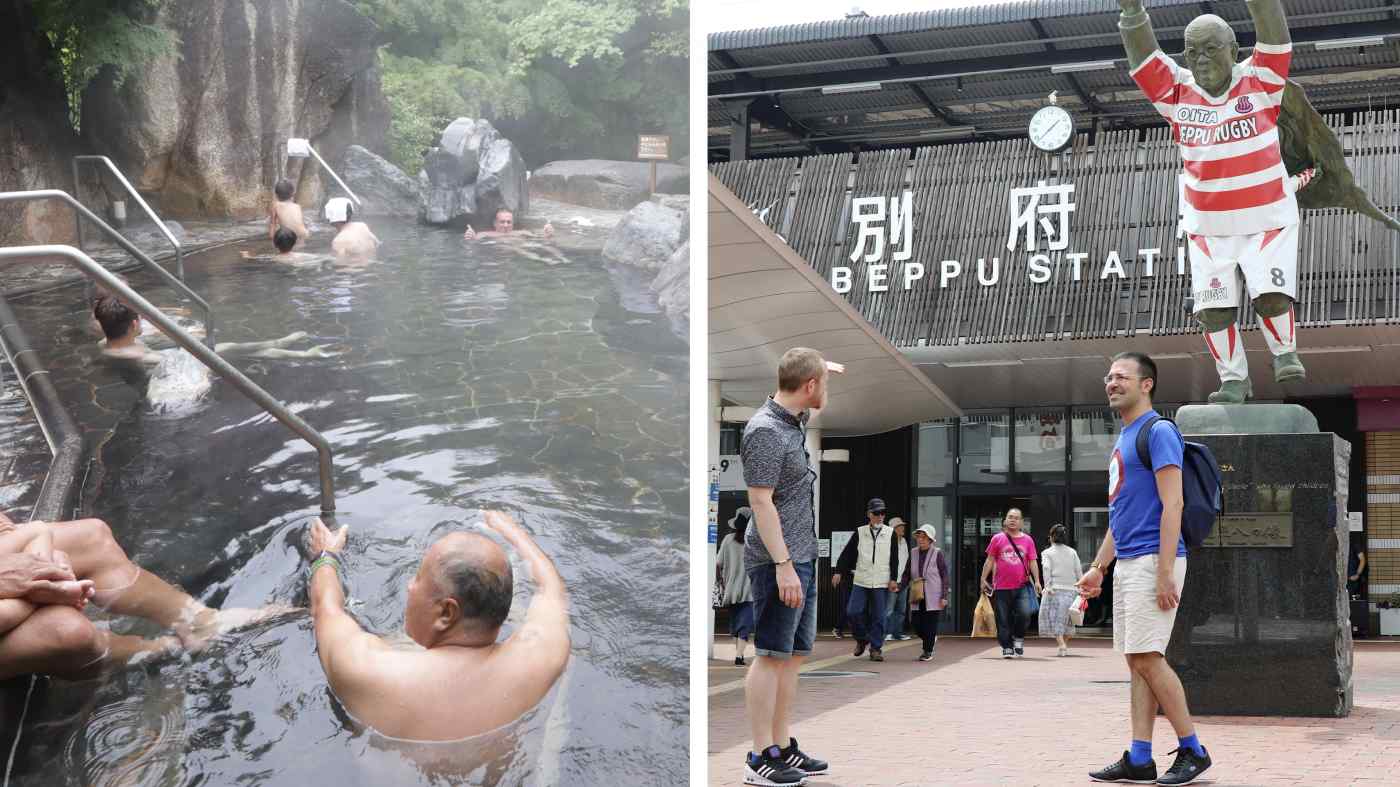 BEPPU, Japan -- On the southern island of Kyushu, the city of Beppu in Oita Prefecture has long been renowned for its idyllic onsen, or hot spring baths. Now hot spring resort operators in the town are reconsidering an age-old issue: how to handle customers with tattoos.

The question has taken on new importance as the prefectural capital and neighboring city of Oita -- one of the venues for the upcoming Rugby World Cup -- expects a flood of fans from overseas.

Tattoos in Japan have long been associated with organized crime groups, and even those not done in traditional Japanese style are often considered anti-social. Most hot springs ban people with tattoos for fear of offending other guests.

But due to the popularity of tattoos overseas, some facilities in Beppu have decided to open their doors to inked guests, if only for the duration of the event.

At a new tourist center near Beppu Station, one of the most common questions is about hot springs and tattoos. An American woman visiting from Texas explained to staff that she had a tattoo near her hips, and wondered if there were any hot springs she could enter.

"There are quite a few," said 31-year-old staffer Tomomi Hatakeyama, handing the woman a brochure titled, "The world number one Onsen City Beppu." The brochure listed 16 hot springs, with details in English. Of these, 11 indicated that they accept tattooed guests. A few others will allow tattooed guests, but only in private facilities on the premises that are typically rented to families.

The loosened restrictions have surprised some foreign visitors. An Australian journalist said that before visiting Beppu, he had thought one had to choose between a tattoo or a visit to a hot spring.

Maya Honda, owner of the Yuya Ebisu onsen, is confident that welcoming tattooed guests is the right choice. "Oita is known as the hot spring prefecture," she said. "What's the point of hosting the Rugby World Cup here if guests can't enjoy our hot springs?"

But while the World Cup has sparked debate on the topic, about 70% of hot springs in Beppu remain committed to the ban. Still, a growing number of facilities are permitting tattooed guests for the duration of the World Cup, according to the Beppu City Ryokan Hotel Association.

The Japanese government has said that denying individuals from using public baths and hot springs solely based on tattoos is "inappropriate," but the stigma against tattoos still runs deep in Japan. While many hot spring operators know that tattoos are not considered taboo outside the country, some feel they cannot give special treatment to tattooed foreigners while continuing to reject tattooed Japanese.

With the Tokyo Olympics coming next year, the national debate over how to handle tattoos will likely continue.