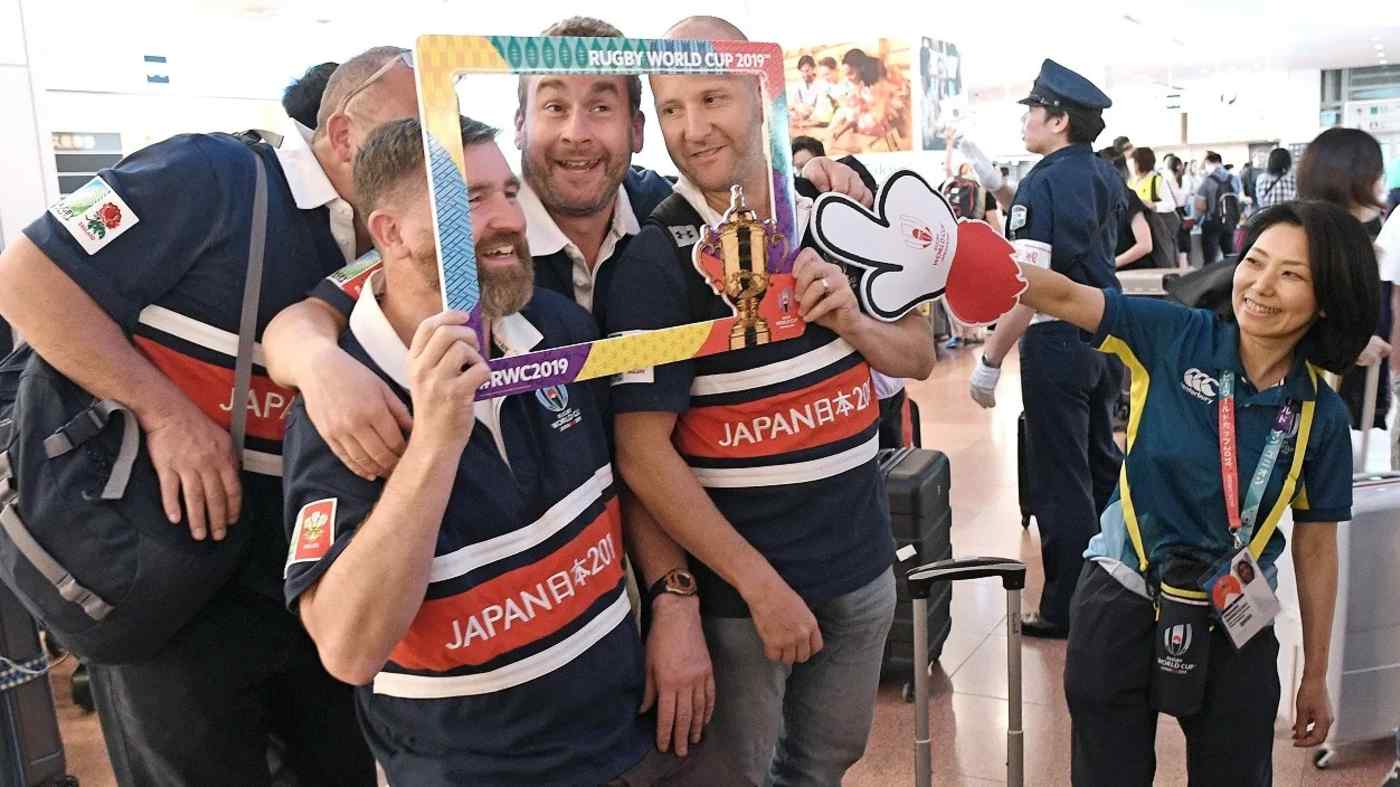 TOKYO -- Part-time workers supporting the Rugby World Cup are earning well above their usual rates thanks to the demand for extra manpower needed to deal with hundreds of thousands of tourists coming to the event, which kicked off here on Friday.

Foreign-language skills are highly sought to handle the influx. One international company in Tokyo is offering between 2,000 yen to 3,000 yen ($18.50 to $27.75) per hour for translators and interpreters.

"Now is your chance to put your language skills to use and take part in the World Cup and the Olympics!" a recruitment advertisement reads.

In August, the average starting pay for temporary translator and interpreter jobs stood at 2,077 yen per hour, according to data from online staffing agency En-japan. The hourly rate is up 50 yen from a year earlier, and represents an 14-yen increase from the previous month.

Matches will be held in 12 cities with 600,000 international rugby fans expected to visit the country, which has contributed to the rising demand for translating and interpreting staff, En-japan says. 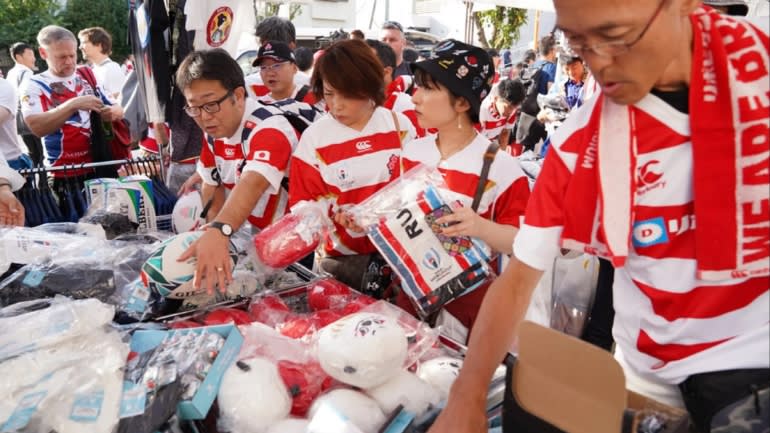 There is a large recruitment drive for event staff to direct vehicle and spectator traffic at Rugby World Cup venues such as Ajinomoto Stadium in Tokyo and Nissan Stadium in Yokohama. Other support staff are in demand as well. At Kumagaya Rugby Stadium in Saitama Prefecture, workers are given a transportation allowance, a benefit not usually granted to temporary hires.

The venues are also looking for personnel to handle security, custodial work and souvenir sales. For opening events that will take place at Kumagaya Sports & Culture Park through Thursday next week, one job offer promises bonuses up to 20,000 yen to part-time staff.

The pay for part-time security staff and vehicle traffic directors attained a record national average of 1,088 yen in August, according to staffing agency Dip. The rate is up 39% from a year earlier. Job offers have surged by 79%.

The event has also presented parking lot providers with opportunity to raise prices by five to 10 times the standard quotes. Osaka-based Akippa, an Airbnb-type platform for parking spaces, lists spots within 2 km of Ajinomoto Stadium for between 3,000 yen and 5,500 yen a day. The spaces usually go for about 500 yen, and maxed out at approximately 4,000 yen throughout all of last year.

"It became easy to predict demand based on past data of international soccer matches and similar events," said an Akippa representative.