Tokyo Olympic hospitality packages are selling out fast despite $58,000 prices Tickets to a big game are becoming only part of larger packages sold to corporate executives bent on impressing clients before, say, a Rugby World Cup match as well as during the game.

TOKYO -- Sumo matches and baseball games no longer have a sports duopoly in Japan when it comes to providing corporate executives with opportunities to impress clients. Rugby has been added to the list thanks to the huge success that was the World Cup earlier this fall, and there is already demand for wining and dining opportunities during next summer's Tokyo Olympics.

"The meal was great, and watching the game together has brought me closer to my client," said a business executive after participating in a sports hospitality event in Tokyo that combined dinner, a talk show and seats at the Ireland-Scotland World Cup match on Sept. 22.

The Tokyo construction company executive took advantage of a service the organizer touts as the first of its kind in Japan.

These services, which line up restaurants and event tickets, are gaining popularity in Japan. But the market remains small, at a potential 32.5 billion yen ($300 million), according to a survey by Japanese travel agency JTB and Deloitte Tohmatsu Group. The global market is believed to be worth tens of billions of dollars.

On the day of the Ireland-Scotland game, the construction company executive took his client to a hospitality venue near International Stadium Yokohama for a multicourse meal prepared with the help of Hilton chefs. While they dined, they took in a talk show featuring former players of the Japanese national rugby team. The executive and his guest were then led to premium seats in the stadium.

Hundreds of executives paid for the package. An employee of a major financial service company said his business partner invited him along. "My company can use this kind of service during the Tokyo Olympics next year," he said.

The event was put together by STH Japan, a joint venture between JTB and a U.K. company. STH sold packages for about 60,000 customers during the World Cup.

JTB is selling similar packages for the Tokyo Olympics. They are priced at up to 6.35 million yen per person and sold on a first-come-first-served basis. But due to the large number of applications, the company introduced a lottery.

JTB is not alone in seeing the Olympics as a major business opportunity. 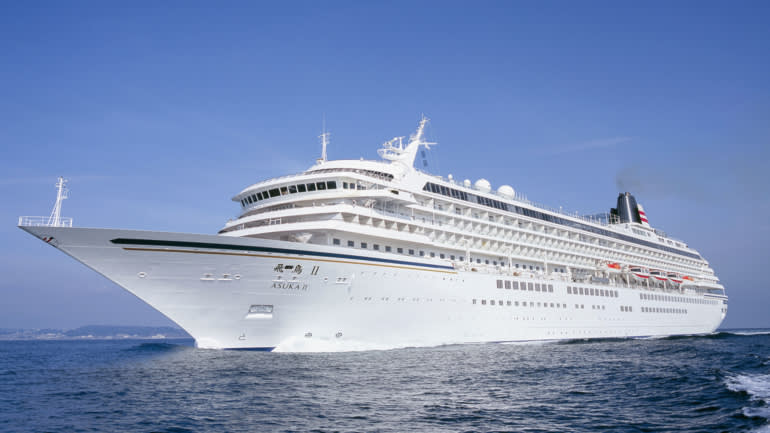 Tokyo's Club Tourism International plans to charter the luxury cruise ship Asuka II and operate it between Osaka and Yokohama as part of a tour combining ocean travel with spectator sports. The tour will come with Olympic tickets and be priced from 320,000 yen per person.

"We aim to offer an experience that customers will cherish for the rest of their lives," a company spokesperson said. The tour, which has 800 available slots, is nearly fully booked, and there is a waiting list, he said.

Sports hospitality programs are common in Europe and the U.S. They are offered to VIPs in connection with major sports events, such as Formula One races and the Wimbledon tennis tournament.

In Japan, professional baseball games are the main draw for executives wanting to wine and dine a client at a sports event.

To take advantage of the trend, the Saitama Seibu Lions baseball team is spending 18 billion yen to renovate MetLife Dome, its home stadium in Tokorozawa, northwest of Tokyo. By the end of 2021, the dome will have a VIP-only restaurant.

The Hokkaido Nippon-Ham Fighters, meanwhile, plan to open a new stadium in 2023 that will include a spa resort and restaurants.

Attendance at professional baseball games in Japan has been on a steady increase, making it easier for operators to renovate stadiums. But many stadiums are run by financially stricken local governments that are reluctant to sink money into them.