Rugby World Cup tickets 95% sold out ahead of opening match 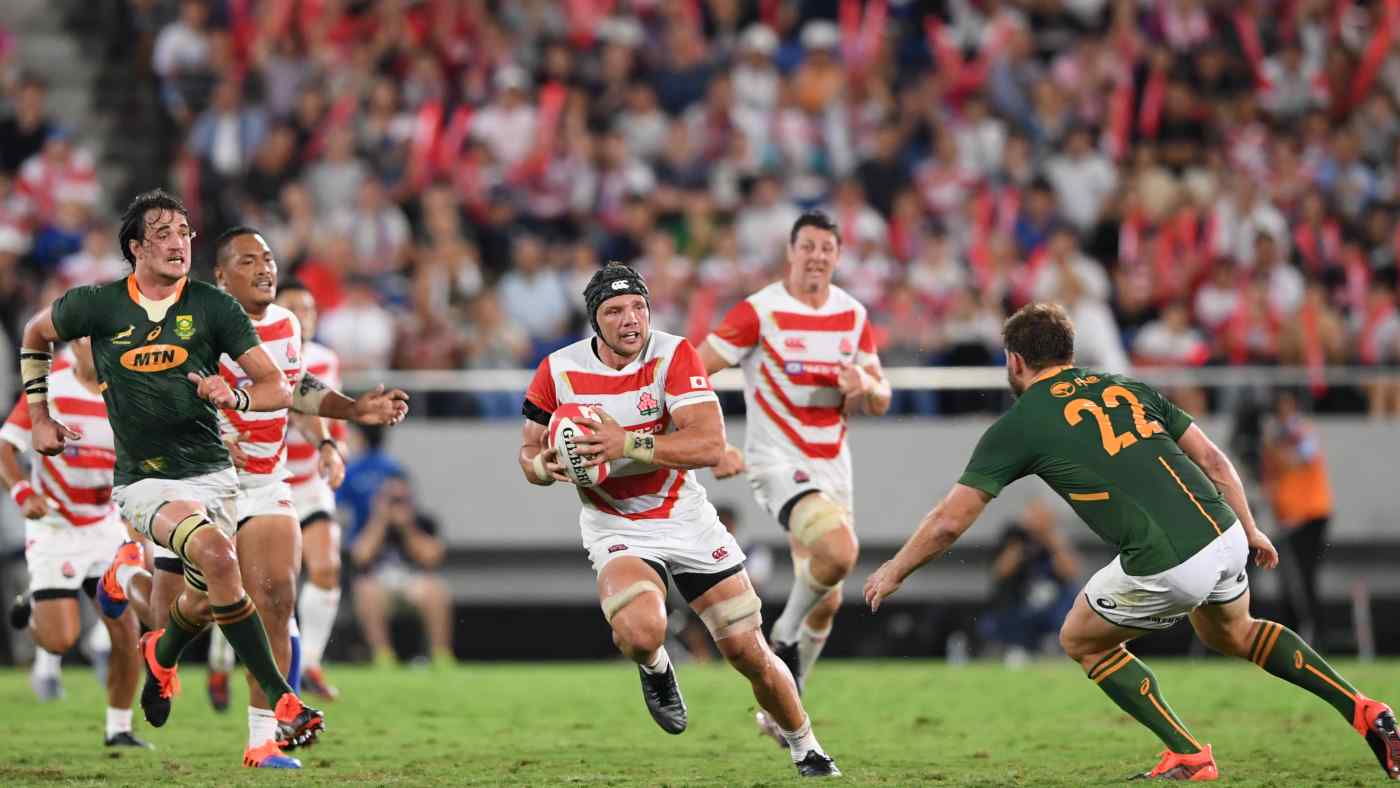 TOKYO -- The first Rugby World Cup in Asia kicks off Friday in the Japanese capital amid hopes that the six-week tournament sparks a prodigious spending spree.

The opening match pits Japan against Russia at Tokyo Stadium in Chofu, a city in the suburb of Tokyo.

The 20 qualifying teams will play in 12 stadiums across Japan, from Sapporo in the north to Kumamoto in the south, which should spread the expected half a million foreign fans across the nation.

The organizing committee estimates the games will generate a more than 430 billion yen (about $4 billion) economic effect.

"Our major goal is to see the venues for all 48 matches filled to capacity," said Fujio Mitarai, the organizing committee's chairman. "As things stand now, it is a realistic one." Mitarai is also chairman of Canon, the office equipment and camera company.

According to the organizing committee, 95% of the tournament's 1.8 million tickets have been sold.

Of the tickets, about 500,000 were designated for overseas sales.

The committee relies on ticket revenue, while World Rugby, the sport's governing body, receives the revenue from selling broadcasting rights and sponsorships.

The organizing committee's estimate of a 437.2 billion yen economic effect was issued last year. It took into account the construction of venues, the actual staging of the tournament, consumption by spectators and indirect economic ripples.

International Stadium Yokohama in Kanagawa Prefecture, near Tokyo, will host seven games, including the final and two semifinals.

The Yokohama branch of the Bank of Japan, the nation's central bank, estimates that spectators will set off a 9.8 billion yen economic effect in the city.

A representative of Shin Yokohama Prince Hotel, near the stadium, said the hotel "is expected to be almost fully booked on the days of the seven games."

The hotel's banquet halls are also expected to come in for heavy use. Rugby World Cup guests are expected to spend 30% more at the hotel than their counterparts did during the same period last year, the official said.

Airbnb also expects a surge. The home-sharing platformer said Thursday its hosts are awaiting 350,000 guests in the 12 World Cup cities. Bookings in these cities during the tournament are forecast to be up 23% from the same period last year. Local hosts will earn over 4.9 billion yen, according to Airbnb.

The service has partnered with five regions -- including Kumamoto and Oita prefectures in the southwest as well as the northeastern city of Kamaishi -- enabling locals to operate as hosts without having to follow a strict set of regulations imposed last year by the central government. The exemption of rules will run for the duration of the tournament.

Rugby fans' reputation as big beer drinkers has persuaded Kirin Brewery to increase the output of Heineken brand beer by 240% in September and by 160% in October. Hub, which operates British-style pubs, has sent seven times the usual amount of beer to its Shin-Yokohama pub, near the rugby stadium.

Canterbury of Newzealand Japan, an affiliate of sports gear maker Goldwin, is providing the official jersey to the Japanese national team. It sold 50,000 replica jerseys over a monthlong period earlier this summer and expects to sell another 200,000.

Transportation to and from games could cause headaches. Kamaishi Unosumai Memorial Stadium, in Kamaishi, in the northern prefecture of Iwate, will operate shuttle buses on eight direct bus routes linking the stadium and transportation hubs around the prefecture, including a Tohoku Shinkansen station and an airport.

The Kumagaya Rugby Ground, part of the Kumagaya Sports & Culture Park, is about 3.5 km from Kumagaya Station in the Saitama prefectural city of Kumagaya. Realizing it cannot handle the crush of people with shuttle buses, the stadium's operator has decided to encourage fans to walk to the games by decorating access roads with banners.