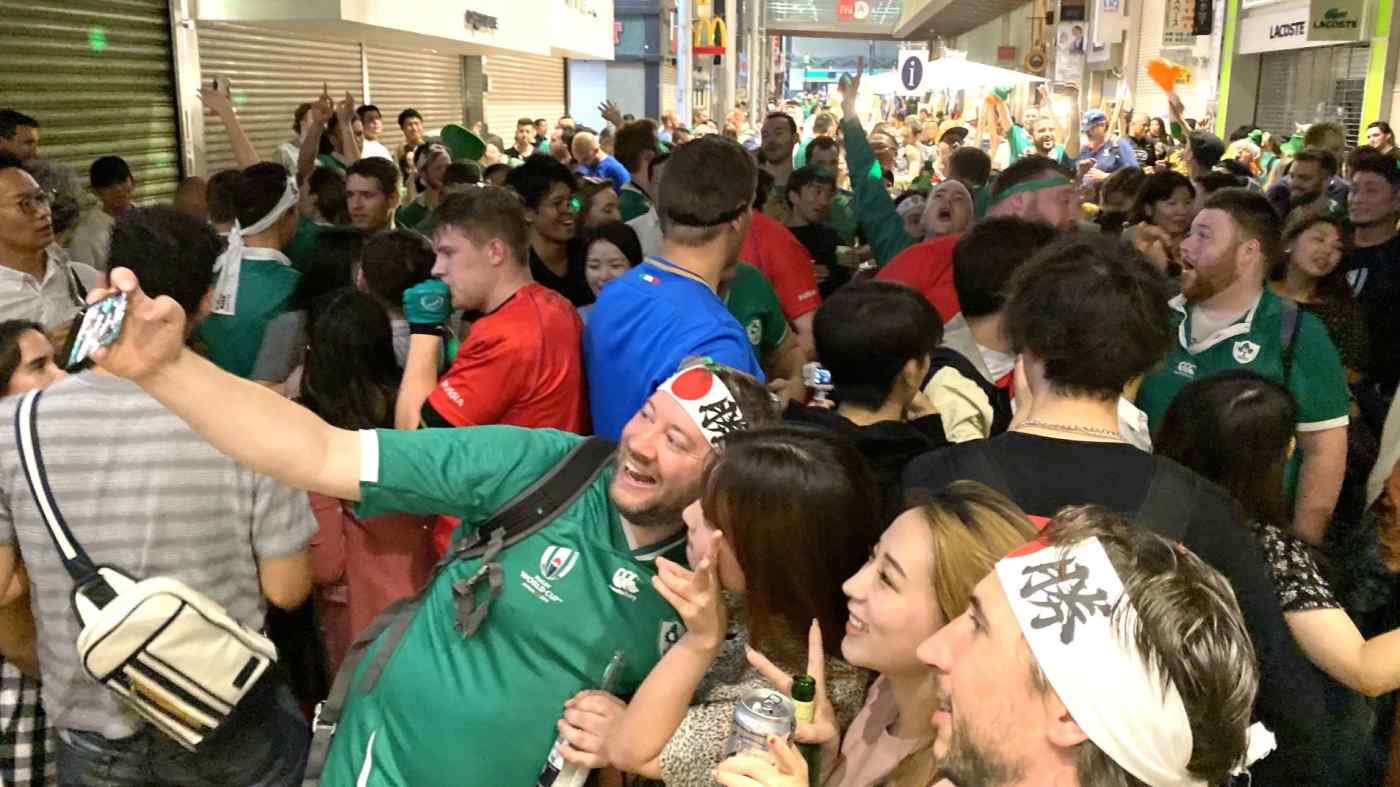 TOKYO -- The Rugby World Cup is bringing waves of foreign visitors to venues throughout Japan, along with their spending, to areas often overlooked in favor of big cities like Tokyo and Osaka.

Shizuoka, where the Japanese team upset heavy favorite Ireland last week, hosts three more matches during the tournament, including South Africa vs. Italy on Friday. A South African who had come to Japan for that game ventured out to Kyoto's famed Kiyomizu-dera temple the day before. The fan thoroughly enjoyed the visit to the former capital, calling it a "fantastic" city, and was planning to tour Tokyo on Saturday.