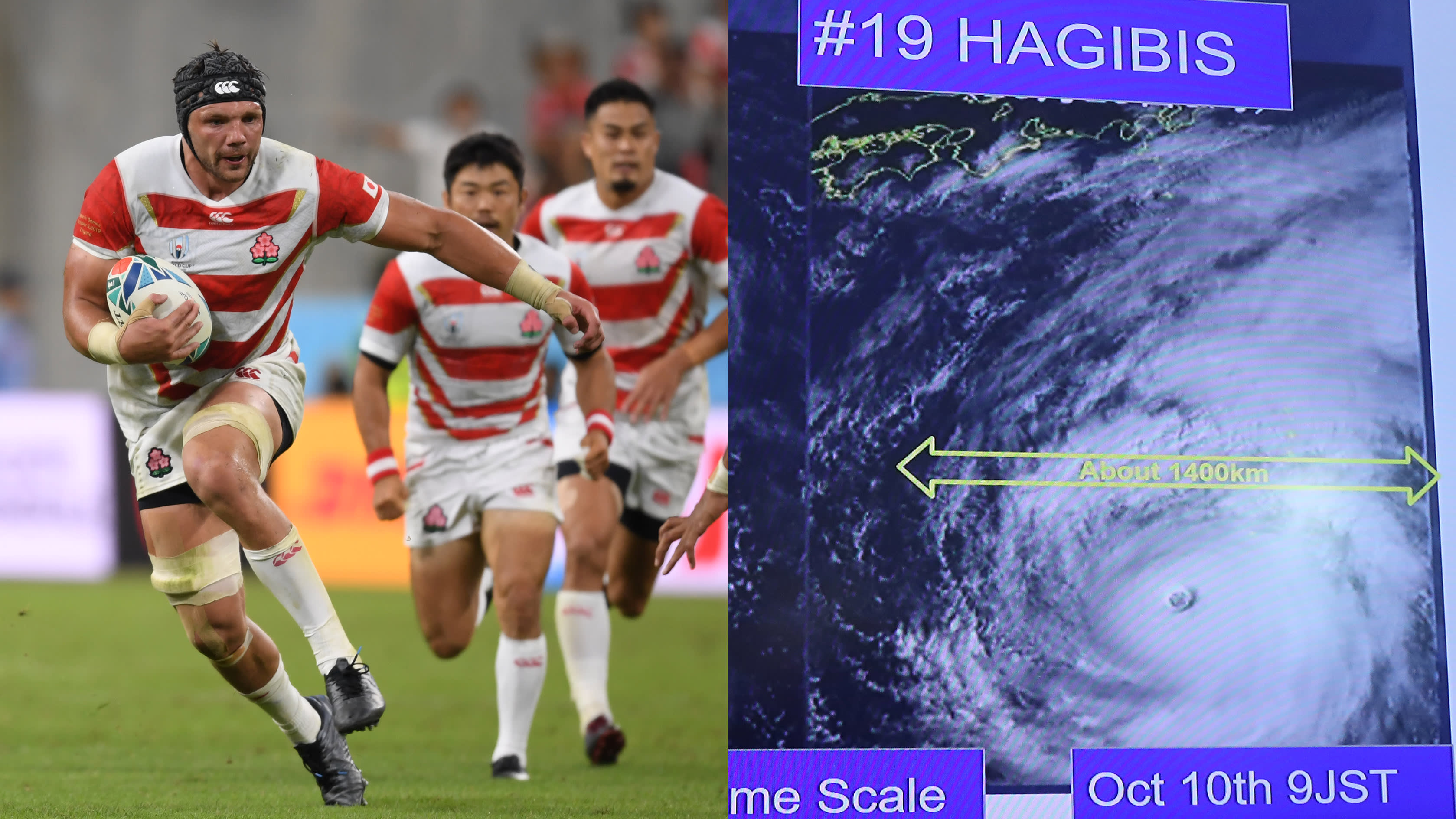 TOKYO -- Typhoon Hagibis is on course to hit Japan over the weekend, forcing the first cancellation of a game in the Rugby World Cup history.

World Cup organizers announced on Thursday that two pool games scheduled for Saturday have been canceled over safety concerns due to the fierce typhoon. One is England's game against France in Yokohama, near Tokyo. Another is the Pool B match between New Zealand and Italy in Toyota, Aichi Prefecture.

No matches have been called off in the past eight tournaments since its inauguration in 1987.

Sunday will be the last day of the first-round. Matches that are called off because of inclement weather will be considered a draw and each team given two points. Fans who bought tickets will get refunds.

Forecasts by the Japan Meteorological Agency show the super typhoon reaching southwestern Japan on Saturday afternoon before sweeping eastern parts of the country the next day.

As England and France have both already qualified, they will finish first and second respectively in Pool C. Meanwhile, the decision to cancel Italy's match against the All Blacks eliminates the Italian squad from contention. Among matches scheduled over the weekend is the much-anticipated clash between Ireland and Samoa. The organizer said the match will be played as scheduled in Fukuoka in southwestern Japan.

Knockout matches can be postponed but not canceled, however their venues can be changed.

Tournament officials have been considering fan safety when deciding whether to hold matches.

"Hagibis is predicted to be the biggest typhoon of the 2019 season and is highly likely to cause considerable disruption in the Tokyo, Yokohama and Toyota City areas throughout Saturday," World Rugby, the sport's governing body, said in a statement on Thursday. "It is an exceptional, complex and rapidly evolving situation and team and public safety is the number one priority."

The tournament's organizing committee is working closely with weather forecast companies and host cities to determine the fate of scheduled games. Final decisions will be announced at least six hours before kickoff.

Regarding the four matches scheduled for Sunday, the organizer plans to make a final decision by the morning on the same day.

Sunday's games include a clash between Japan and Scotland in Yokohama. Host Japan was at the top of Pool A with 14 points as of Thursday. The dark horse could advance to the quarterfinals for the first time. But a game with Scotland scheduled for Sunday in Yokohama will likely decide whether Japan advances to the knockout stage starting Oct. 19.

East Japan Railway said on Thursday that it may suspend local trains in the Tokyo area and some shinkansen bullet trains on Saturday and Sunday due to the typhoon. The company is expected to announce details later this week.

The organizing committee had considered calling off the match between France and the U.S. on Oct. 2 as Typhoon Mitag approached the venue in the southern city of Fukuoka, but the storm changed course, allowing the game to proceed.