Shut out by new law, home-shares are quickly turning into meeting rooms An Airbnb owner arranges a bed after guests checked out at an apartment which was used as Airbnb service in Tokyo.
MAKIKO TAKAKURA and HIROKI OBAYASHI, Nikkei staff writersJune 23, 2018 14:01 JST | Japan
CopyCopied

TOKYO -- As Airbnb home-sharers in Japan quit the market in droves, following a new law that considerably increases red tape, their search for a smooth exit has brought a surge in new businesses.

One common option is to convert now-vacant properties into meeting rooms. Tokyo-based Spacee, which runs a booking site for conference rooms, has around 4,700 listings at present. The count has grown by roughly 10% month-over-month this year as the new regulations approached.

"More and more people at our informational sessions are interested in making old home-shares into meeting rooms," said a Spacee representative.

Other home-sharers are opting to turn their rooms into monthly rental apartments. Real estate company Residence Tokyo launched a service in May that borrows rooms from former home-sharers, for around $800 to $900 a month, and then rents them out to tenants for about $45 per day. Rooms are mostly one-bedroom types. Inquiries regarding their business, focused on the greater Tokyo area, have risen by 50% in the past week.

Operating as a home-sharer often requires additional investment, such as installing sprinklers and fire alarms. "Accounting for equipment investment and other costs, the hurdles to home-sharing have grown higher on the profit front," said a representative at Residence Tokyo. 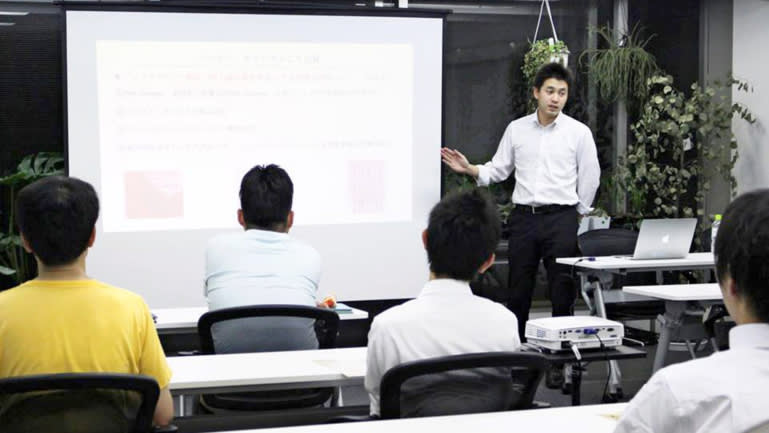 Websites for selling off secondhand goods are also seeing more business. Jimoty, a Tokyo company that runs a used-goods marketplace site, is currently having a "home-sharing exit sale," listing 300 items in furniture and other household goods. The listing has ballooned since April.

"Many items are offered for a low price, looking for a quick turnaround," said a Jimoty executive. Items including refrigerators and beds often come in batches, with some selling for as little as 10,000 yen ($91). Many postings ask that buyers pick up the goods within a few days.

Companies that remove furniture are likewise enjoying more business. Tokyo's Swwitch Entertainment launched services in the capital area last year, offering to help owners get out of home-sharing, and it is in the process of expanding elsewhere, to Fukuoka as well as the Kansai region, which includes Osaka and Kyoto. The home-sharing law, which took effect June 15, legalized the renting of private properties as lodgings through services like Airbnb -- a practice called minpaku in Japanese -- but capped rentals at 180 days per year and required owners to install safety equipment, as well as obtain a municipal confirmation number. Local governments can also add their own rules.

"Regulations have us bound hand and foot," grumbled a man in Tokyo's Shinjuku business district who is getting out of home-sharing. "They're even driving out well-meaning owners who cause no trouble and get a chance to interact with people visiting Japan."

Airbnb, which was the focal point for practically all Japan's home-shares, had about 62,000 properties listed in the country at its peak this spring. By the end of May, the count had slid to about 54,000, according to research firm Hollywis, presumably due to people getting out of the business.

In early June, Airbnb stopped listing properties that lacked official permits or had not registered confirmation codes from local governments as required under the new law, and listings plunged to about 13,800 -- roughly 80% below the peak. By June 15, the count had recovered to about 27,000 as some owners received confirmation keys and re-registered. But the company is still working to purge illegal listings, it was revealed Thursday, and probably has removed several thousand more in the last week after the Japan Tourism Agency asked it to look into the matter. Many owners are believed to have quit during this period.