After U.S.-based Airbnb pulled thousands of listings of property owners who failed to complete the registration process on time, some travelers and hosts are negotiating directly. By cutting out middlemen like Airbnb, they hope to get around the strict rules.

A 39 year-old Japanese man, who asked not to be named, recently received an email from an Airbnb host who owns a condominium in Niigata Prefecture on the Sea of Japan. "Call Airbnb and ask them to cancel the booking," the email said. The traveler is planning a four-day trip at the end of July.

The host asked the traveler to pay in cash on arrival and for his mobile phone number. "It would be better to say that we know each other, and that you are renting this room from your friend."

"I was lucky," said the guest, "that I was able to get a voucher in compensation from Airbnb and avoid paying a commission to the site at the same time, which would normally have cost me about 20,000 yen ($180)."

A French couple also did an end run around the room-sharing website during a visit to Tokyo in late June. The man received an email from Airbnb about two weeks before the trip saying the booking would be automatically canceled because the property was not legally registered. But he also got an email from the host asking whether they still wanted to stay. "It is true we were a little worried about staying at an illegal place," said the 29-year-old man, "but we did not have enough time to reconsider." 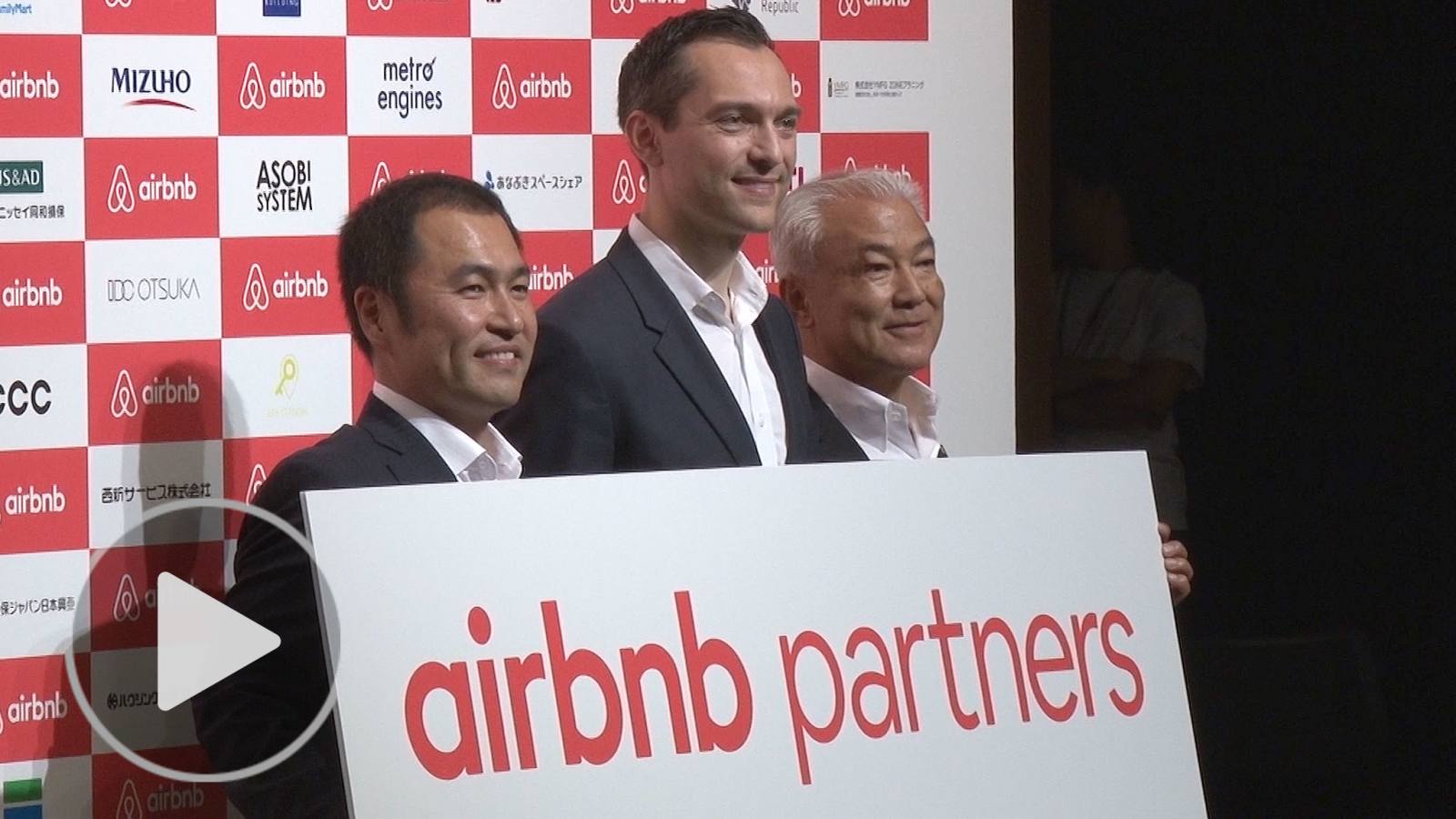 At its peak in the spring, Airbnb had 62,000 listings in Japan. But the company pulled around 80%, or 50,000 of them, after the Japan Tourism Agency demanded on June 1 that bookings for rooms that had not officially registered be canceled.

The new law requires that owners rent out rooms for no more than 180 days per year, and that they confirm the identity of guests. Some municipalities impose further restrictions. Shinjuku Ward in western Tokyo only allows home-sharing on weekends, for example.

Bookings of unregistered lodgings are now automatically canceled 10 days before arrival. Airbnb announced that it has set up a 1.1 billion yen fund to compensate travelers for booking fees and canceled flights.

By June 15, the day the new law took effect, the number of Airbnb listings had recovered to 27,000. However these are said to include properties with false registration numbers, put up by hosts who cannot meet the requirements, causing the company to scrub thousands of its listings from its website again.

Asked how they planned to respond to the legal changes regarding accommodations in Japan, a Nikkei Asian Review social media survey of 198 internet users planning a trip found that 29% said they would use home-sharing services registered with authorities. Including those who said they would switch to hotels, 76% said they still planned to come to Japan and stay at a legal accommodation. Nearly a quarter, 24%, said they would either go to another country or cancel their trip. A poll conducted by Nikkei Asian Review showed nearly 25% of foreign tourists would cancel their trip to Japan, if only a limited number of home-sharing locations were available.

Other home-sharing platforms have been flooded with inquiries from foreign tourists since the beginning of June, right after Airbnb canceled a huge number of its bookings. Many questions had to do with the legal status of the accommodations, or alternatives if their bookings were found not to be in compliance with the law.

Hyakusenrenma, a home-sharing company based in the northern city of Sendai, began offering new services on its website on June 5 aimed at people whose bookings have been canceled. Customers enter their destination, check-in date, and other information, which Hyakusenrenma staff use to offer alternative lodgings.

The company, founded in 2012, has focused on legally registered locations classified as "simple lodging facilities" under the existing hotel business law, and those in a special economic zones such as Osaka Prefecture, in western Japan, and other areas exempt from the new rules. Hyakusenrenma lists about 2,000 rooms, including some in farm houses.

Analysts say the picture in Japan's home-sharing market is murky. "It is inevitable that the number of rooms available will sharply decline in 2018, given the high number of requirements for obtaining the proper business license," said Tatsunori Kuniyoshi, a research associate at Euromonitor International.

Airbnb has grabbed a big piece of Japan's short-term rental market, which excludes hotels, with its share rising from 2.6% in 2012 to 60.3% in 2017, according to Euromonitor International. Kuniyoshi said there may be a shortage of accommodations in the future, adding, that the government's strict policy on lodgings "is surprising, considering the industry's capacity constraints and how short-term rentals could quickly and flexibly alleviate them to help the government reach its tourism target" of 40 million of foreign visitors by 2020.