Asia startups jostle to be 'Uber' of last-mile delivery 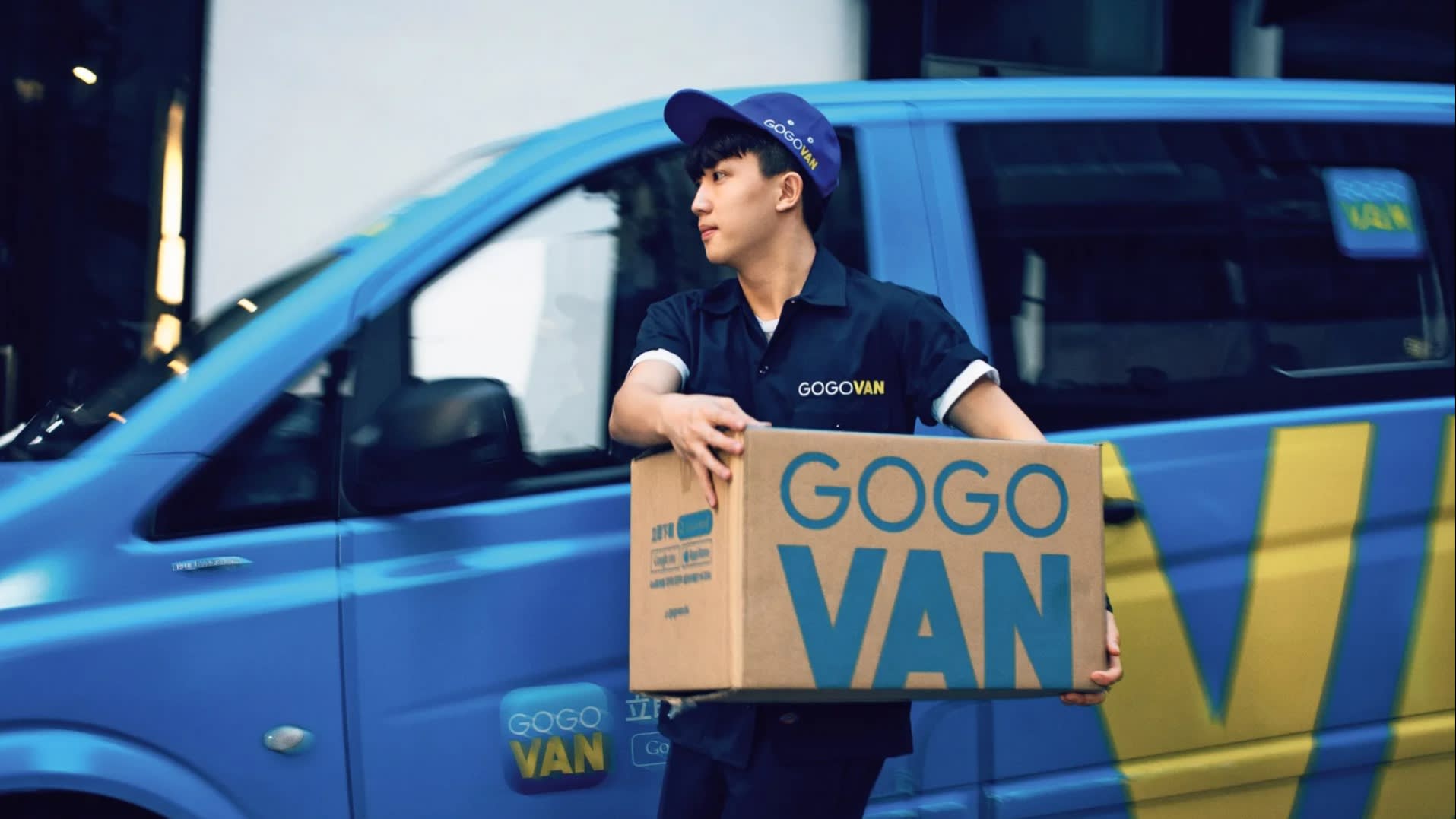 HONG KONG -- Weaving through traffic on a given day here are blue-and-yellow vans that fill the gaps in Asian logistics networks unable to keep pace with the growth of e-commerce.

Hong Kong-based GoGoVan dominates the city's market for on-demand shipping, with the share of 60% to 70%.

The startup is one of the contenders following a business model that has been compared to ride-hailing app Uber. It is competing against Hong Kong peer Lalamove and Singapore-based Ninja Van to extend its service across Southeast Asia and beyond.

The popularity of online shopping and food delivery has added urgency to the "last mile" problem -- the final step of getting packages into consumers' hands.

GoGoVan and its peers sprung up around this challenge. Their services, which connect customers to drivers via smartphone apps, are often easier and cheaper than dealing with a big logistics provider. 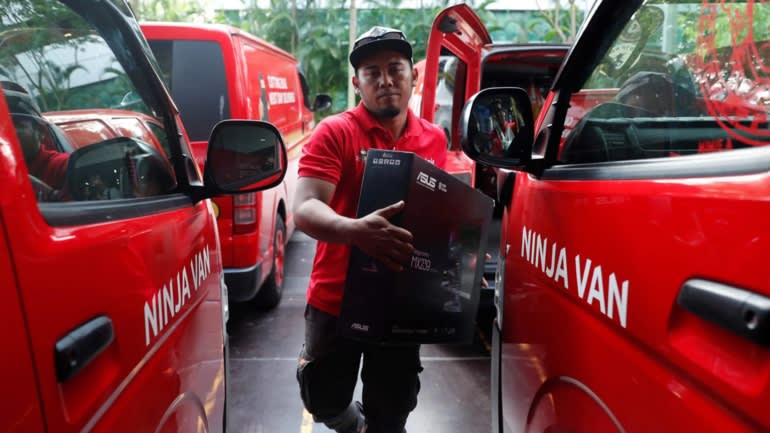 A Ninja Van employee unloads his van at the startup's Singapore office. Its latest round of fundraising will bolster the company's cash on hand as it looks to ride out the coronavirus pandemic.   © Reuters

Booking one van for a 37 km trip from the center of the city to Hong Kong International Airport costs 285 Hong Kong dollars ($36) on GoGoVan. That is 25% less than the price to ship a 30 kg package via China-based parcel carrier SF Express and about 20% less than an Uber trip.

GoGoVan users can have a driver at their location within 15 minutes, whereas it can take an hour or two for traditional shipping companies that rely on call centers for dispatching, co-founder and CEO Steven Lam told Nikkei.

The company, which has received funding from Alibaba Group Holding unit Cainiao Smart Logistics Network, typically takes a commission of 8% to 10% from delivery fees paid to drivers. The transparent pricing structure has helped GoGoVan gain support among both customers and drivers. Customers include furniture and home goods stores Price Rite and Ikea.

Since its founding in 2013, GoGoVan has expanded into Singapore, South Korea, Taiwan and India, but it generates 80% of its revenue in mainland China. The company merged in 2017 with mainland-based peer 58 Suyun, widening GoGoVan's range to more than 300 cities.

GoGoVan's main rivals in Uber-style logistics include Lalamove, formerly known as EasyVan, which operates in more than 250 cities spanning Singapore, the Philippines, mainland China and elsewhere.

Lalamove announced a partnership in October with Vietnam's VNPost Express for two-hour delivery of small packages in the country. The company recently expanded its Philippine service range to Pampanga Province northwest of Manila, according to local media.

Lalamove has raised $461.5 million, most recently securing $300 million in a Series D round in February, according to Crunchbase. It counts Shunwei Capital, run by Xiaomi founder Lei Jun, and China's Hillhouse Capital Group among its investors.

Competition in the field is intensifying as more companies adopt the simpler model of connecting drivers to customers. Southeast Asian ride-hailing companies Grab and Gojek operate similar services using motorcycles in markets such as Thailand and Indonesia. Ninja Van has a delivery partnership with Grab.

GoGoVan's Lam said the company can do more to improve efficiency with its more than  8 million registered drivers, many of whom handle deliveries in their spare time. The startup looks to use artificial intelligence and big data to plan more efficient routes and better predict demand.

Small and midsize enterprises that find it difficult to work with larger shippers often use the service to send parts and materials, the company says. But GoGoVan faces tough competition in Chinese cities, which tend to have an excess of delivery companies.