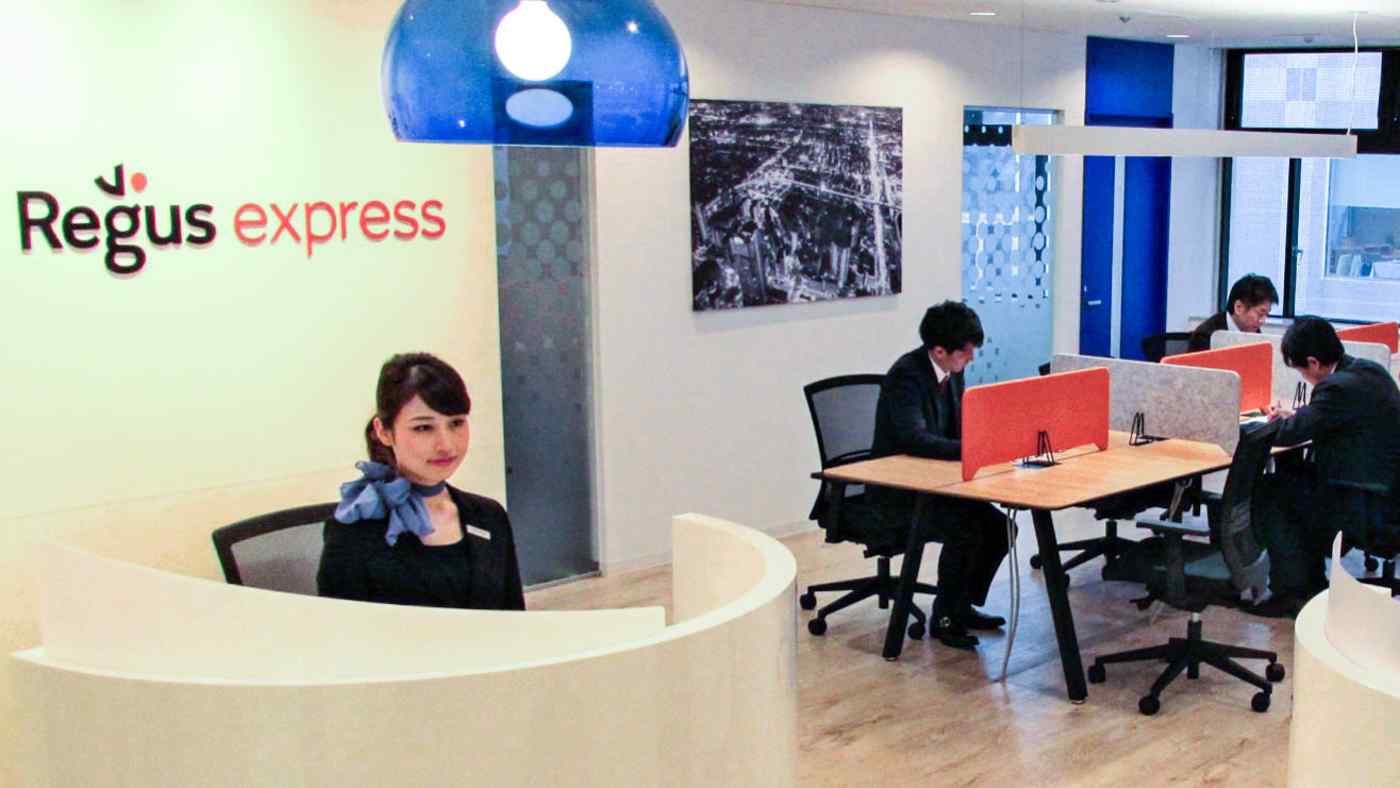 TOKYO -- Japan's leading provider of conference rooms is paying approximately 50 billion yen ($446 million) to jump into the shared office market, an intensely competitive industry now that venture capital companies like SoftBank Group are putting billions of dollars into startups like WeWork of the U.S.

IWG, the global leader in providing office space to small companies, is also the leader in Japan's shared working space market, operating under brands like Regus.

This market is heating up as high office rents force small companies to seek alternatives and as flexibility becomes more highly prized than permanent office space.

TKP is eager to expand into the sector, expecting to package office space and conference rooms.

The acquisition is expected to be completed by the end of May. TKP will also obtain a license to open shared offices in Japan under IWG's Regus and other brands.

Going forward, TKP plans to open independent shared office space outlets and renovate some of its nearly 250 existing conference rooms to better cater to clients seeking temporary office space. In addition, TKP seeks to convert former furniture stores into coworking spaces. It holds a stake in Otsuka Kagu, a furniture retailer that had to close some of its outlets as it restructured its business.

Switzerland-based IWG was established in 1989. It operates nearly 3,000 workspace outlets in 120 countries. It entered Japan in 1998 and came to hold approximately 130 shared offices in the country, No. 1 in the market.

Besides Regus, its other brands include Spaces and Open Office.