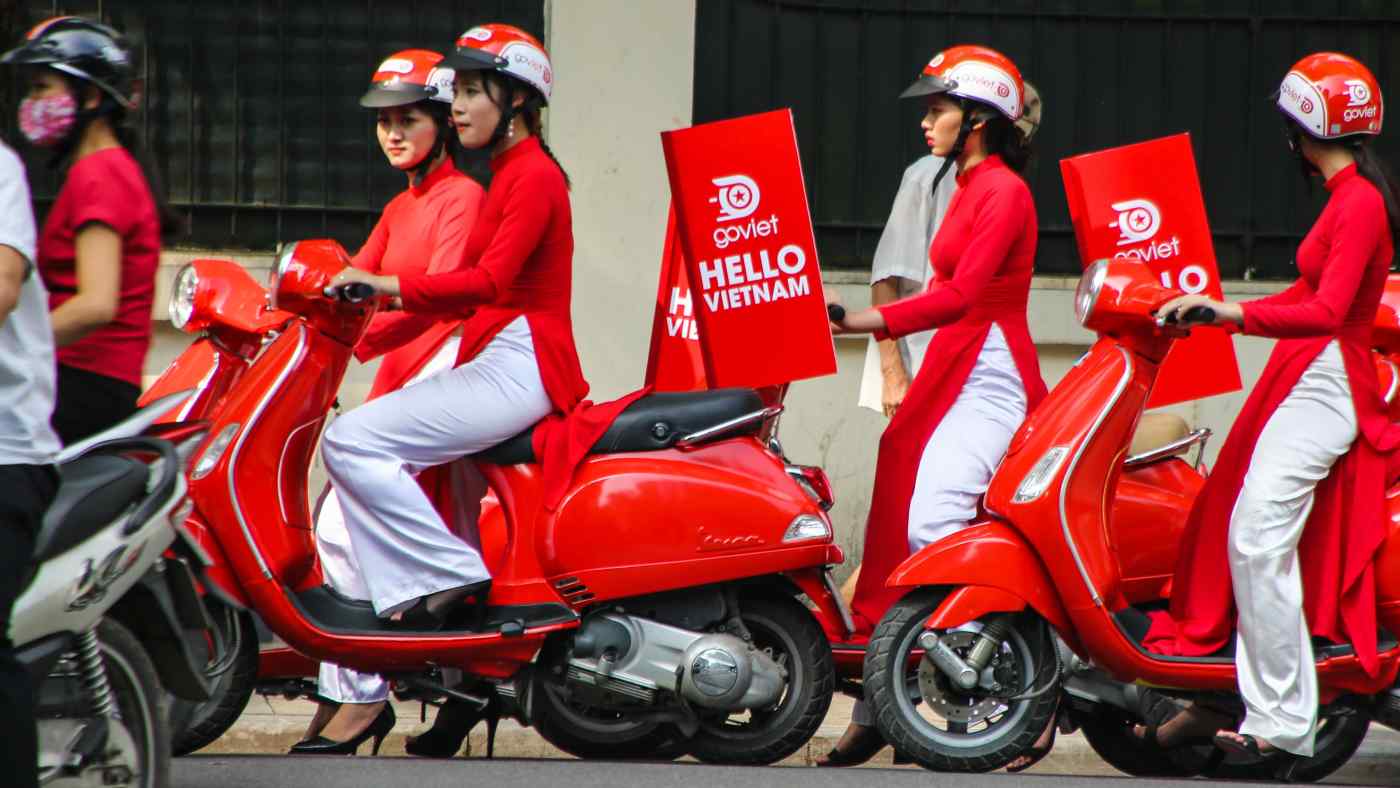 Go-Jek rolls out in Hanoi on Wednesday in partnership with Go-Viet. The Indonesian ride-hailing service will challenge Singapore-based Grab, which already has a presence in Vietnam. (Photo by Akira Kodaka)
ERWIDA MAULIA, Nikkei staff writerSeptember 12, 2018 21:35 JST | Vietnam
CopyCopied

The announcement follows the company's partial launch at the beginning of August in Ho Chi Minh City. Go-Jek is operating in Vietnam with local partner Go-Viet.

"This is the first time we have shared Indonesia's technology internationally, and the Vietnamese people will be the beneficiaries," Go-Jek founder and CEO Nadiem Makarim said during the launch ceremony. Indonesia President Joko Widodo, in the country for the World Economic Forum, also attended the launch.

"Go-Viet incorporates Go-Jek's world-class technology, which has been proven in Indonesia, as well as our operational knowledge and investment," the CEO said, adding that Go-Jek is committed to providing Go-Viet with technology and financial support over the "long-term."

Makarim said that the Go-Viet app has been downloaded 1.5 million times since its partial launch in Ho Chi Minh City, grabbing 35% of market share for two-wheel ride hailing in Vietnam's largest city.

The launch gives Go-Viet a presence in both Hanoi and Ho Chi Minh City, with combined populations of over 20 million people.

"The success we've seen so far proves that Vietnam is in need of safer, more reliable and convenient services," Makarim said. "Consumers need more choices and the market needs more competition for sustainable growth in the industry."

Go-Viet presently offers only two-wheel ride-hailing and courier services, but Go-Viet co-founder and CEO Nguyen Vu Duc said the company wants to offer other services currently available for Go-Jek customers in Indonesia. These include car hailing, food delivery and mobile wallet Go-Pay over the next four months, with cleaning and beautician services to be added later. 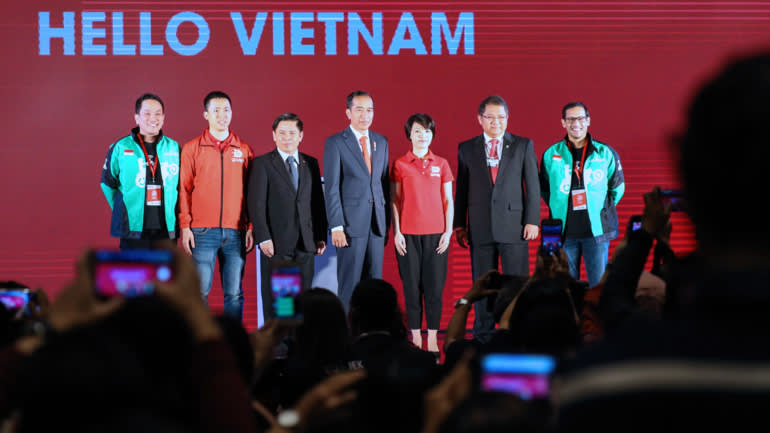 "Go-Jek has impacted the life of Indonesia and its people," Nguyen said. "We hope together with Go-Jek we can create similar impacts on Vietnam based on the Indonesian model," he added, calling Go-Jek a "strategic partner" for Go-Viet.

Go-Jek President Andre Soelistyo said the company might also develop local features and functions. Apart from its home in Indonesia, he said Go-Jek will "soon" expand into Thailand, and remains in talks to enter the Philippines and Singapore.

Go-Jek's arrival poses a challenge to Singapore-based Grab in Southeast Asia's fastest-growing economy. Grab is visibly the market leader in Vietnam's crowded ride-hailing industry, even more so following the exit of Uber from Southeast Asia and Grab's takeover of the U.S.-based ride-hailing company's operations in the region.