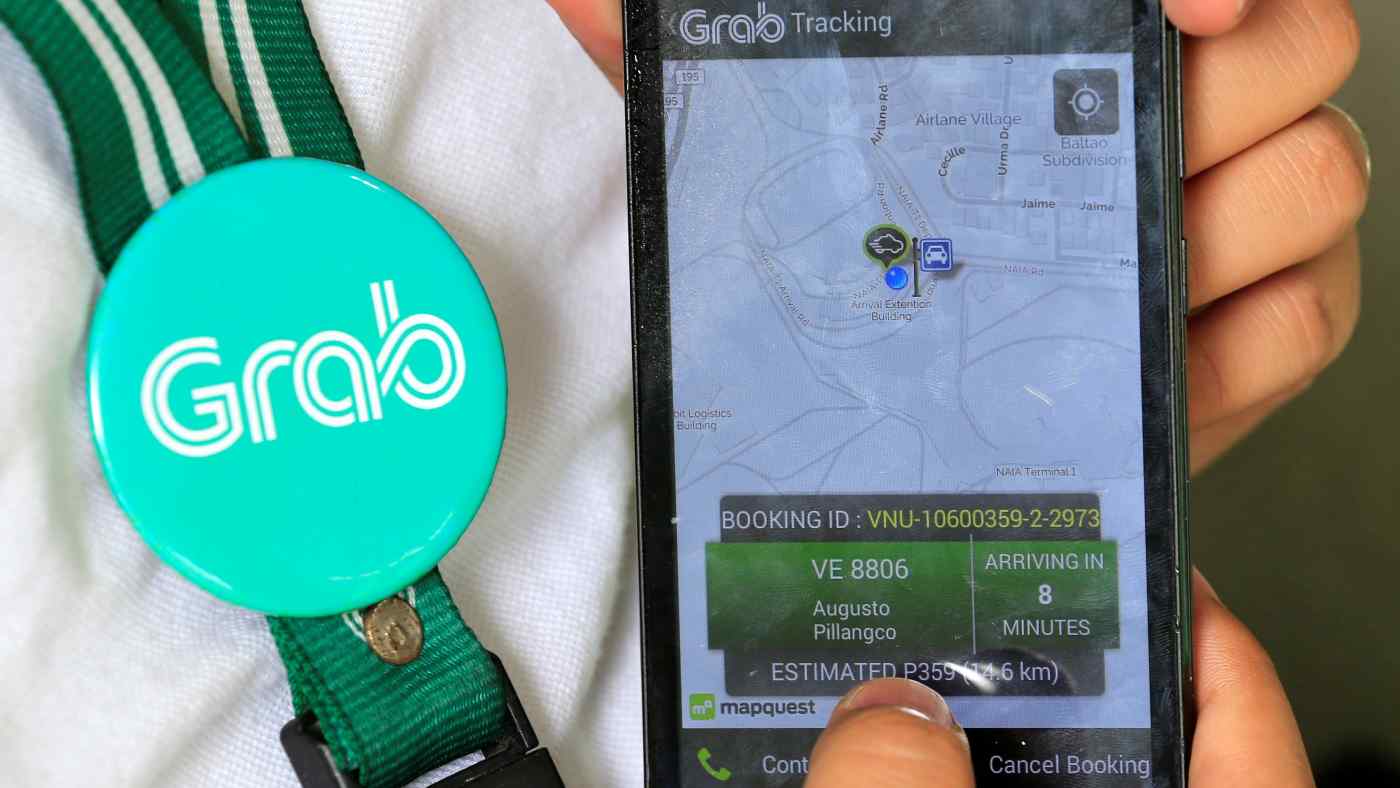 MANILA -- Leading ride-hailing app Grab scored another regulatory victory in the Philippines after the government allowed these companies to tack on an extra per-minute charge.

Ride-hailing services will be allowed to restore a 2 peso (4 cent) per minute charge that was suspended in mid-April, the Land Transportation Franchising and Regulatory Board said on Wednesday.

The decision comes less than a month after the Philippine Competition Commission on Aug. 10 gave the green light to Grab's takeover of U.S. rival Uber's Southeast Asian business, easing competition that had driven down fares for riders.

Grab has cornered over 90% -- a virtual monopoly -- of the country's ride-hailing market since the merger, the antitrust watchdog said. PCC Commissioner Stella Quimbo said the restoration of the fare structure was not anti-competitive and was anticipated by the commission.

"What we are looking at is whether Grab goes far away from the minimum and maximum [fare structure] that LTFRB allows," Quimbo told the Nikkei Asian Review.

She declined to elaborate on how PCC will determine violations, but said Grab will be monitored to ascertain if it's complying with measures meant to prevent abuse of its dominant position in the market.

The Philippines became one of the first countries in the world to legalize ride-hailing services in 2015. But the move also meant subjecting these companies to regulations similar to other public utilities like buses and taxis, whose fares are regulated by the LTFRB.

The controversial fee was suspended in mid-April after Congressman Jericho Nograles filed a complaint against Grab and smaller competitor Hype, claiming their fare structure was illegal. The regulator said that Wednesday's decision was made "without prejudice" to the resolution of the Nograles case, meaning the board's decision is not the last word on the matter.

The higher Grab fares come at a time when Filipinos are growing sensitive to price hikes amid rising inflation. The consumer price index rose 6.4% in August, the fastest rate in nine years, the government reported on Wednesday.

The decision is a reprieve for Grab's more than 40,000 drivers, but a headache for riders already complaining of surging fares since the merger in late March.

The regulator asked ride-hailing companies to provide customers a breakdown of the final fare, including the base fare and surge price, in digital receipts. The ruling will take effect 15 days after it is published in a newspaper.

Grab Philippines head Brian Cu said restoring the pricing scheme will encourage some drivers to go back to work. He said Grab was merely following a Department of Transportation order from 2015, when the government embraced companies like Grab as public utilities and allowed them to set their own fares.

The regulatory board's decision is "a welcome outcome that we are grateful for, and supports the fact that Grab acted in good faith and did not do anything illegal," Cu said in a statement on Wednesday.