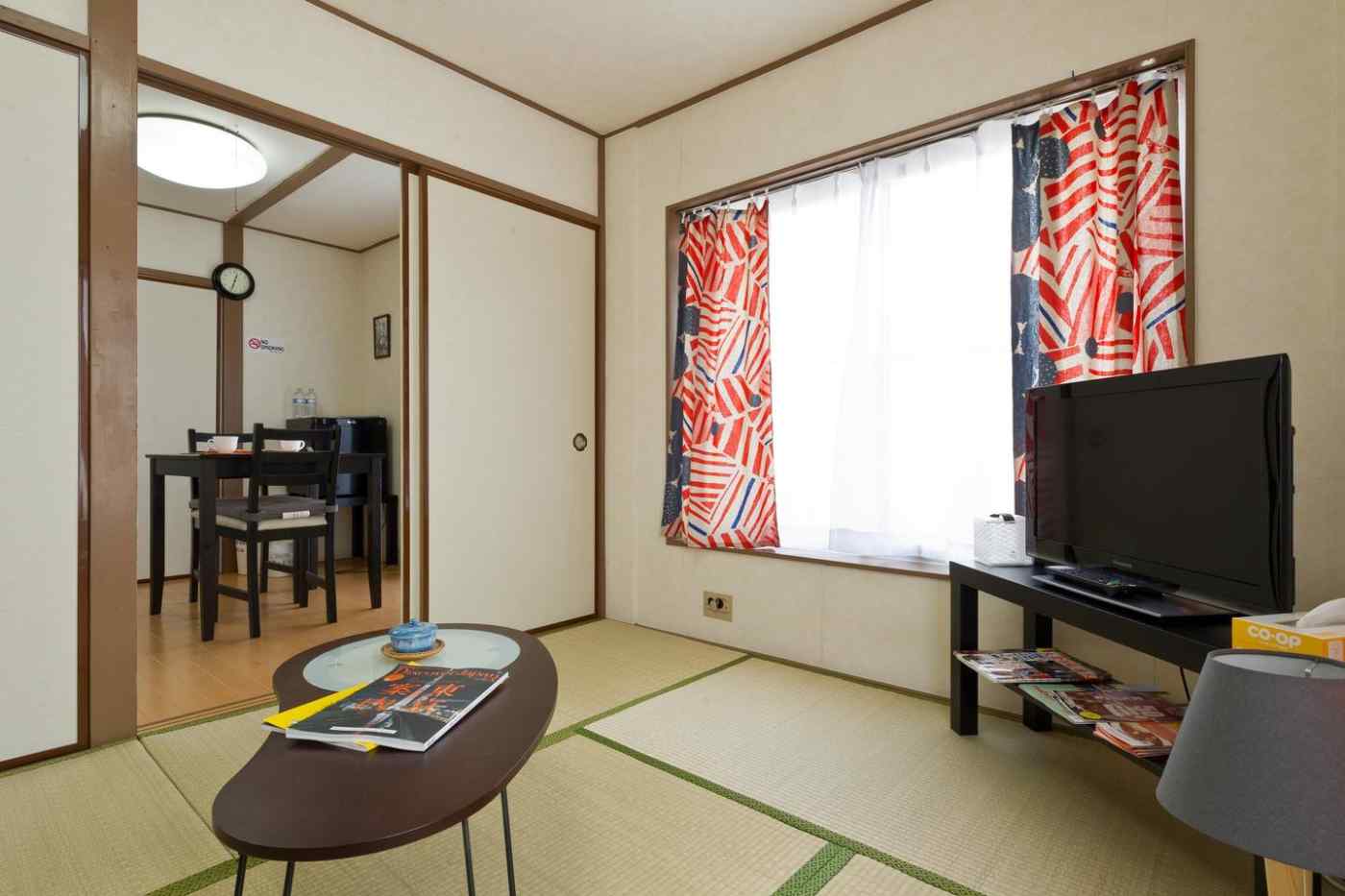 Japanese homeowners who have been generating revenue through sites like Airbnb thought they would be able to do so legally under a new law that takes effect on Friday.
ERI SUGIURA and AKANE OKUTSU, Nikkei staff writersJune 11, 2018 14:42 JST | Japan
CopyCopied

TOKYO -- Some tourists on their way to Japan have begun looking for alternative lodgings now that their Airbnb bookings have been canceled.

Last week, the home-sharing pioneer pulled the listings of its Japan hosts who have yet to complete a registration process and acquire licenses under a new law that takes effect on Friday. The ensuing confusion may accelerate when other home-sharing platforms follow suit; it could also dent Japan's high-flying tourism industry.

Christopher Morris, a 43-year-old American living in London, was embarrassed when he suddenly received an email from Airbnb saying that his reservation had to be canceled because the host had not obtained a license. Morris had planned to arrive in Tokyo on June 20 for a stay of several weeks that would combine work and pleasure. He had made two reservations via Airbnb.

“If my second reservation is also canceled," Morris said, "it would cost me an additional $1,200 for hotels."

Morris has used Airbnb on 14 trips to Japan during the past two years. The site can make it much cheaper to travel to Japan by allowing tourists to rent out apartments or rooms on a short-term basis and stay away from the country's costly hotels. He is now considering whether to make fewer trips to Japan.

“Right now," he said, "Japan is not kind, welcoming, respectful or even acting with human dignity towards its visitors.”

“We might go to Europe or China instead,” he said.

He had planned to take his wife and two children to Japan for a month beginning in December. He made his Airbnb reservations days before the listings were pulled. He booked flights at the same time. Then the apartment he had reserved vanished from Airbnb's website. In its place was a note: “Listing no longer available."

If he and his family are unable to find other Airbnb apartments that provide enough space at an affordable cost, “we may end up deciding to take the loss of our air tickets and visit another country where we can use home-sharing.”

A Canadian who is about to come to Japan with his family of five is now looking for a low-priced hotel in Shinjuku, where he had reserved an Airbnb stay. 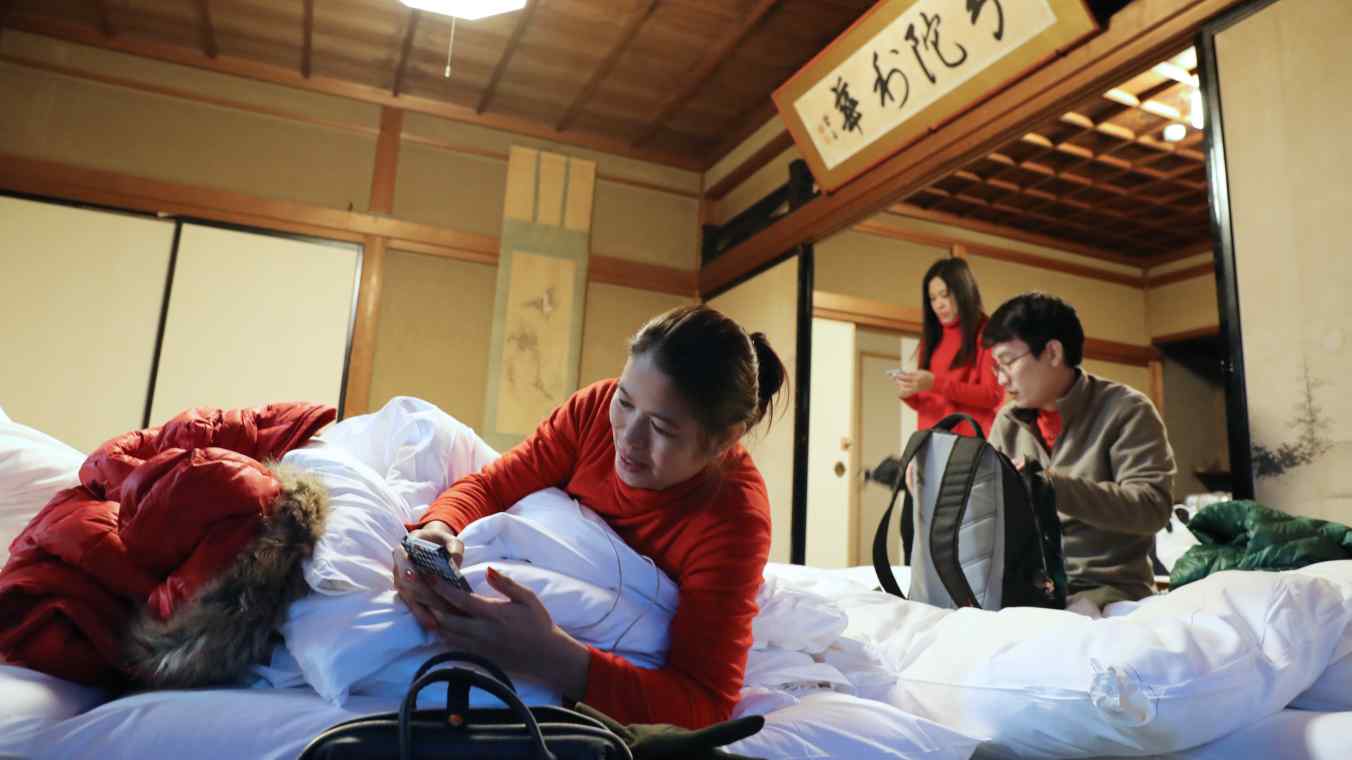 Home-sharing operators in Japan tighten ship ahead of new law

“The host was assuring me that my reservation was secure," the traveler said, "but this morning I learned it was canceled.”

Japan's Airbnb hosts are confused and angry. “I was excited last year to hear that a new law was being implemented enabling me to announce publicly that I provide minpaku," one home-sharer said, using the Japanese word for renting out a room in a private residence. "But [the law, which has numerous requirements and allows local governments to deny licenses] clearly betrayed my expectations."

The host, who was listing two rooms of an apartment in Tokyo's Toshima Ward, asked not to be named. He had not acquired legal permission to rent the rooms. He said his disappointment comes from his local government.

Even though he spent nearly a year preparing a dozen documents, including a certificate from the fire department and a form saying the property had been registered for minpaku use, a ward official rejected his application, saying he needed documents for each room, not single documents for the apartment.

The law also requires home-sharers to install sprinklers, high-end fire alarms and other equipment. The upfront costs are daunting.

With his ward registration application denied, the host stopped renting the rooms this month.

Meanwhile, hosts that have managed to obtain licenses, are benefiting from their less-fortunate peers. Koju Yamamoto, 39, who rents out 130 rooms in Osaka through Airbnb and other platforms has been receiving more than 10 bookings a day since the beginning of June. He used to get one or two.

“They must be tourists whose bookings have been forcibly canceled due to 'illegal' accommodations,” Yamamoto said. Many home-sharing hosts complain that strict local rules have made national deregulation meaningless.

Yamamoto began his minpaku business in 2011 and obtained a hotel operator's license in 2016. Acquiring a hotel license is one way around the home-sharing law but has its own set of obstacles.

“It is still only Airbnb," Yamamoto said, "but if other platforms follow, the number of home-sharing refugees will increase sharply.”

In spring, Airbnb had more than 62,000 Japan listings, a number that has since been culled by about 80%. Bookings at the effected properties that were to begin on Friday or later have been canceled.

The refunds could come in the form of coupons.

But JTB is unsure if any Airbnb refugees have made use of the platform. “There have been no inquiries made to our customer support center so far," a JTB representative said. And "it is difficult to determine if bookings made on our website came from users of Airbnb.”

According to Japanese hotel operator Prince Hotels, there has been no remarkable increase in reservations at its Tokyo hotels since Airbnb culled its Japan listings. June is generally a quiet season for hotels, a representative said.

The minpaku law was touted as a measure that would make it easier for hosts to legally sublet rooms and homes for no more than 180 days a year. Before it was written, hosts had to obtain a license under the hotel business law, which stipulates far more requirements. Most home-sharers simply disregarded the law, and authorities looked the other way.

For many hosts, however, the new law has created more problems. Not all local governments and home-owners associations, for example, fully allow the practice. As of May 11, the latest date for which data is available, 724 Airbnb hosts had completed the process.

Yojiro Fuyuki, president of Japan-based minpaku consultancy TEAM NanatsuBa, said the 180-day rule itself makes getting into the minpaku business unattractive. “The number of minpaku will definitely go down,” he said.

Fuyuki said the many listings on other minpaku platforms that have not obtained legal permission to operate are breaking the law.

Japan's government has been relying on inbound tourists to help the Japanese economy grow. It expects 40 million arrivals in 2020, when Tokyo hosts the Olympics. In 2017, about 29 million foreigners visited Japan.

Now the very law that many thought would help budget tourists afford to come to Japan could end up hindering them.