Japan's home sharers check in guests at nearby hotels 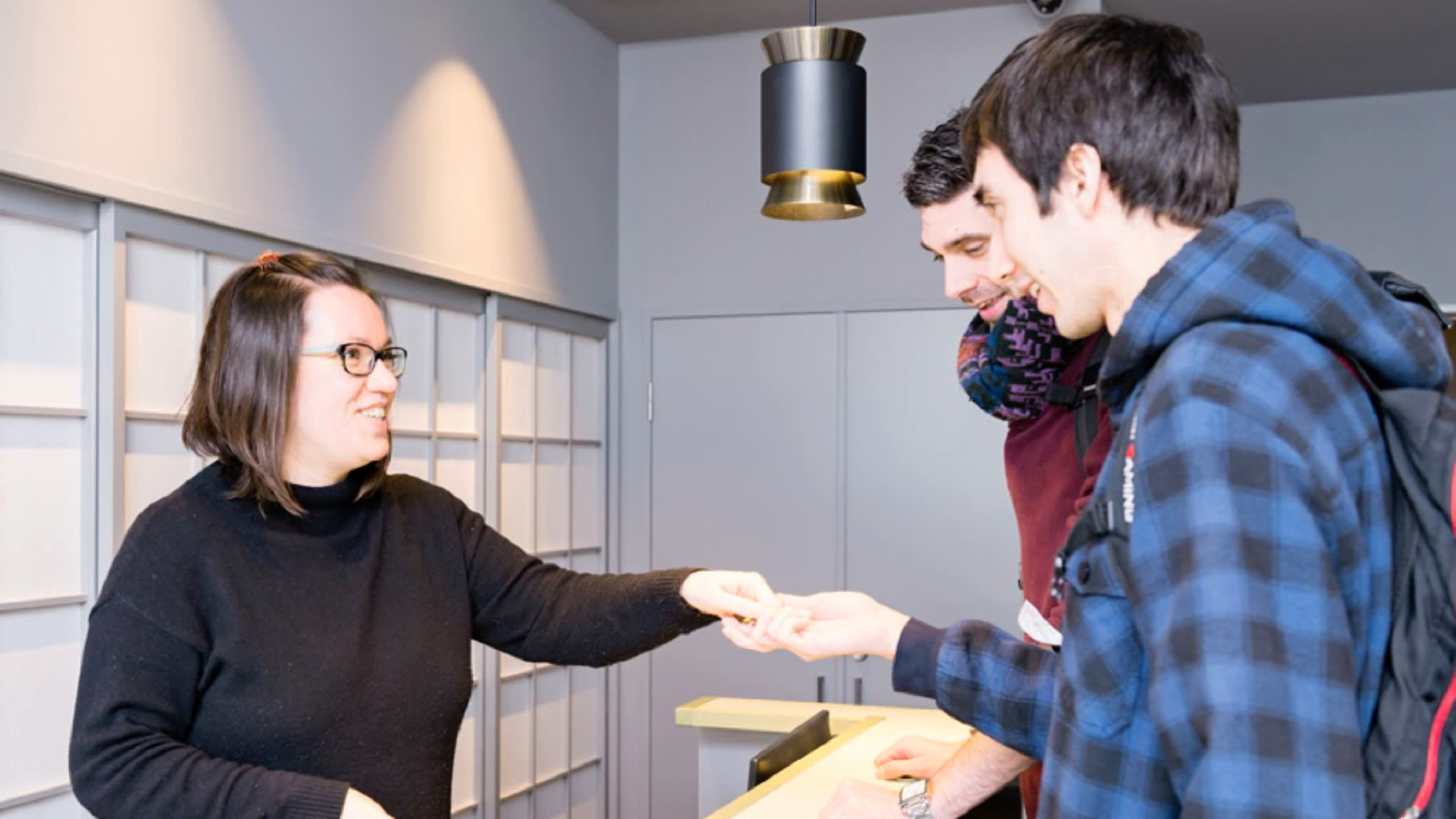 Guests staying at Hyakusenrenma home shares in Osaka will be able to check in at a nearby hostel.
Nikkei staff writersJune 14, 2018 06:37 JST | Japan
CopyCopied

Japan's new home-sharing law, set to go into effect Friday, requires hosts to verify guests' passports and other personal information either in person or digitally. Many hosts feel that check-ins and delivering keys are safer when done face-to-face rather than remotely, for instance, via tablet computers.

Hyakusenrenma, a Sendai-based home-sharing company, will introduce a service this month in Osaka where guests will be able to check in 24/7 at the reception of Bon Hostel, which the company operates. The company will collect fees from hosts of about 8,000 yen ($72) per room per month for check-ins and another 10,000 yen for handling keys.

Hyakusenrenma plans to bring its service to Tokyo within the year. Check-ins there will be handled by the reception desks of hotel chains.

Exchanging keys ranked first on a list of female hosts' concerns, with check-ins and check-outs second, according to a survey released Wednesday by Rakuten Communications, a subsidiary of Rakuten.

The Rakuten group plans to launch a similar service in Osaka as early as this year. Home-sharing unit Rakuten Lifull Stay will create a common reception desk at a lodging facility it operates in the Shinsaibashi district, seeking to handle about five nearby properties.

Staff will perform such tasks as giving and receiving keys, managing the guest register and making copies of passports. The facility has a cafe and bar, where Rakuten Lifull Stay hopes home-sharing guests will eat breakfast. The company expects demand for such services since food is not allowed to be served at vacation rentals without a license.

Meanwhile, FamilyMart and Seven-Eleven Japan have announced plans to start services in which machines installed at their convenience stores allow travelers to check-in and pick up and return keys on their own.

In-person check-ins are preferable to hosts and residents in the neighborhoods who hope that the option will discourage the misuse of the rentals. Visitors to Japan who want to interact with locals may also favor it.

Airbnb-style rentals are new competition for hotels. Still, handling check-in services for the rentals is not a large burden and brings in revenue. Hotels also can expect customers to use in-house services such as restaurants.

Many vacation rentals have been operating without permission and often do not verify the identity of their guests. Hosts often directly hand keys to guests or leave them in mailboxes. Although some hosts have begun to use password keys that only the guests know and tablets to verify guests, such practices are not yet widespread.