Scooter-sharing kicks off in Japan in next stage of sharing

Honda teams with SoftBank-backed startup to offer service in Tokyo 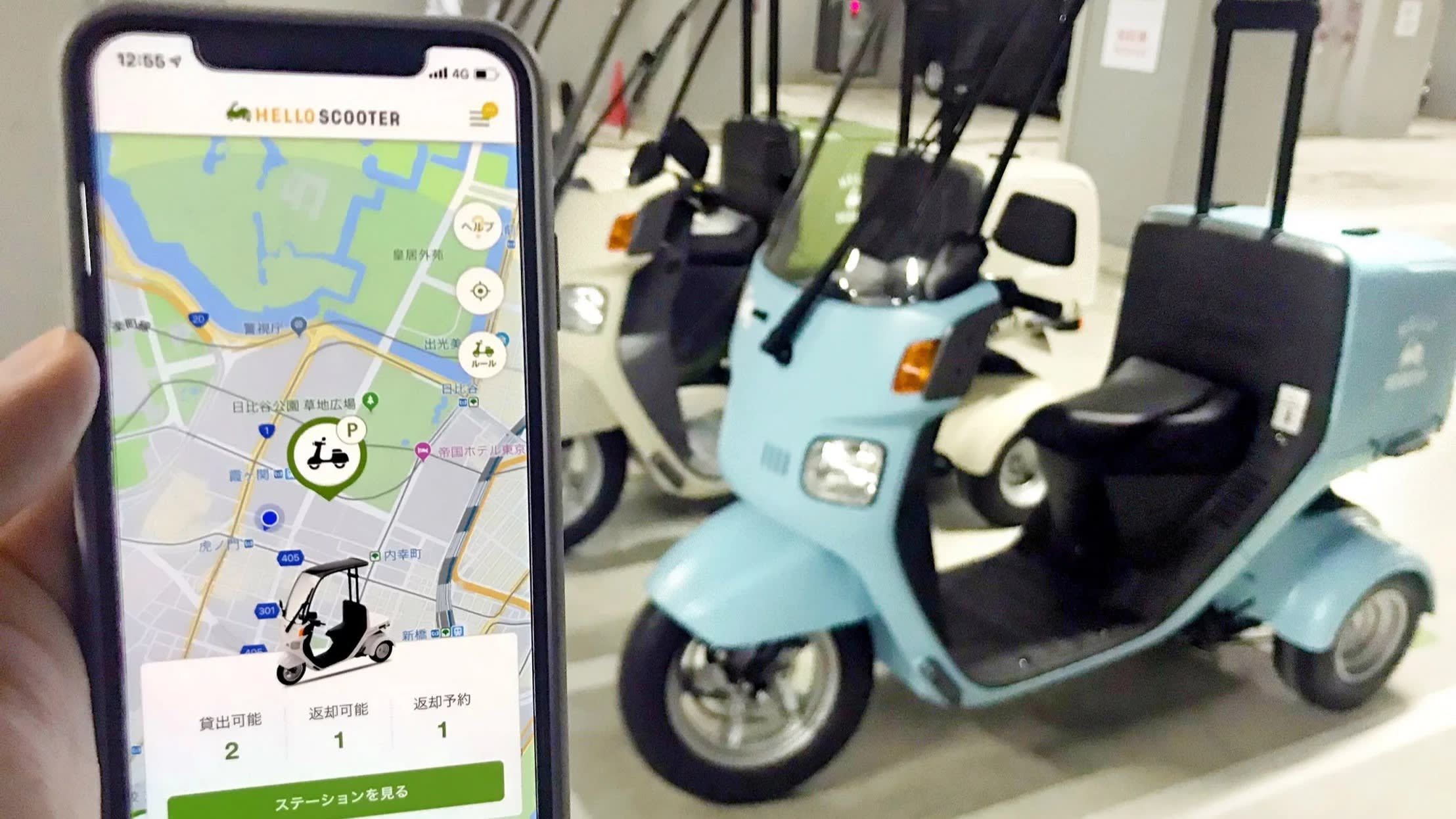 The Hello Scooter app shows vehicle availability and unlocks the scooter's cargo box, which has the key and a helmet inside.(Photo by Tsuyoshi Tamehiro)

TOKYO -- Honda Motor has launched Japan's first scooter-sharing service, teaming with a SoftBank-backed startup in an effort to help offset falling motorbike sales in the country.

The service, which kicked off in Tokyo on Friday, is dubbed Hello Scooter and works just like bike-sharing programs. It lets users rent Honda's roofed Gyro Canopy three-wheeler by using a dedicated app. Twenty vehicles debuted at four stations, including Tokyo's Shinjuku, Hibiya and Meguro districts.

When users press a button on a Hello Scooter vehicle, the app identifies the motorbike and unlocks the scooter's cargo box, which contains the key and a helmet.

Users reserve a return spot in advance, but may return the vehicle to any station as long as it has an open slot.

The service focuses on "safety and convenience," said Akira Yokoi, president of OpenStreet, owned in part by SoftBank and a subsidiary of Yahoo Japan, which itself is a group member of the tech investor.

OpenStreet runs a nationwide bicycle-sharing service called Hello Cycling, with a fleet of about 10,000 bikes as of the end of August. Yokoi says his company wants to expand the scooter service to a similar scale. Plans call for increasing the fleet to 3,400 by April 2021, placing them at the bike-sharing platform's 2,500 rental spots.

SoftBank and the Yahoo subsidiary will use the group's communications networks to collect location and distance data to identify areas with strong demand. Honda's scooters will come with a device for gathering driving data.

As the sharing economy extends into transportation services, cross-industry partnerships involving such players as automakers and telecommunications companies are becoming more prevalent. Honda and SoftBank have led this trend in the motorbike sector.

The scooter market is shrinking in Japan, with sales coming to 143,000 vehicles in 2018 -- down 600,000 units over the past 20 years. Consumers are increasingly embracing electric bikes with a pedal "assist" instead. By gaining greater brand recognition from the new service, Honda hopes to expand sales of its own scooters.