After oBike goes out of business, users wait for deposit refund 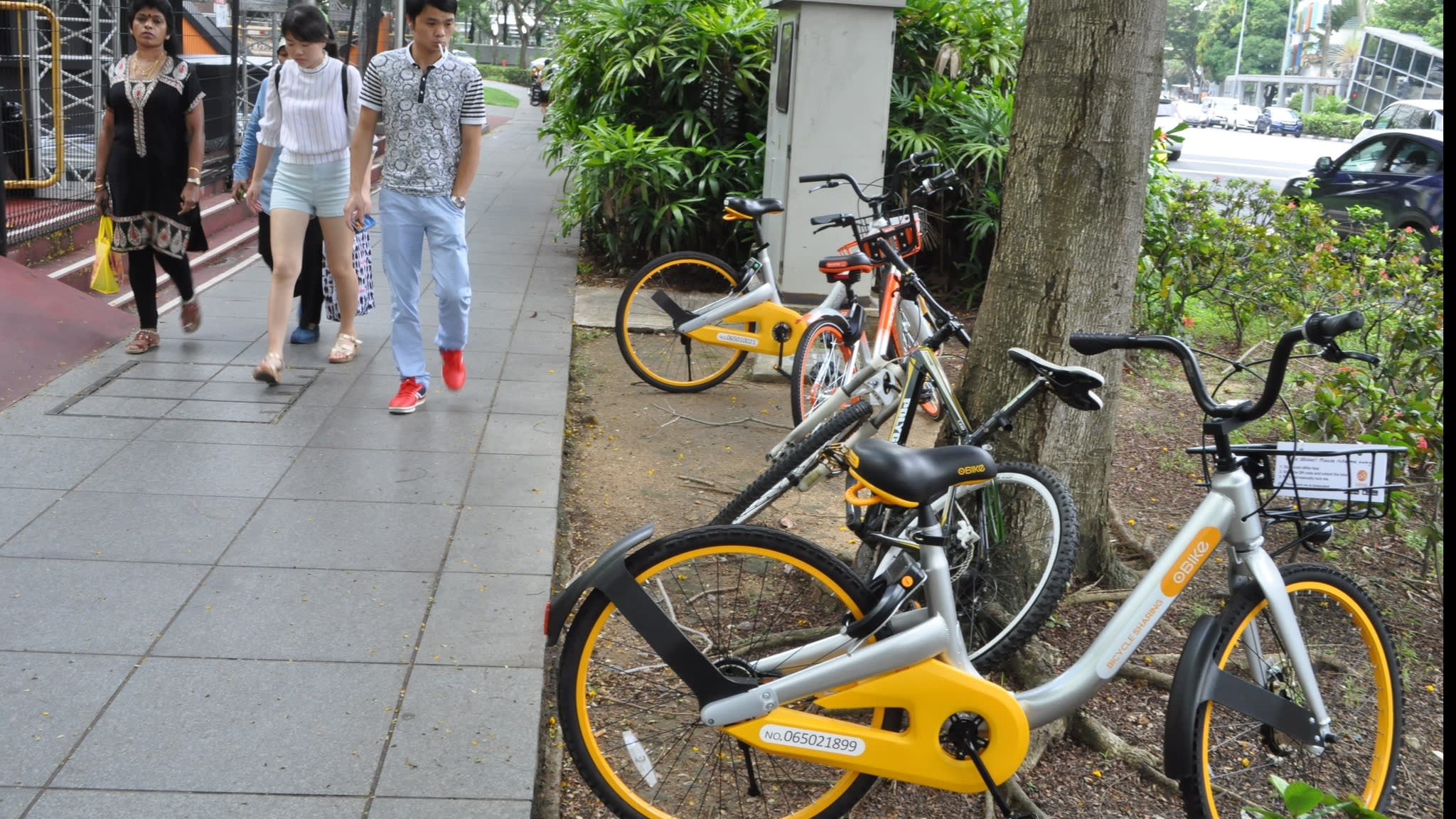 SINGAPORE -- Stronger rules targeting the problem of abandoned bikes in Singapore have driven one bicycle-sharing business to shut down, signaling that a whittling of the industry may be around the bend.

The oBike service, which claims 1 million registered users, said Monday it would cease operations that day. The abrupt closing left the company's surprised users in limbo, unsure whether their deposits of 49 Singapore dollars ($36) will be returned.

The homegrown company founded by entrepreneurs from China announced the shutdown on its mobile app and Facebook page, blaming Singapore's new requirements and guidelines for the exit.

The amended Parking Places Act, passed by the parliament in March, requires bike-sharing companies to be licensed. A stricter standard on the way will mandate that operators adopt a QR-code-based system to ensure that users park bikes in designated spots at the end of their rides. Operators that fail to comply will face penalties such as a maximum fine of S$100,000, reduction of fleet size and the suspension or cancellation of licenses. Applications are now being accepted, and licenses will be granted in the October-December quarter.

Under current regulations, operators are fined S$500 for bikes left at an improper place. The companies have tools to encourage users to be responsible when they park bikes. But in practicality, riders can dump the bikes anywhere, creating a nuisance on roads and an eyesore in parks.

The unexpected shutdown of oBike leaves consumers with the short end of the stick. Users have filled the company's Facebook page with thousands of comments seeking the return of their S$49 deposit. An online petition attracted more than 3,000 signatures within two days. The company has not replied to email inquiries by users on how to receive a refund.

The Land Transport Authority of Singapore offered this suggestion: "Affected consumers should make a request for the refund of their deposits or subscription fees with oBike if they have not already done so." The agency recommended that unhappy individuals contact a nongovernmental consumer protection body.

After an unprecedented boom last year, the bike-sharing market in Singapore appears to be entering the consolidation stage, as bike dumping spurs the government to tighter regulations.

Bicycle-sharing services penetrated Singapore swiftly beginning in early 2017, led by Chinese giants Mobike and Ofo as they aggressively expanded their fleets. Local startups lifted the market to six companies at the peak, competing with discounts and promotions. The city-state has an estimated 100,000 shared bikes.

The withdrawal by oBike follows the move by GBikes, which threw in the towel earlier this month. Two weeks ago, oBike pulled out of Melbourne, Australia, where a steep fine was introduced for abandoned bikes.

"I assume oBike felt that this is not a good business anymore," said Lee Der-Horng, a professor at the National University of Singapore's Department of Civil and Environmental Engineering. Companies must fork out more investment to meet the new regulations, and tight competition keeps revenue and profit under pressure. "Days to come, more small operators will have no choice but to leave the market," Lee said.

It is unknown how many operators the government will license. Mobike is applying for a license to continue operating in Singapore, the company told the Nikkei Asian Review. The operator also will work with local regulators "to implement a proper and fair framework for users," said Sharon Meng, country manager of Mobike Singapore. Mobike is a part of Meituan-Dianping, China's service booking "super-app."