TOKYO -- Located near the defunct Tsukiji Market, once one of the largest fish markets in the world, Tsukiji Hongwanji temple is the icon of the Jodo Shinshu sect of Buddhism, which dates back eight centuries.

The original temple was erected in the 1600s during the early Edo period. Although it was consumed twice by fire, the main building was reconstructed in 1934 in classical Indian Buddhist style.

Despite the closing of the famed fish market, the revered temple is still a huge tourist draw. And it aims to remain so, thanks to its head priest, who is applying 21st-century corporate management techniques to keep alive -- and reignite -- ancient traditions.

Yugen Yasunaga, 66, who has led the temple since 2015, had a long career at a major Japanese bank and his own human resources company before immersing himself in Buddhism. While heading his HR company, he concurrently served as chief priest of a friend's temple. Tsukiji Hongwanji has always been a major tourist draw and has now become a must-see for visitors to Tokyo.   © Kyodo

Widely appreciated for his religious duties, Yasunaga eventually became a councilor of the sect -- much like an outside director at a business -- before taking charge of Tsukiji Hongwanji at the chief's request.

Upon assuming his duties, Yasunaga was stunned by the appalling business conditions. There were no proper accounting books, not to mention a balance sheet. The only ledger available showed nothing but cash and deposits for assets. Neither fixed assets nor depreciations were booked.

"Basic management, such as customer service, was not understood at all," Yasunaga recalled. Memorial services and other events had been provided to the congregation, but there was little or no effort to improve them. It was as if the congregation was supposed to be grateful for the temple's charity, no matter how it was provided.

"A temple is the same as a corporation. You must consider who are customers, what kinds of services they need, and how much you should charge," Yasunaga told staff and other stakeholders. "You also must consider how to manage collections for the next investment."

Yasunaga sensed the crisis that religion was undergoing at the time, and that the breakdown of the "danka" parishioner system had weakened the relationship between the temple and home, a situation which held more than 50% of temples in chronic deficit.

But stakeholders voiced doubts about Yasunaga's reforms, citing his corporate zeal as being anathema to the temple's long history as a nonprofit, spiritual enterprise.

Yasunaga laid waste to these outdated ideas. He first made the imposing temple more accessible from surrounding streets then put in a reception counter and cafe -- two radical changes that made the edifice feel more inviting.

An 18-dish Buddhist-inspired breakfast at the cafe has since become so Instagramable that long lines are seen almost daily outside the establishment. 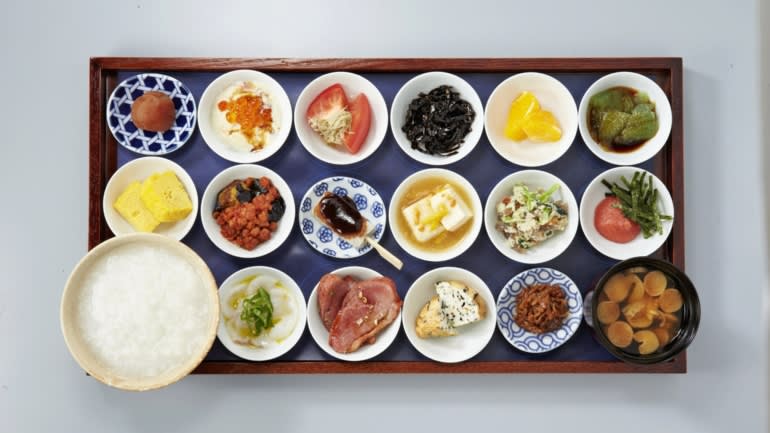 Yasunaga's marketing genius also serves the dead. Amid Japan's plummeting birthrate, many elderly people want to avoid leaving family graves in the hands of younger generations. The temple now receives antemortem reservations for burial in a kind of group grave.

The service features a prayer room showing the engraved names of the dead whose cremated remains are stored within. Interment fees start from 300,000 yen ($2,883) and the temple accepts ashes from anyone. Tsukiji Hongwanji has already received 11,000 reservations and has interred the ashes of 2,500 people.

According to Yasunaga, the group grave was "the result of our studies on how temples should respond to environmental changes."

Ever eager to create more devotees, Yasunaga has established a free membership system called "Tsukiji Hongwanji Club," in the belief that the temple should not only be involved in the afterlife but also be a "supporter for life."

The club conducts events in Tokyo's Ginza shopping district daily, such as Sodan, in which monks comfort the distressed, and Kokoro Academy, which holds yoga and flower arrangement classes. There are also anger management sessions and advice on cleaning up one's life before departing, as well as legal advice on wills and succession of property. One of Tsukiji Hongwanji's outreach events is a yoga class held in Tokyo's Ginza shopping district.

The temple is fully in tune with LGBT values, and performs ceremonial marriages. While some sects of Christianity ban same-sex marriage, Jodo Shinshu calls for saving all people. Although its ceremonies are not legally binding, Yasunaga, as a monk, cannot help but feel happy about such couples, he said.

Tsukiji Hongwanji has introduced a customer-relations system developed by Salesforce.com, an American software company, to help new "customers." The system keeps a database of customers in accordance with their attributes, such as regions and ages, and customizes content distribution for each segment.

"We can approach people in their 60s and older but are short on content for those in their 20s to 50s," Yasunaga said, adding that the temple is trying to fill the gap.

Staff at Tsukiji Hongwanji are struggling to keep up with Yasunaga, who has upended the temple's way of doing things. "Everyone is my enemy," Yasunaga said with a wry smile.

But his radical reform is starting to bear fruit after five years. For example, more than 8,000 people visited the temple daily in 2019, up from an average 4,500 before November 2017.

Although the number of visitors is limited this year amid the coronavirus crisis, club membership has climbed to 23,000.

As chief priest, Yasunaga is always busy, be it morning chores, memorial services or whatever else he finds on his agenda. When he takes a breather, he contemplates the temple's future.

"Artificial intelligence has raised questions about the meaning of work, while the coronavirus has made life difficult," he said. "Buddhism is now being asked how it should renew itself."

Shinran, a Japanese Buddhist monk considered to be the founder of Jodo Shinshu, was said to be a non-conformist in Japanese Buddhism. Like the revolutionary Shinran, Yasunaga sees himself in a similar fashion.