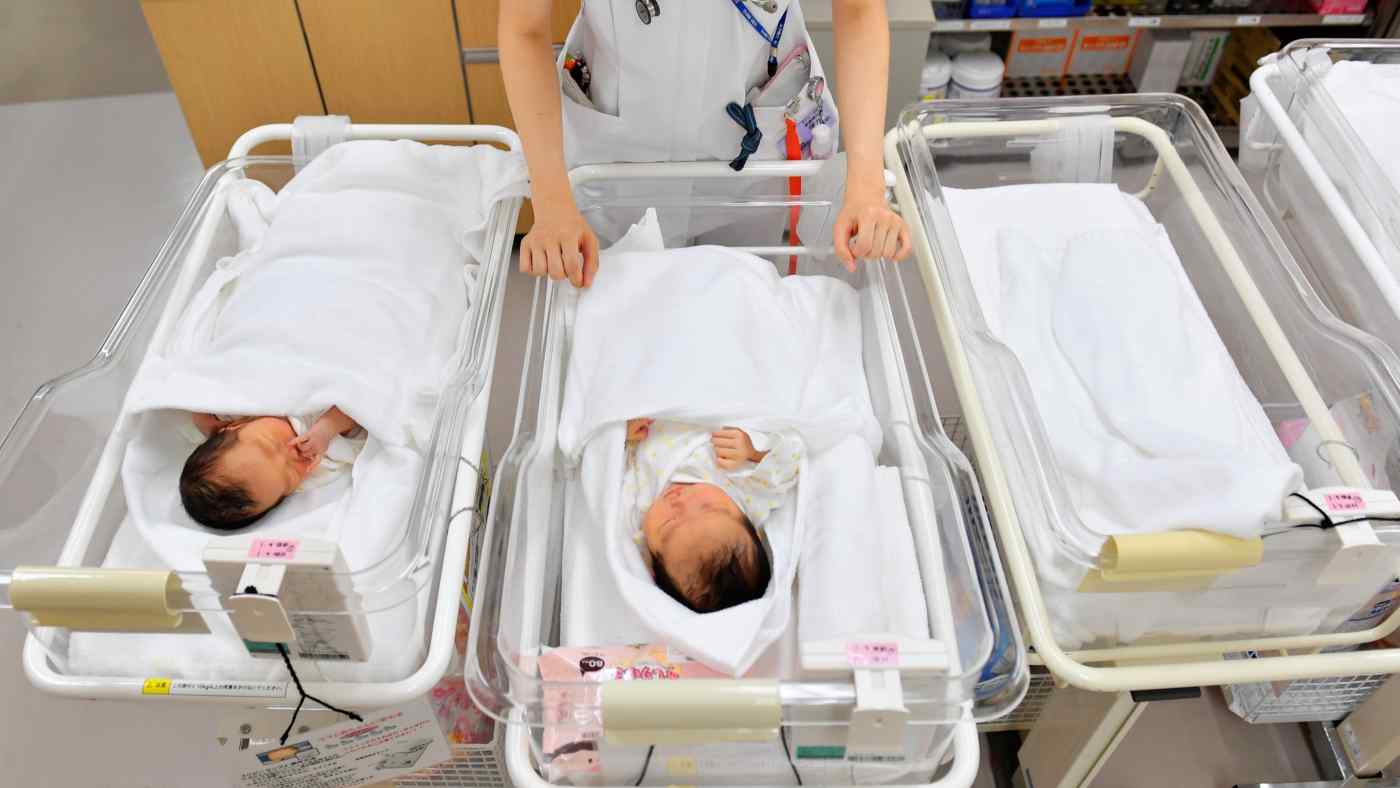 TOKYO -- Births in Japan and the U.S. are forecast to fall next year as the economic toll of the coronavirus pandemic prompts young people to think twice about getting married and having children.

In Japan, which saw its population decline for the 11th consecutive year in 2019, births will drop about 10% in 2021, predicts Hideo Kumano at the Dai-ichi Life Research Institute. There were 860,000 births last year, dipping below 900,000 for the first time since tracking of the data began.

"Economic constraints such as job losses among non-regular workers will lead to an increase in young people avoiding marriage and childbirth for some time," Kumano said.

Japan had 32,544 marriages in May, according to data from the health ministry. The figure plunged two-thirds from the same month a year ago -- when many people tied the knot to coincide with the change in era of Japan's traditional calendar as a new emperor ascended the throne -- and was down more than 30% from May 2018.

In South Korea, marriages in April dipped 20% on the year.

Japan's birthrate declined to a 12-year low of 1.36 in 2019. A senior official at the health ministry warned that the figure will likely fall further this year and next.

But such declines are not limited to Asia. Babies born in the U.S. could decline by 300,000 to 500,000 next year compared with 2020, according to a research paper by the Brookings Institute, a Washington-based think tank. This would amount to a roughly 10% drop in country's 3.7 million average annual births.

"A deeper and longer lasting recession will... mean lower lifetime income for some people, which means that some women will not just delay births, but they will decide to have fewer children," the report states.

History has shown that births decline during economic crises. The economic slump following the 2008 financial crisis was a factor behind the roughly 400,000 decline in births in the U.S., according to the Brookings Institute.

Young people have been hit hard as concerns over jobs and income spread around the world. Among people aged 18 to 29 around the world, 17.1% said they have not worked since the pandemic took hold, an online survey by the International Labor Organization found. Even those who are working saw their hours shrink 23%, leading to less income.

"The pandemic is a once-in-a-century health crisis, the effects of which will be felt for decades to come," World Health Organization Director-General Tedros Adhanom Ghebreyesus has said. The more time is needed to bring the pandemic under control by developing a vaccine, the longer economic activities will suffer.

In developing nations, there are concerns that strain on the health care system will hurt vulnerable populations. UNICEF warned that deaths of children under five years of age from preventable diseases will grow by 1.2 million in six months as measures to deal with COVID-19 consumes medical resources.

A study by the University of Washington has projected that the world's population will peak at 9.7 billion in the 2060s and then fall to about 8.8 billion at the end of the century. The pandemic could accelerate this decline. Although a smaller population reduces the usage of resources and eases the burden on the environment, it leads to weaker demand and limits the labor supply. Technological innovation will become more important than ever to boost potential economic growth.