Tens of thousands demonstrate against Mandarin requirement in schools 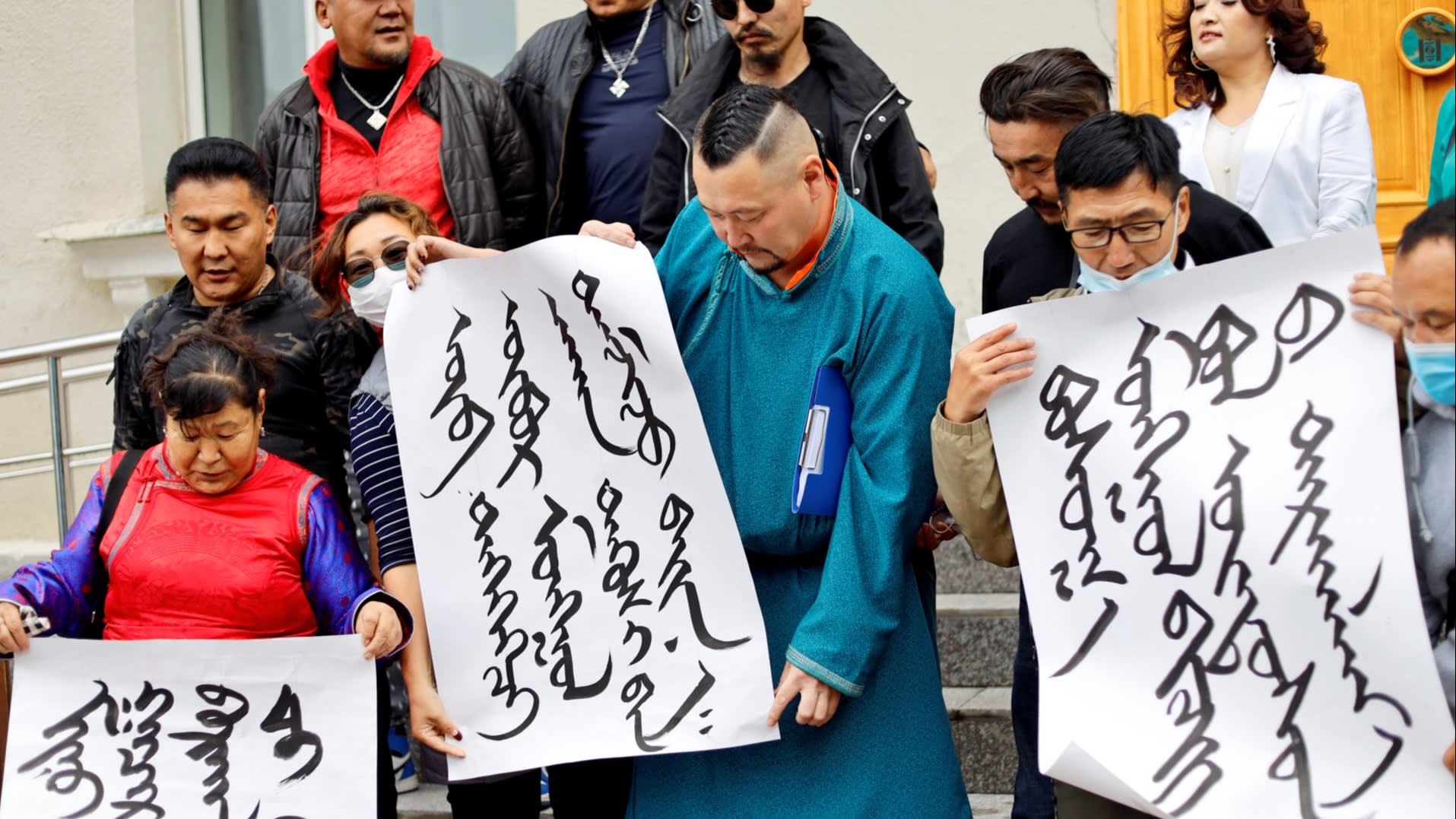 DALIAN, China -- China has arrested or detained about 130 people in connection with recent protests in the Inner Mongolia Autonomous Region against compulsory Chinese-language education in elementary and middle schools.

The tally was compiled by Nikkei based on announcements by local authorities on WeChat since the curriculum change was announced in late August. Arrests were reported in the regional capital of Hohhot as well as in Tongliao, Chifeng, Ordos and Bayannur. Allegations cited by authorities include participating in demonstrations, inciting protest on social media and breaking into schools locked down by police.

Many parents have kept their children home from school, with Agence-France Presse reporting tens of thousands of people participating in demonstrations or school boycotts. Multiple people have taken their own lives in the protests, according to the U.S.-based Southern Mongolian Human Rights Information Center, a nongovernmental organization.

The nongovernmental organization said on Monday that it estimates at least 4,000 to 5,000 ethnic Mongolians have been put under some form of police custody over the last three weeks.

Under the new policy, the regional government will have three subjects -- Chinese language and literature, ethics and law, and history -- taught entirely in Mandarin rather than Mongolian in all schools by 2022, as well as switch to Mandarin textbooks. While schools already had some Mandarin-language education, this will increase the amount of class time using the standard language.

"It is every citizen's right and duty to learn and use the national common spoken and written language," Foreign Ministry spokesperson Hua Chunying said early this month.

But she said "the unified textbooks of the three subjects will not affect the setting of courses of other subjects in schools teaching ethnic languages," adding that "the current bilingual education system will not be changed."

The outcry against the new policy has sparked a clampdown by local authorities, who have deleted social media posts about the protests and warned public-sector employees that they would be suspended or fired if they kept their children home from school. Officials have posted photos of more than 100 people on social media along with requests for information.

According to the Southern Mongolian Human Rights Information Center, arbitrary arrest, detention, disappearance and house arrest are widespread, and that those being rounded up include not only prominent dissidents and their family members, but also writers, grassroots activists and netizens. As Inner Mongolia is a name given by Han Chinese, Mongolians refer to the region as Southern Mongolia.

"Massive student hunts are sweeping the region. Even in the most remote rural communities, the police presence is so heavy," a Mongolian parent said in an audio statement quoted by the human rights group. "The entire Southern Mongolia has been turned into a police state."

China had about 5.98 million ethnic Mongolian residents as of the 2010 census. The Mongolian language "is not only used in conversation but also supports the culture, through folk songs, for instance," said a senior official at an Inner Mongolia-related organization based in Japan.

"A lot of people are concerned that children will lose Mongolian language skills," the official said.

Though China's constitution guarantees the country's 55 ethnic minority groups the "freedom to use and develop their own spoken and written languages," President Xi Jinping's government has ramped up requirements for education in standard Mandarin. Mandarin textbooks covering the three subjects were introduced in the Xinjiang Uighur Autonomous Region in 2017 and in Tibet in 2018.

"As in Xinjiang and Tibet, the Chinese authorities appear to be putting political imperatives ahead of educational ones," Sophie Richardson, China director at Human Rights Watch, said earlier this month. "While Mongolian students are being told they'll still have some classes in Mongolian, their concerns about it being phased out are entirely warranted."