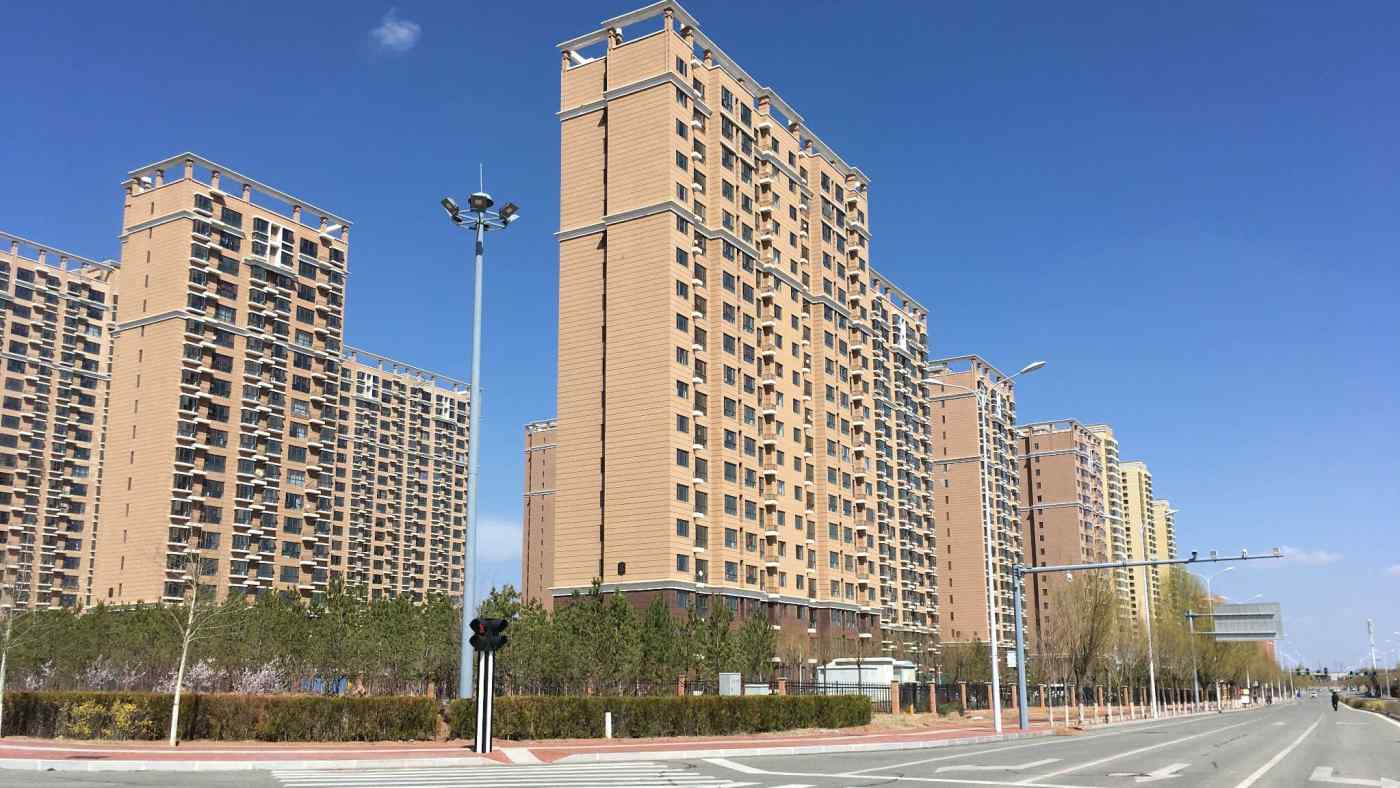 ORDOS, China -- Kangbashi, a town in the middle of barren Inner Mongolia deserts, once found itself stuck with rows of newly built-but-vacant apartment buildings, earning a nationwide reputation as a guicheng, or ghost town.

Now the district in the city of Ordos is back. Having sold previously empty apartments, Kangbashi town is building more high-rise complexes. "We're not a ghost town anymore," a local property sales manager said with a laugh.

The secret to the reversal of the town's fortunes is the intense competition among high school students, and their parents, to be accepted into China's top universities. Once municipal officials moved some of the city's top schools into Kangbashi, the so-called tiger parents followed and property prices -- along with new investment -- soared.

At a condominium showroom, a salesperson explained fluctuating condominium prices here over the past 10 years.

Work on a new urban center in Kangbashi gained momentum in 2009, as the 4 trillion yuan ($610 billion at current rates) that the central government pumped into the country's economy after the global financial crisis sent coal prices soaring and fueled a frothy property market in Ordos. The well-respected Ordos No. 1 High School was relocated to Kangbashi to boost housing demand in the "ghost town." (Photo courtesy of Baidu)

Locals uniformly credit the trend to vastly improved school choices for residents. Top-quality schools like Ordos No. 1 High School, which has sent students to leading universities in Beijing, were moved to Kangbashi.

"They sort of forced great teachers to relocate by enticing them with [housing] at half the price," the person said.

Tight regulations surrounding school districts require parents who want to send children to a particularly coveted school to own a home within the district, driving up prices to levels that have raised broad concern. Properties near good schools in Beijing or Shanghai can go for millions of dollars.

With the area's "ghost town" status seemingly shaken off, the local government began approving condominium construction again last year for the first time in eight years. As many as 10 projects are set to be greenlighted by the end of the year, according to the person at the showroom.

Some Chinese media outlets have celebrated Ordos as a model for how to deal with housing gluts, but the truth is that this is not an uncommon tactic. Tianjin, for example, built a new school in the area hit by the August 2015 explosion to help sell housing there. 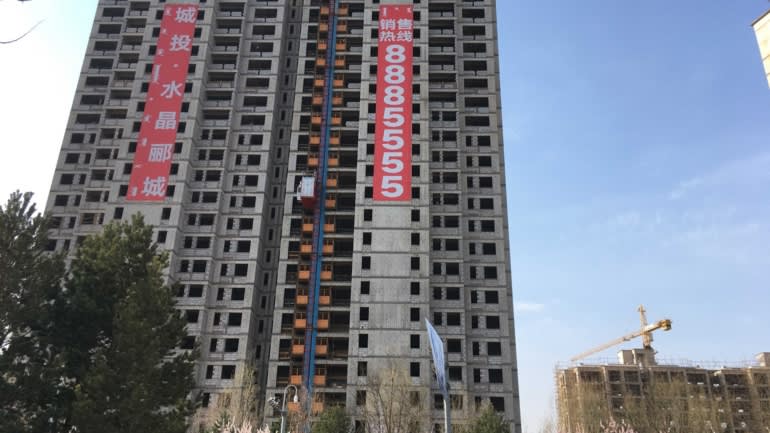 Apartment blocks are under construction again in Ordos after new real estate development approvals were granted in 2020. (Photo by Iori Kawate)

The prioritization of property sales over the education system underscores China's dependence on real estate to drive its economy and fund government spending. Comments arguing that real estate is "holding China hostage" are a common sight online.

The deluge of national housing investment that helped power China's record-breaking 18.3% GDP bounce last quarter has some observers warning of a potential glut.

According to Haitong Securities, over 30% of economic growth from last spring to the end of 2020 can be accounted for by real estate investment, more than the field's average contribution over the past decade. Many local governments could not make ends meet without income from land sales for housing and property tax revenue.

The development that helped power China's recovery from the coronavirus outbreak has left lower-tier cities with a buildup of excess homes. New condominium inventories reached a four-and-a-half-year high by square footage around the end of last year, according to E-House China R&D Institute. On top of this, population growth has stalled. The number of people in their 20s and 30s -- the prime homebuying age -- is already shrinking. In Ordos specifically, the population grew nearly 5% annually on average in the six years through 2012, but the growth rate has plunged to an average of 0.6% since the bubble ended.

School moves have a striking impact, but only a temporary, limited one. Tianjin and Inner Mongolia still languish near the bottom of China's 31 provinces and provincial-level cities in terms of economic growth.