Nine Chinese who died were working on Belt and Road project 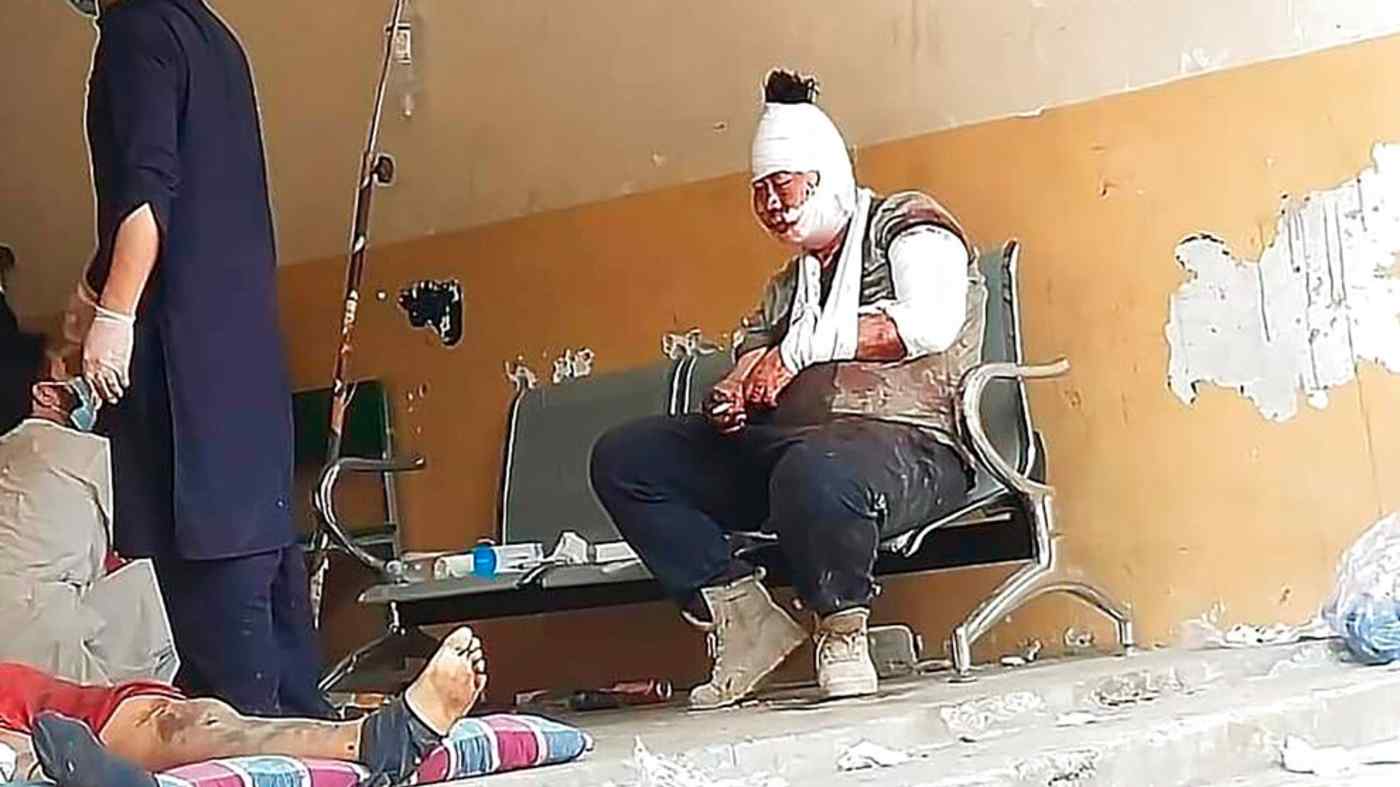 A Chinese national, who was injured in the bus accident, after receiving treatment at a hospital in Kohistan Kohistan district of Pakistan's Khyber Pakhtunkhwa province on July 14.   © AP
July 18, 2021 01:06 JST | China
CopyCopied

PESHAWAR, Pakistan (Reuters) -- Chinese investigators, accompanied by Pakistani counterparts, on Saturday visited the site of a bus explosion in which 13 people, including nine Chinese workers, were killed this week, multiple sources said.

The blast in northwest Pakistan on Wednesday sent the bus hurtling over a ravine. Pakistan initially blamed a mechanical failure but later said traces of explosives had been found and terrorism could not be ruled out.

The Chinese investigators were expected to spend up to four hours at the site to study it closely, one senior Pakistani administration official told Reuters, asking to remain anonymous as he was not authorized to speak to the media.

Two other senior government officials confirmed the visit. Pakistan's foreign ministry and its military's public relations wing did not immediately respond to requests for comment.

Beijing had initially called it a bomb attack but backed away from the assertion after Pakistan stated it was an accident. Later Beijing said it would send a team to help investigate the matter jointly with Pakistan.

Authorities in China have expressed alarm at the incident.

A Chinese tabloid run by the ruling Communist Party's official People's Daily called it the most serious attack on Chinese nationals in recent years.

China is a close ally and major investor in Pakistan, and various militants opposed to the Pakistani government have in the past attacked Chinese projects and citizens.

Chinese Premier Li urged his Pakistani counterpart to hold accountable the culprits for what he described as a "terrorist attack."

"The Chinese have taken it very seriously and sent a large contingent of trained investigators to find out the nature of the blast and reach the culprits," a government official closely monitoring the situation told Reuters.

He said the police, counterterrorism department and Pakistan army were collectively involved in the investigation.

The Chinese workers killed on the bus were employed at the Dasu hydroelectric project, part of the China-Pakistan Economic Corridor (CPEC), a $65 billion investment plan aiming to link western China to the southern Pakistani port of Gwadar.

CPEC is part of Beijing's massive Belt and Road Initiative.