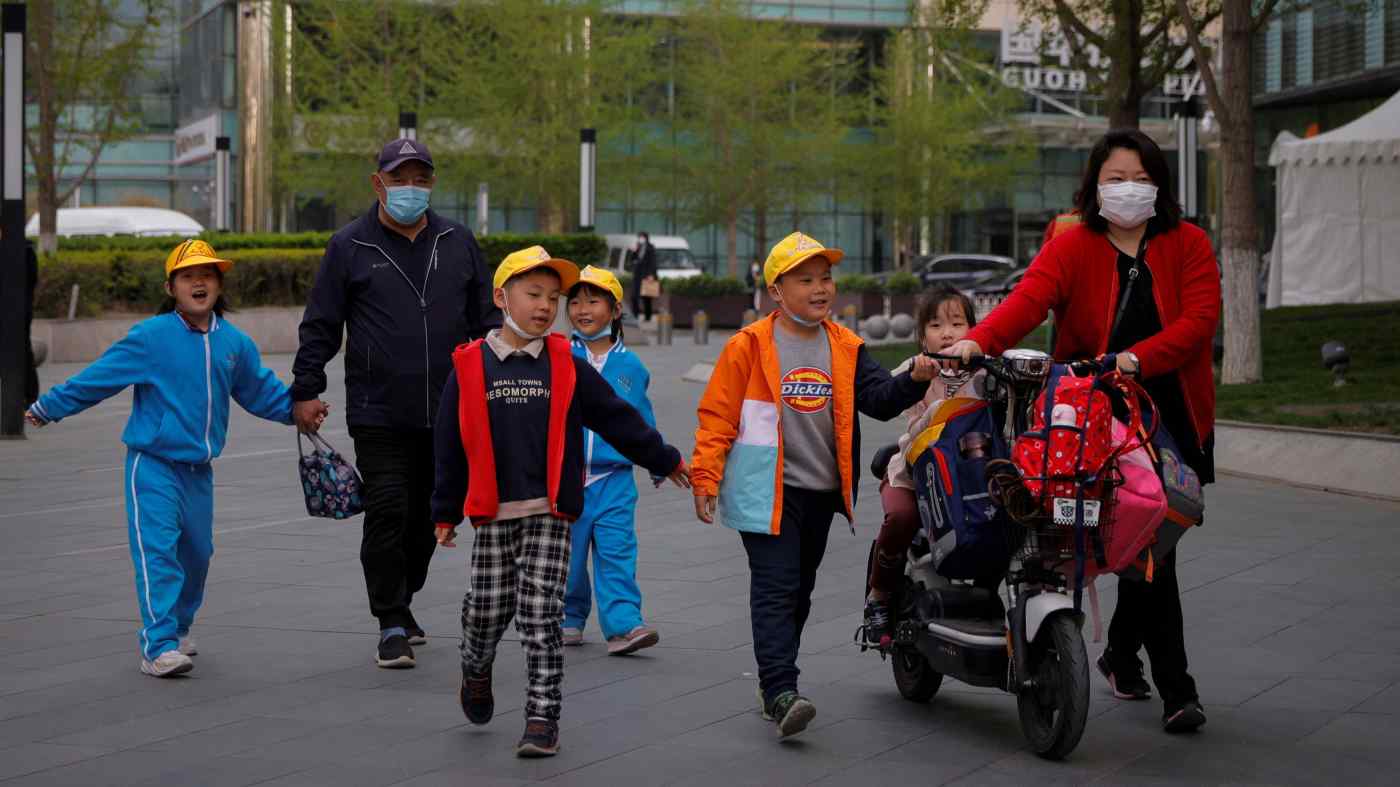 Children are picked up from a school in Beijing on April 6. China relaxed its family planning policy in 2015, allowing couples to have two children instead of just one.   © Reuters
April 28, 2021 14:06 JST | China
CopyCopied

BEIJING (Financial Times) -- China is set to report its first population decline since the famine that accompanied the Great Leap Forward, Mao Zedong's disastrous economic policy in the late 1950s that caused the deaths of tens of millions of people.

The current fall in population comes despite the relaxation of strict family planning policies, which was meant to reverse the falling birth rate of the world's most populous country.