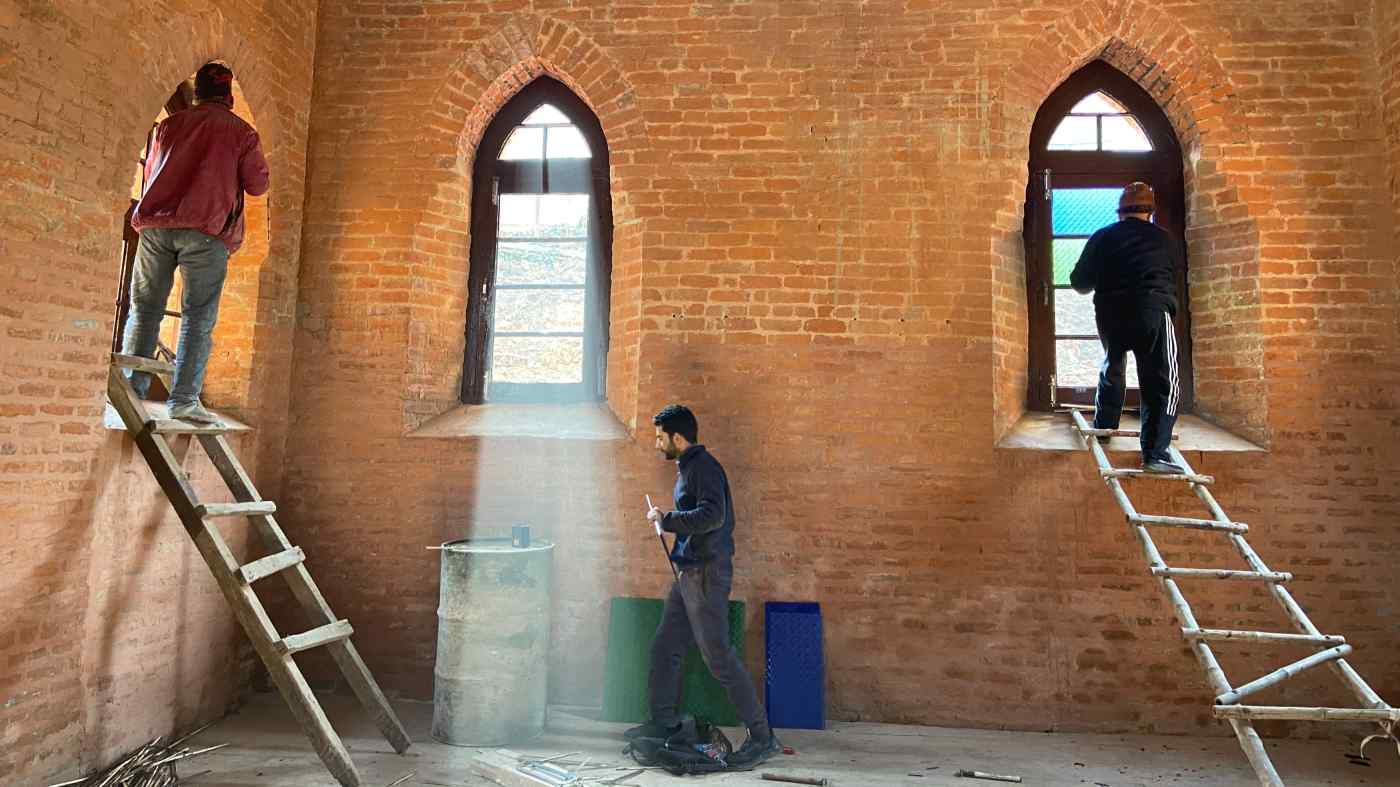 SRINAGAR, India -- Farooq Ahmad Gilkar, a senior restoration expert and mason here in India's mostly Muslim Kashmir region, was overwhelmed by the opportunity he was presented with not so long ago -- bring back the majesty of St. Luke's Catholic Church, a 125-year-old structure that had been left rotting for decades.

The finishing touches were being applied early on Christmas Eve, and the church originally built by missionary doctors was to reopen for prayers later in the day.