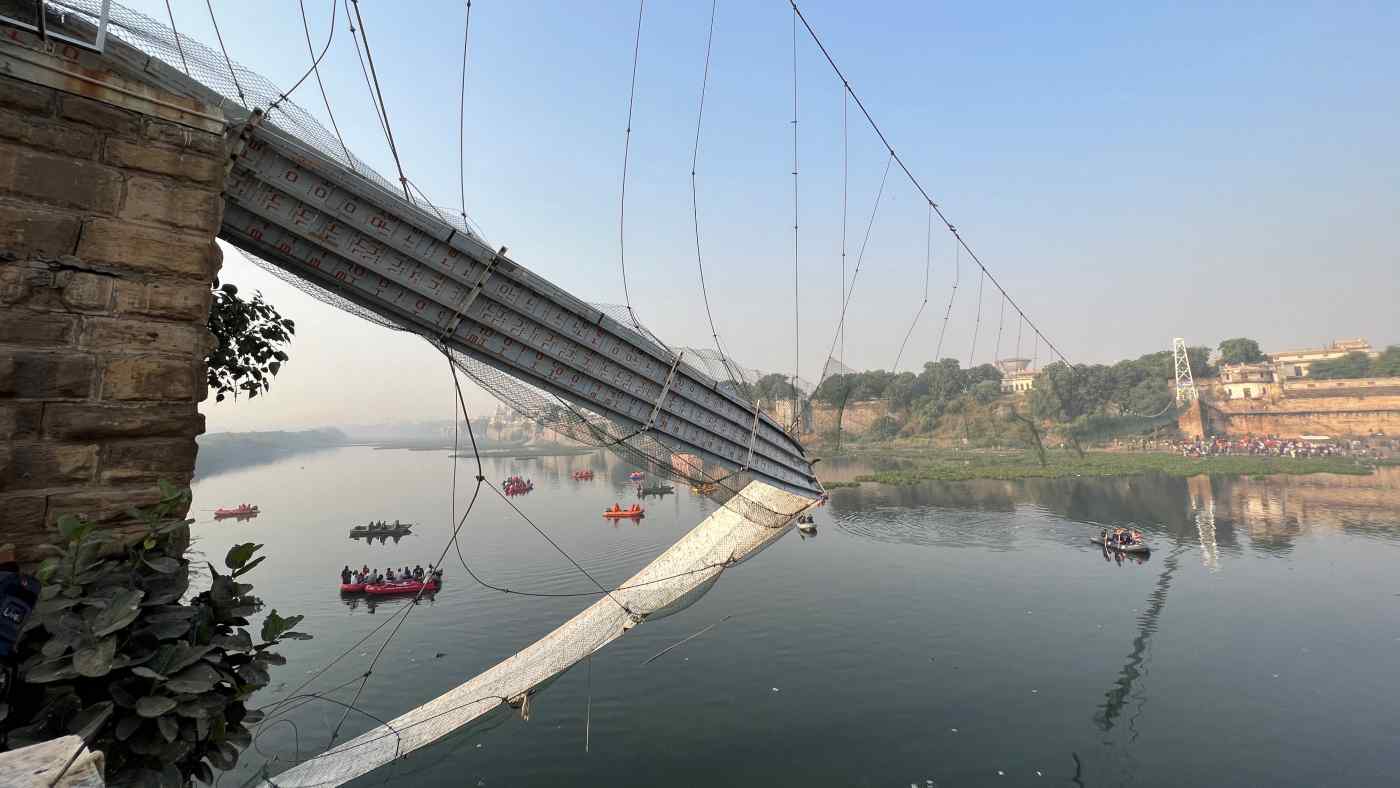 AHMEDABAD, India (Reuters) -- The death toll from a suspension bridge collapse in India rose to 134 on Monday and officials fear the number could grow as authorities opened a criminal case into one of the deadliest accidents in the country in the past 10 years.

The colonial-era footbridge over the Machhu River in the centre of Morbi town was packed with sightseers enjoying holiday festivities when it collapsed on Sunday evening, plunging people about 10 metres (33 feet) into the river below.

Some 400 people had bought tickets to get onto the bridge to celebrate the Diwali and Chhath Puja festivals, less than a week after the span was reopened following renovations.

Video footage from the site in the western state of Gujarat on Monday showed rescue workers in inflatable boats searching the river for bodies.

"The death toll in the bridge collapse incident has gone up to 134. The search and rescue operations are continuing," said a senior official, NK Muchhar, adding that the toll could rise.

Police registered a criminal case against unnamed persons responsible for the renovation, maintenance, and management of the bridge. Gujarat-based electrical appliances maker Oreva group was in charge of maintaining the bridge, but a spokesperson for the company did not respond to calls seeking comment.

The government has formed a five-member team to investigate the disaster.

A witness who identified himself as Raju told Reuters partner ANI that he saw people hanging from the bridge but they slipped and fell into the river.

"I brought a lot of children to the hospital," he said.

"In this hour of grief, the government is with the bereaved families in every manner. The Gujarat government is carrying out relief and rescue operations since yesterday. The central government too is extending all help to the state government," he said.

Armed forces personnel along with national disaster management and emergency teams from nearby districts were deployed to trace missing people and help with rescue operations, Muchhar said.

"The only challenge is that this is muddy water that causes visibility issues," he said.

"We suspect that there might be people trapped under the floor of the bridge."