Families say goodbye to victims of Halloween crush in Seoul 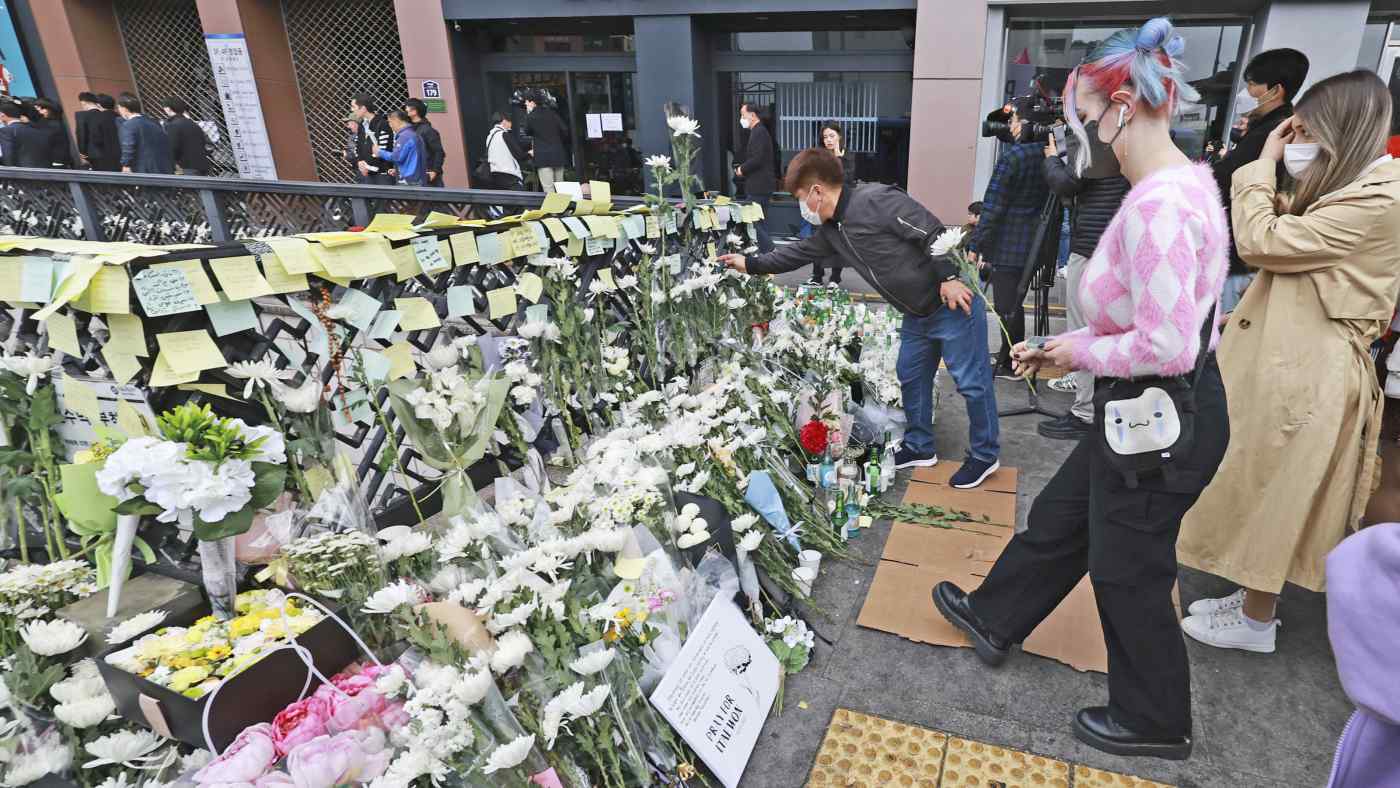 GOYANG, South Korea -- As people in Seoul begin to hold funerals for the victims of the weekend's Halloween festival stampede, the police have admitted their response to the incident was inadequate.

The solemn ceremonies taking place around the South Korean capital stood in stark contrast to the panic during the crush in the popular central Seoul entertainment district of Itaewon.