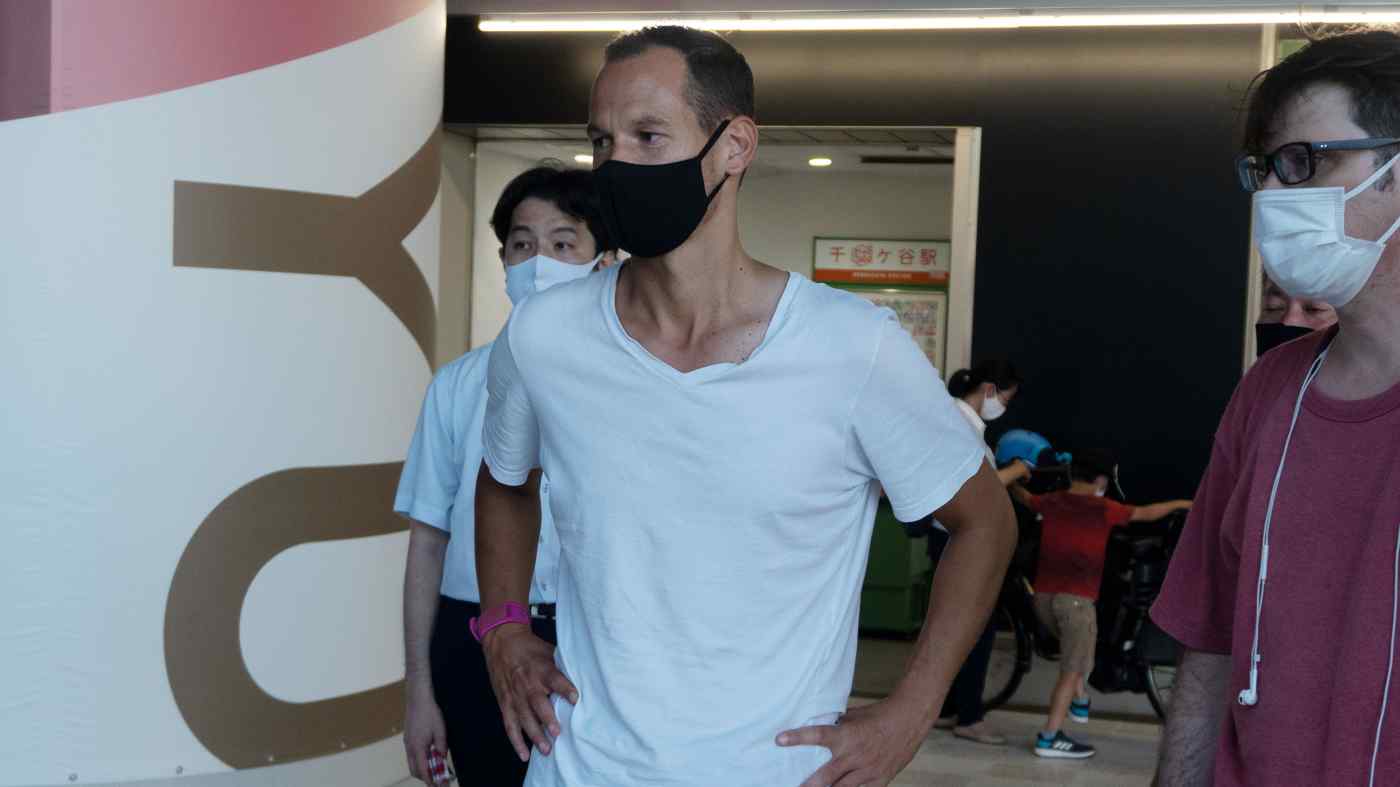 Vincent Fichot, a French father whose children were abducted by his wife, began a hunger strike outside the Olympic Stadium on July 8 in a bid to persuade both the French and Japanese governments to act. To his side is Scott McIntyre, an Australian who has been separated from his two children since 2019. (Photo by Francesca Regalado)
FRANCESCA REGALADO, Nikkei staff writerJuly 22, 2021 16:56 JST | Japan
CopyCopied

TOKYO -- When French President Emmanuel Macron arrives in Japan on Friday, he will be the only leader of a developed nation to attend the opening ceremony of the Tokyo Olympics.

In Tokyo, the French president is expected to meet Prime Minister Yoshihide Suga and have an audience with Emperor Naruhito, as well as promote the 2024 summer Games in Paris. But Macron's most consequential meeting in Japan may be with his own countryman.