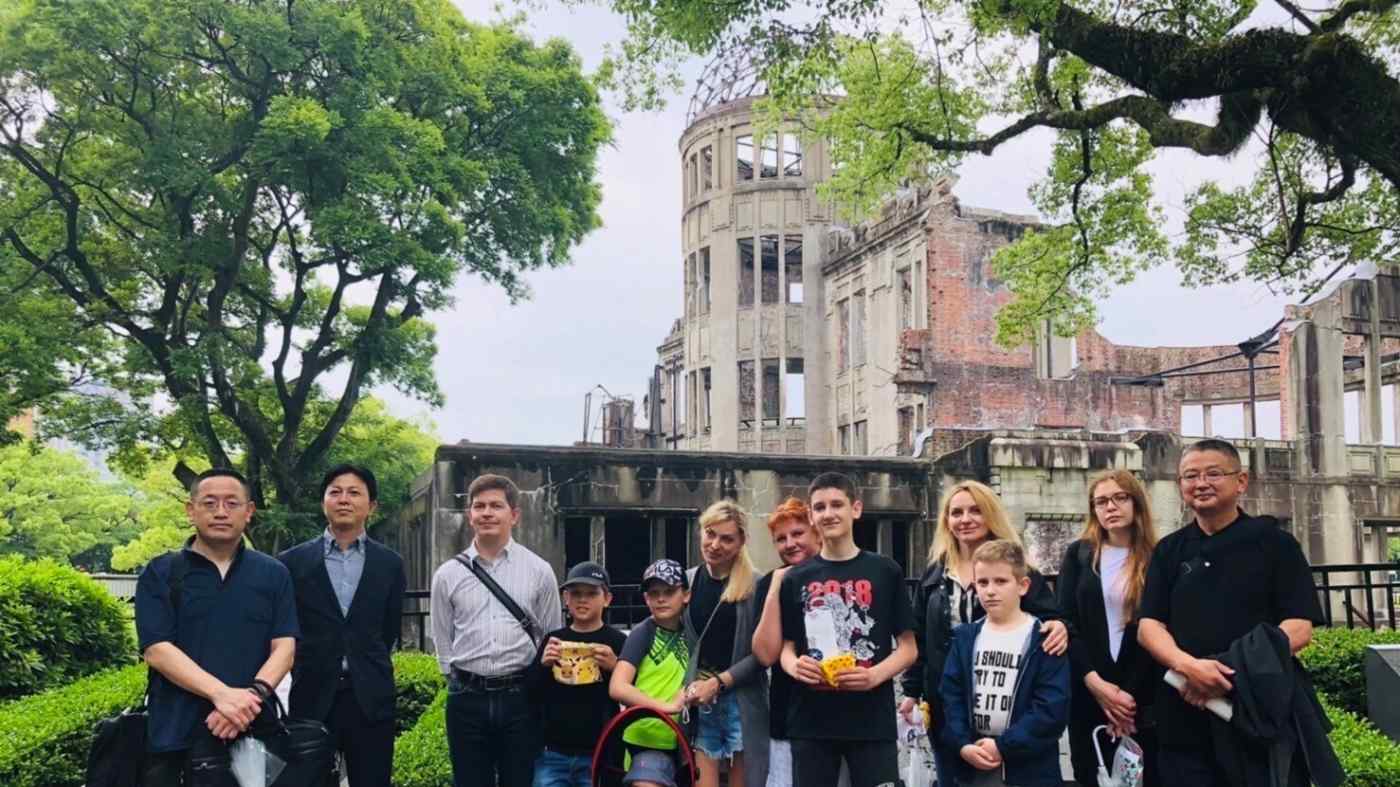 A group of Ukrainians who fled their country after Russia's invasion visit the Atomic Bomb Dome in Hiroshima in May 2022.
KOJI MURAKOSHI and ATSUKO SANO, Nikkei staff writersAugust 5, 2022 11:26 JST | Japan
CopyCopied

OSAKA, Japan -- With the world facing a heightened risk of nuclear war due to Russia's ongoing invasion of Ukraine, Japanese of all ages now tell the stories of those who experienced "the terrifying fires" of the Hiroshima and Nagasaki atomic bombings 77 summers ago.

The U.S. dropped "Little Boy" on Hiroshima on Aug. 6, 1945, then detonated "Fat Man" over Nagasaki three days later. By the end of the year, some 140,000 people had reportedly died in Hiroshima and 70,000 in Nagasaki. Many others were left wounded, and survivors, known as hibakusha, still suffer from their burns and diseases like leukemia.