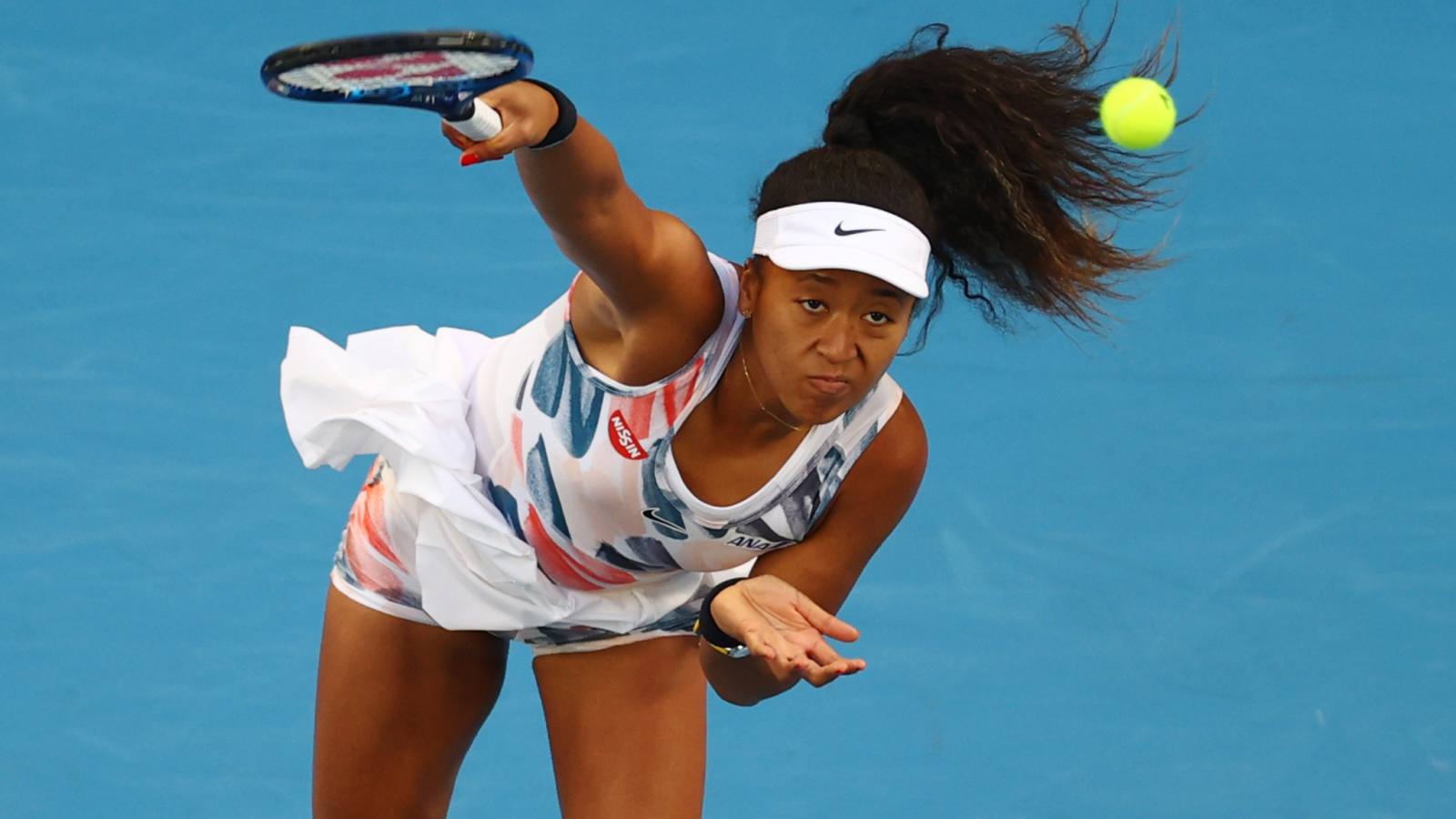 Over 1,000 turn out at Tokyo 'Black Lives Matter' rally to protest racial discrimination In pictures: Thais pitch in to help others in need 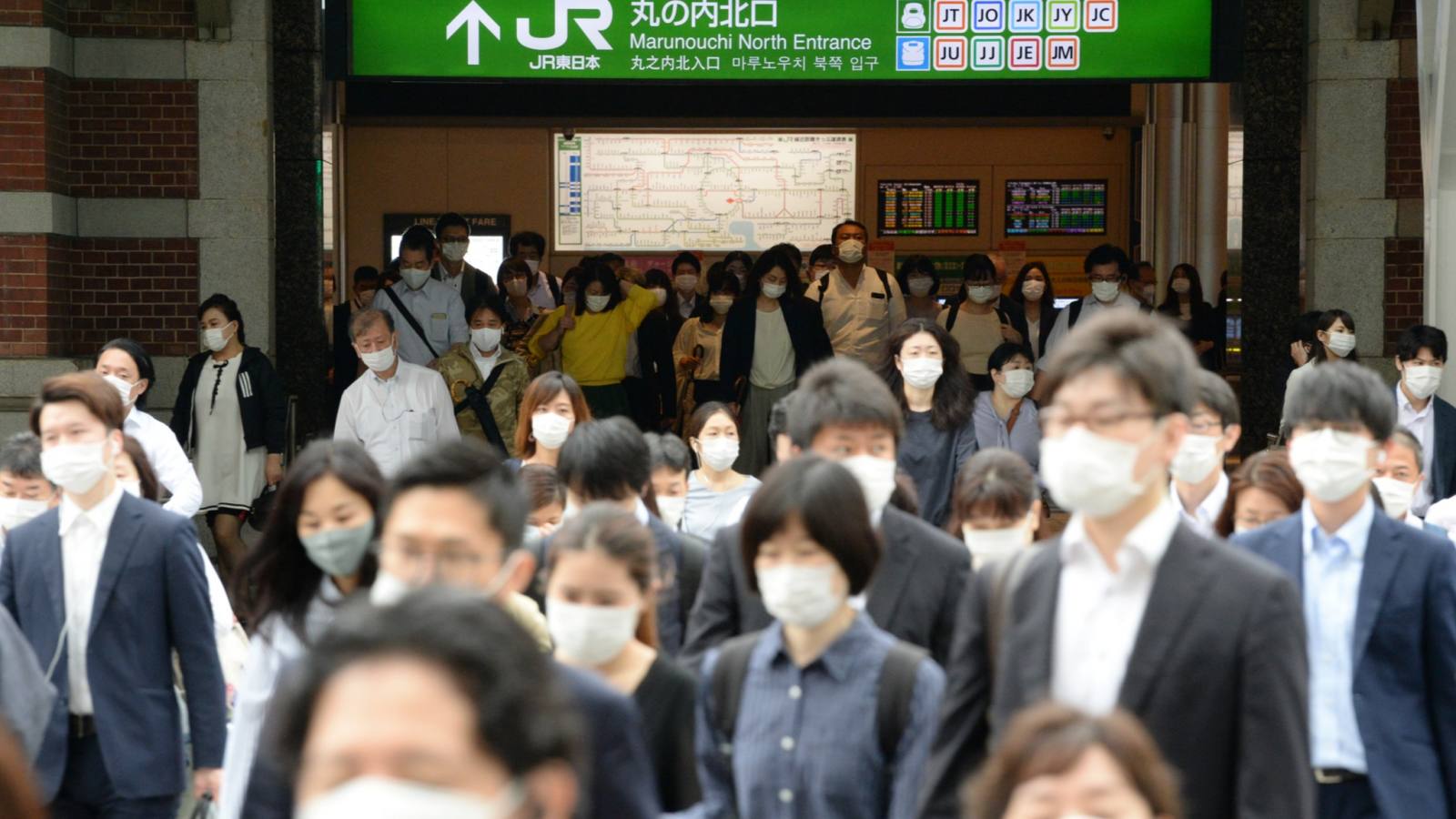 Extended holiday kicks off to deserted temples and empty stations 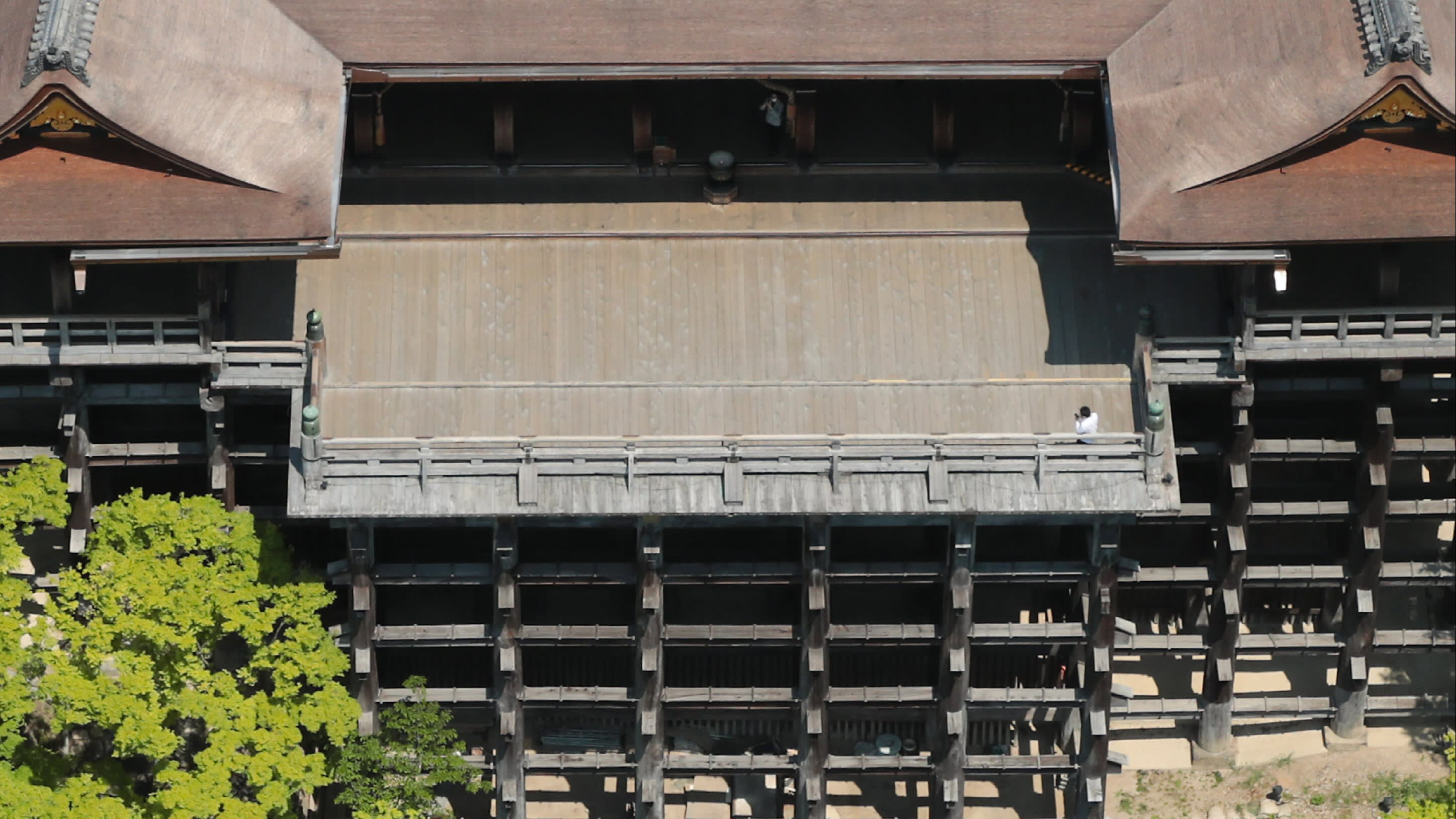 OSAKA -- The ubiquitous crowds and traffic of Japan's Golden Week holidays have all but disappeared this year. With the government declaring a nationwide state of emergency to combat the coronavirus outbreak, sightseeing destinations, train stations and highways are largely empty as residents stay close to home.

Golden Week kicked off Wednesday and runs through May 6. The extended break, which includes a string of public holidays, usually provides workers, students and families the chance to travel or return to their hometowns to see family and friends.

But as national and local governments call on residents to stay at home to curb the pandemic, this year's Golden Week has left much of the country resembling a ghost town with theme parks shuttered, beaches abandoned and bustling neighborhoods eerily quiet.

Kyoto temples were empty. The main footpath to Kyoto's Kiyomizu-dera temple was all but deserted on Wednesday, with few people on the grounds. The iconic wooden stage, usually teeming with tourists, was occupied by a lone visitor at one point. Although the temple is open during Golden Week, booths offering charms and visitation stamps are closed through May 6.

The UNESCO world heritage site draws throngs of foreign tourists, yet this year "overall visits have declined, with almost no one from abroad," according to a temple representative. 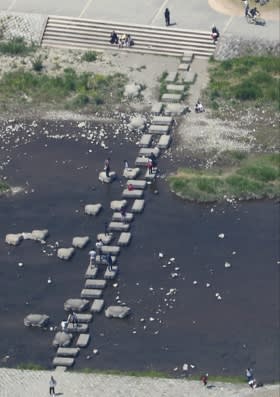 The banks of the Kamo River attracted walkers and joggers on Wednesday. (Photo by Maho Obata)

The government has advised the public to avoid the "three Cs" -- closed spaces with poor ventilation, crowded areas and close-contact settings. Favorable weather in Kyoto drew residents to the banks of the Kamo River that runs through Kyoto for a walk or a jog.

Meanwhile, the popular Pontocho and Kiyamachi neighborhoods, known for their streets lined with traditional Japanese residences, were quiet. As the outbreak has spread, many trendy and exclusive dining spots have temporarily shuttered. On Saturday, the first day of a stay-at-home week urged by the Tokyo government, few people were seen in front of Tokyo Station. Ridership for the weekend was low, with bullet train operators JR East and JR Tokai reporting passenger numbers below 10% for their unreserved seats on Sunday. These seats had no passengers on some bullet trains servicing routes to the north and northeast upon departing Tokyo.

Crowds gathered on the beaches surrounding Enoshima, south of Tokyo, on April 19 as stay-at-home fatigue appeared to set in, drawing the attention of authorities. Beaches around Enoshima were much less crowded last weekend.   © Kyodo

"Please go home if you are here for sightseeing or recreation," Takashi Matsuo, mayor of the adjacent city of Kamakura, said over the public warning system on Saturday morning. He walked around the city while urging residents to stay home. 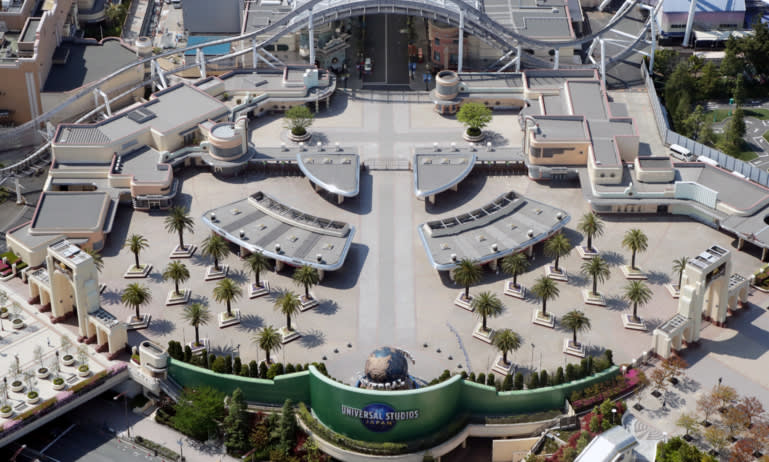 Universal Studios Japan in Osaka has suspended operations through at least mid-May. There is no public access to the theme park's plaza with the trademark globe. Only a few staff members have been spotted on the grounds. Hogwarts Castle looms over the empty Harry Potter area of the park, a sharp contrast with the sight of families enjoying an outing before the pandemic. 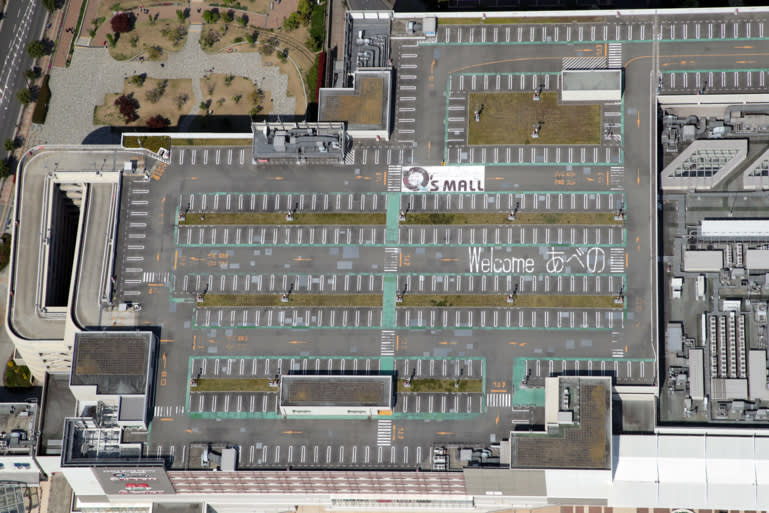 Nearly all of the 230 shops in Abeno Q's Mall, a popular shopping destination in Osaka, are temporarily closed. Not a single car was parked in the rooftop lot. With the nearby Abeno Harukas -- Japan's tallest building with shops and a museum -- also closed, the district has been desolate. The Oyamazaki junction between Osaka and Kyoto. (Photo by Maho Obata)

The main highway connecting Osaka and Nagoya has an interchange infamous for traffic logjams during Golden Week. But on Wednesday, the flow at the Oyamazaki junction -- northeast of Osaka -- was smooth, with transport trucks dominating the roads. Rest stops along the way had few cars or people, a rare sight for an extended holiday.

With plans to extend the state of emergency by as much as a month being considered by the central government, these scenes may become commonplace in Japan until June.