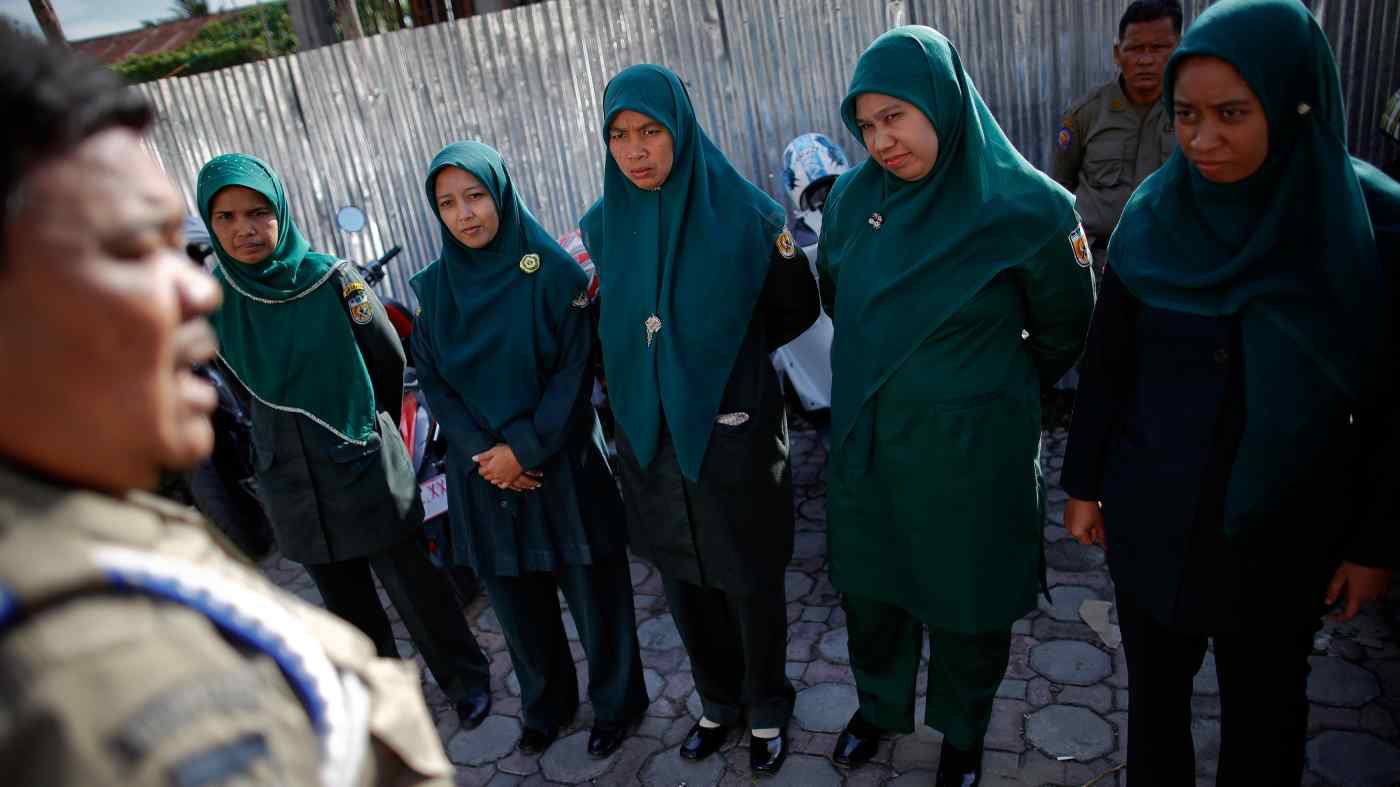 Members of the Shariah police listen to a commander's instructions before going on patrol in Banda Aceh, the capital of Aceh Province, the only part of Indonesia with the authority to enact widespread Islamic law. Following West Sumatra's new law, Islamic rules and regulations might be enforced in more regions across the country.   © Reuters
AISYAH LLEWELLYN, Contributing writerJuly 31, 2022 10:00 JST | Indonesia
CopyCopied

MEDAN, Indonesia -- A new law enacted in West Sumatra Province in Indonesia is worrying human rights activists and local minority groups alike as fears grow that it could lead to more Islamic laws being signed into force across the country that might restrict the rights of minorities.

Indonesia is the world's most populous Muslim nation, yet its constitution guarantees freedom of religion and the secularity of the government. In addition, many Indonesians still follow adat, or customary law, in each community.