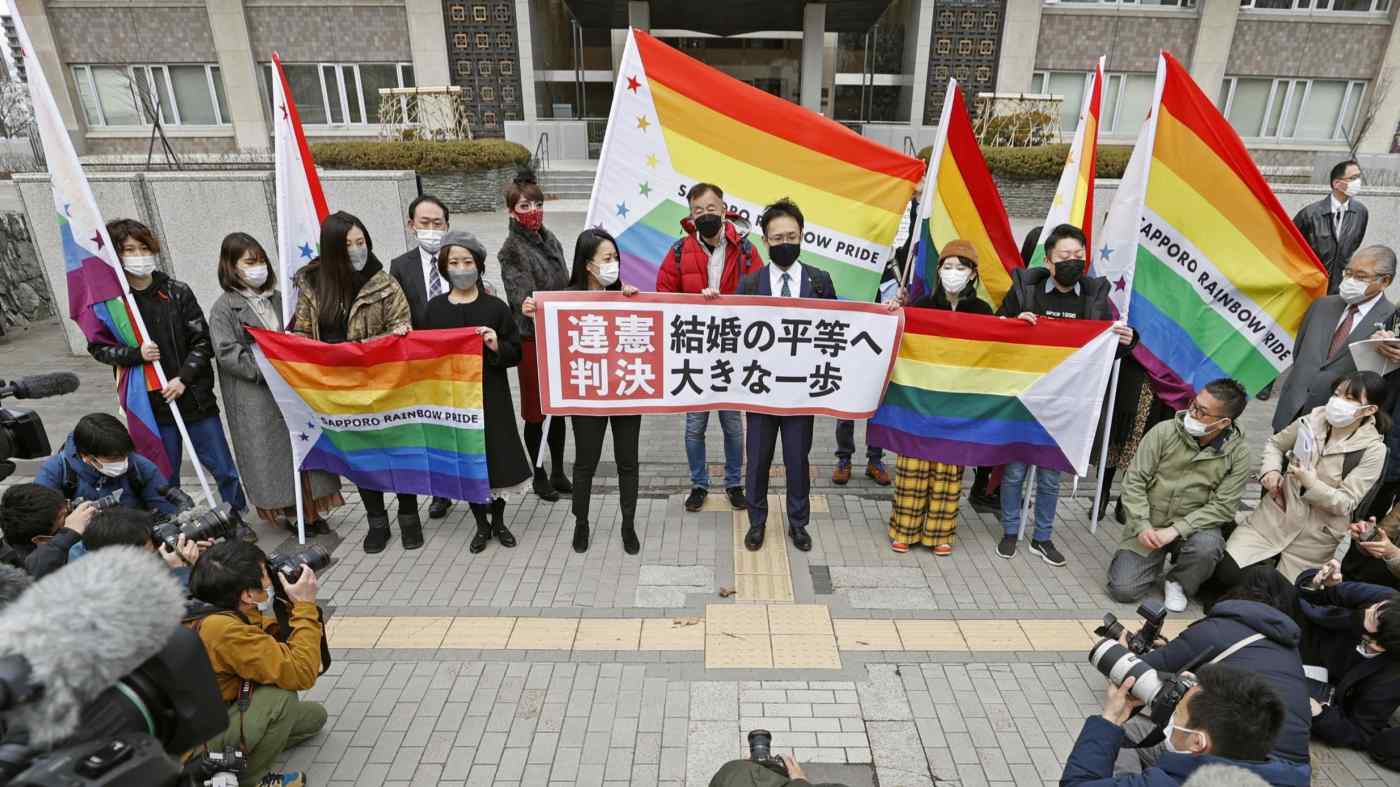 Companies in Japan have welcomed a ruling by a district court in Sapporo that failure to recognize same-sex marriage is unconstitutional, believing a legal change would help them attract talent.   © Kyodo
RURIKA IMAHASHI and FRANCESCA REGALADO, Nikkei staff writersMarch 18, 2021 16:22 JST | Japan
CopyCopied

TOKYO -- Businesses in Japan have welcomed a recent court ruling that the government's failure to recognize same-sex marriage is unconstitutional, saying the decision will help them better serve customers and employees and attract global talent.

In a first for the country, the Sapporo District Court on March 17 ruled that denying marriage equality is contrary to the equality principle enshrined in Article 14 of the constitution.

"The legalization of same-sex marriage will have a positive impact on attracting the best talent and taking good care of employees," said Moriaki Kida, who is currently regional chief operating officer at EY Japan and will take over as CEO of the accounting specialist in July.

Kida, who himself is gay and lived overseas from childhood until after graduating college, said the lack of legal protection for LGBT+ people was one reason he put off returning to Japan.

Japan is the only country in the Group of Seven industrial nations not to recognize same-sex marriage. And while nearly 80 municipalities across the country issue "partnership certificates" to same-sex couples, these do not extend the same social security and tax benefits that are open to heterosexual couples.

However, acceptance has grown in recent years, especially among young people. A survey conducted by Dentsu in 2018 found that 78% supported same-sex marriage. Tokyo-based lawyer Naosuke Fujita said the Sapporo court's decision could add to the momentum. "This ruling offers an opportunity to look at hardships that LGBT+ people are experiencing." 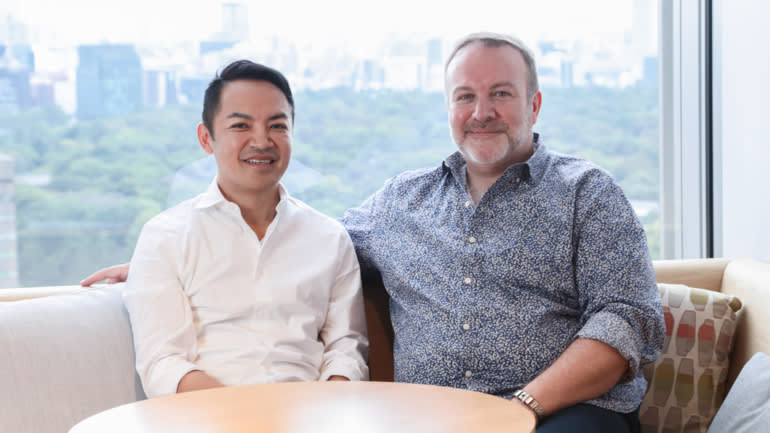 The lack of recognition at the national level has been a particular headache for global companies looking to bring in talent from overseas: Because Japan does not recognize same-sex marriage, employees cannot obtain a spouse visa for their partners, in principle.

EY's Kida experienced this firsthand. His foreign-national husband, whom he married overseas, has not been issued a spouse visa and is thus finding it difficult to reside in Japan on a long-term basis. As a manager, Kida said he also regrets seeing LGBT+ colleagues leave Japan to seek better professional and personal opportunities overseas.

EY is far from alone in recognizing marriage equality as not just a human rights issue but also as critical to their business competitiveness.

As of March, 147 companies and organizations in Japan, including Panasonic, Fujitsu, and KDDI, have signed the Business for Marriage Equality initiative, which recommends that the government extend equal marriage rights to same-sex couples.

"The businesses have said, 'Look, we need to bring international talent, and we need to retain Japanese talent,'" said Alexander Dmitrenko, head of Asia sanctions at international law firm Freshfields and co-chair of the Lawyers for LGBT & Allies Network.

In many ways, companies have outpaced the government in providing services and care for LGBT+ customers and employees. In 2015, Lifenet Insurance began allowing same-sex partners to receive insurance payouts, a first in Japan at the time. The company also welcomed the Sapporo court's decision.

"The ruling is of great significance to realize a world where financial services can be delivered fairly to all people," Ryosuke Mori, president of Lifenet Insurance, told Nikkei Asia.

PwC Japan, meanwhile, offers cash gifts and honeymoon leave for employees who register their "life partners," the same benefits that heterosexual employees receive when they marry.

Maki Muraki, head of nonprofit organization Nijiiro Diversity, said that companies are moving faster on this front than the national government and can trigger broader change. "Corporate initiatives will be a major trigger for public opinion to move toward marriage equality," she said.

Muraki believes the Japan's parliament should follow corporate moves, especially given the added hardship that same-sex couples faced during the pandemic, including worries over how they would be treated by their employers or at hospitals if either of them became infected with the coronavirus.

Dmitrenko, the lawyer, echoed the need for a society that is more inclusive of LGBT+ members. "If they're hiding something, they spend more time hiding themselves, creating excuses and stories, missing events, not connecting with colleagues because they're afraid of discrimination and prejudices." he said.

There is also an economic argument to be made: According to Open for Business, per capita GDP is $8,259 higher in LGBT+ inclusive countries than in countries that have no legal protection for LGBT+ people.

"When people are treated equally by law, they will be more productive and more committed," Dmitrenko said.